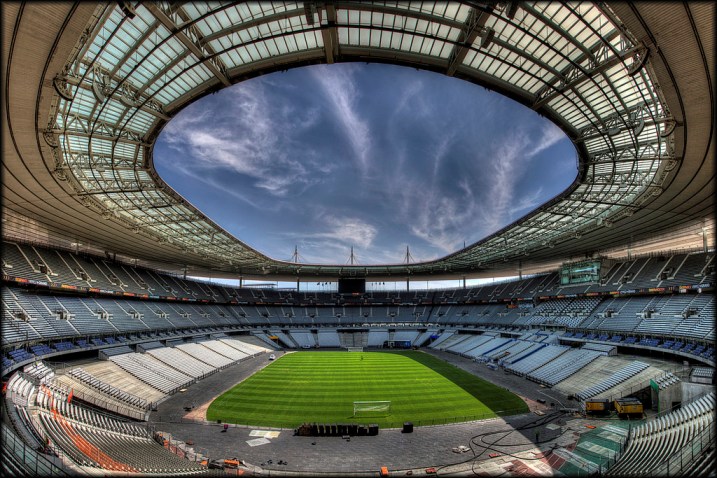 On Sunday 16th October, 400 young football players from 32 different countries will compete on the magical pitch of the Stade de France, with the aim of getting to raise the 17th Danone Nations Cup trophy.

Sponsored by Zinédine Zidane, for more than 15 years the tournament has brought together nearly 2.5 million children in the world.

“Participating in a tournament of this scale is a dream for all of these children,” says Zinédine Zidane.

THE DANONE NATIONS CUP, AN INTERNATIONAL EVENT The largest mixed football competition for children aged 10 to 12 is having a homecoming.

After having been organised in South Africa, Poland, Spain, England, Brazil and Morocco, for the World Final it will return to France.

Franck Riboud, Chairman of DANONE, created this tournament after the ‘98 World Cup’, with his ambition being to create an event for young people reflecting DANONE’s core values.

It is therefore highly symbolic for the tournament to be returning to France during a year in which it will be hosting yet another great football event.

A UNIQUE AND UNFORGETTABLE EXPERIENCE

Over the years, the Danone Nations Cup has earned its stripes and gained credibility in the football world. The competition is backed by ambassadors that are renowned worldwide, such as Blaise Matuidi in France, or Carlos Tevéz in Argentina.

The Danone Nations Cup has also acted as a debut for now great names in football, like Alexandre Lacazette, Phil Jones, and Giovani Dos Santos.

Other than the sporting side of it all, DANONE also intends to provide part of a dream to all the young participants.

The opportunity for the chlidren to travel, set foot on the pitches of legendary stadiums, or meet their idols are all at the heart of the event and contribute to the transmission of values that are dear to the brand, such as solidarity, tolerance, and respect.

“By participating in an event that closely reflects its own values, DANONE wanted to convey what the company holds dear: closeness, openness, humanism and enthusiasm. This competition brings everyone’s dreams within reach, and generates a certain magic that truly unites the children from all 32 countries, each speaking their own language. There’s a unique spirit and connections that greatly overwhelm any differences,” said Emmanuel Faber, CEO of DANONE.