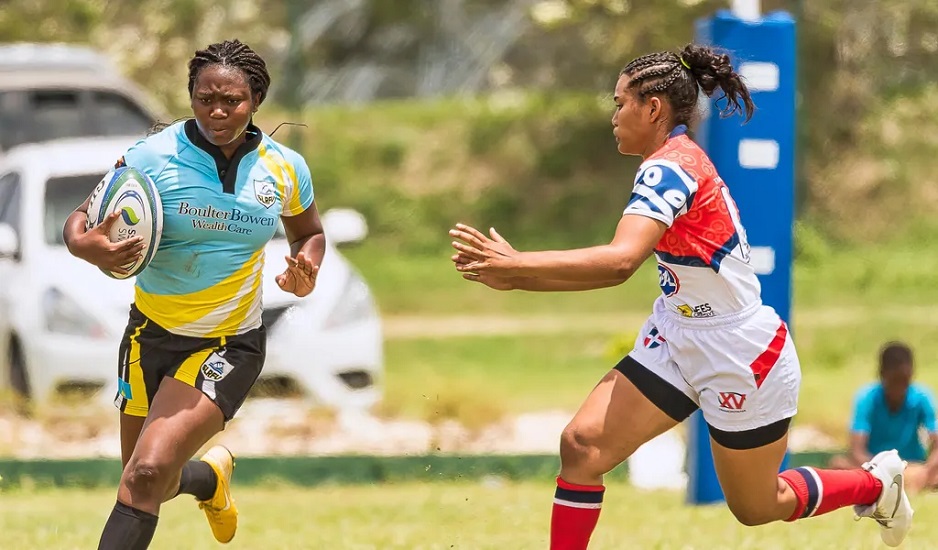 St Lucia ascends to Full Member status, having been an Associate Member

World Rugby membership rises to 132 unions across all continents

Global growth is driven by a surge in interest in women’s rugby, and rugby sevens in emerging nations

St. Lucia ascended to full member status, while the Democratic Republic of Congo, Egypt and Syria were confirmed as Associate Members.

World Rugby’s supreme decision-making body approved the recommendation of the Executive and Regional Committee to accept St. Lucia’s move to full membership and the three unions as associate members, after each demonstrated meeting the necessary governance criteria.

The new members bring the total membership of the International Federation to 132, comprising 111 full members and 21 associate members, and demonstrates the continued strategic focus on the expansion of rugby’s reach across the globe, driven by a surge in interest in women’s rugby, and the development of rugby sevens in emerging nations.

The Syrian High Rugby Committee (SHRC) was formed by the Syrian Sport Council in March 2012 and became a member of Asia Rugby in May 2015.  Rugby has been played in Syria since 2004, when the Damascus Zenobians Rugby team was established by European expatriates living in Syria.

In 2008, the team, reached the final of the Gulf Men’s Cup, which led to a large increase in the number of players. In 2011 they won the Gulf Men’s Open in Dubai, which provided the inspiration to form Syria Rugby.

The union has worked hard on player recruitment and succeeded in forming five registered clubs in the capital Damascus. After joining Asia Rugby and participating in Asian Rugby Tournaments the union aims to inspire more players and further increase the sport’s popularly in Syria.

Sarah Abd Elbaki has captained Syria women, served as an assistant coach for the men’s national team and become the first woman to referee a domestic 15s match. She has taken on responsibility for the development of the women’s game in Syria, and in 2021 became one of 12 recipients of the World Rugby Women’s Executive Leadership Scholarship.

The Egyptian Rugby Football Union has been a full member of Rugby Africa since 2019. The national men’s and women’s sevens teams have already experienced international success, winning the Arab Sevens in 2021, which they hosted in Alexandria and securing their place in regional qualifying for Rugby World Cup Sevens 2022.

Egypt captain Farida Elzakzouk hopes her side’s success at the Arab Sevens can help provide a springboard for the women’s game in the African nation. Egypt won the women’s tournament without conceding a single point, beating Lebanon, Syria and the UAE.

Egypt has a large and youthful population and boasts some of the best infrastructure in Africa and an ambitious sports policy, with great potential for the growth of rugby.

The Fédération Congolaise de Rugby has been an active member of Rugby Africa since 2012. The Democratic Republic of the Congo is a country of more than 80 million inhabitants in central Africa, four times the size of France and has the largest French speaking population in the world.

Rugby has been practiced in the Democratic Republic of the Congo since the early 1980’s after the sport was introduced by members of the French military who created the first clubs, followed by South Africans and Britons in the 1990s working for mining companies.

A second wave of rugby lovers has continued the work begun by the French and today rugby is becoming the second most popular team sport in the country with more than 2,500 licensees and 35 clubs and many players playing abroad in France, Belgium, Great Britain, Italy and Canada.

The St. Lucia Rugby Union in the Rugby Americas North region of World Rugby become an associate member of World Rugby in 1996 and has now met the necessary criteria to achieve full member status. St. Lucia has been involved in Rugby World Cup qualifying since the 2007 edition of the tournament and played it’s first international rugby sevens in 2005.

World Rugby Chairman Sir Bill Beaumont said: “As a key element of our ongoing commitment to grow and diversify the global game, we are delighted to welcome the Democratic Republic of Congo, Egypt and Syria as associate members of World Rugby, and confirm St. Lucia’s accession to full member status.

“These unions have demonstrated great enthusiasm and potential for the development of rugby in their territories and we look forward to working closely with them to achieve sustainable growth and provide a framework and support to accelerate their development as part of the World Rugby family.

“With the very best of women’s rugby currently on show at Rugby World Cup 2021 it is apt that several of these unions have achieved notable and impressive development of their women’s rugby programmes. Women and girls rugby is the single greatest opportunity for the growth of rugby over the next decade and it is great to see the positive impact rugby is having in the lives of women from Syria to the Democratic Republic of Congo and beyond.

Syria Rugby President Ahmad Madani said: “I would like to express my sincere thanks to World Rugby from Syria, This result is about 20 years of developing rugby in our country, and it is a part of our vision to keep up the best efforts to achieve full membership of World Rugby. We are delighted by the recognition of our continuous devotion of the sport.”

“I am very proud of the leadership of Syria Rugby, who at times have had to overcome very challenging circumstances and obstacles to develop the sport of rugby in the country, however, their continuous efforts have paid off and Syria is one of the most active Rugby unions in West Asia. Their efforts, especially in the women’s program, which is run by women for women, is exemplary.”

Head of Syria Women’s Rugby Development, Sarah Abd Elbaki said: “I have been involved with Syria Rugby in all aspects, as a player, Match official, Coach, development officer and now as an administrator. Rugby has given us a pathway to break stereotypes of what women can or cannot do. The Rugby community in Syria is passionate and rugby has given us hope, especially for women.

“We thank World Rugby and Asia Rugby for supporting us and this acknowledgement and inclusion to the global rugby family by the World Rugby council is just the first step of a long-term plan to spread this beautiful game in Syria for both men and women.

“The dedication and belief we all have put into this game is unbelievable. We all have made sacrifices to be here and fortunately, we are here now thanks to each one who worked hard on growing the game in Syria.”

Hussam Saheb, President of the Egyptian Rugby Federation President said: “The Egyptian Rugby Football Union will help Egypt develop more media participation, increase fan engagement, and support our players – women, men, and under 20 teams to grow into more developed teams. Players will be able to participate in higher-level competition, which will allow Egypt to meet stronger opponents and develop its rugby skills further.

“Egypt is also looking into hosting big rugby events and model the Dubai7s experience in Egypt and its integration with world rugby will open communication with unions to support and participate in international competitions in Egypt. We have successfully hosted big competitions in other sports in Egypt due to Egypt’s rich facilities and resources and we hope to see rugby be part of it.”

Herman Mbonyo, Congolese Rugby Federation President said: “Becoming an associate member of World Rugby will allow our federation to have a perspective on our strategic development plan that could not be fully applied so far as we could not participate in certain competitions.

“The various formations organised with World Rugby competitions have made it possible to have a quality staff who are now working to develop rugby at the club and school levels. Becoming a member of Word Rugby will allow us to continue the development of rugby especially amongst women and in schools, universities and constituted bodies such as the army and the police.

“Our ambition is to qualify women’s and men’s sevens teams at the Olympic Games in Los Angeles in 2028 and one of our fifteens teams at the World Cup by 2031, while tripling the number of our licensees and clubs with a focus on girls. We are proud to have a federal committee where there are more women than men.”

“Rugby Africa is convinced that these countries will become an important added value for our confederation. The affiliation as an associate member of World Rugby will allow the professionalisation of these two countries that have high potential.”

St. Lucia Rugby Football Union President Roger Butcher said: “We are very excited and humbly grateful to World Rugby for recognising our effort in developing and spreading the game in St. Lucia and our region. Whilst having challenges in accomplishing this achievement, it could not have been attained without the guidance of the Rugby Americas North and World Rugby Training and Education team. The Saint Lucia Rugby Football Union will continue to spread the World Rugby ethos in our vision for the union and region.”

St Lucia has fielded one of the stronger women’s sevens teams in the Caribbean region in the years before the pandemic and have worked hard to grow rugby on the island over the past few years. Their recognition as Full Members of World Rugby is a testament to the vision and dedication of the SLRFU EXCO and its members.” – WORLD RUGBY