Home International The WRC Festival of Speed kicks off in Poland 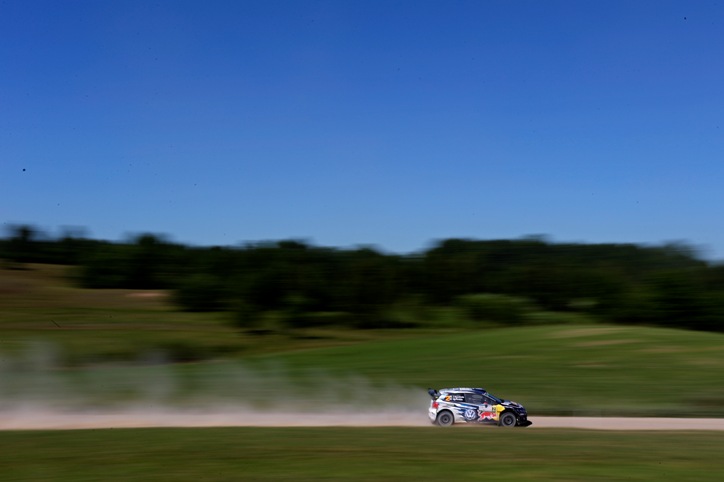 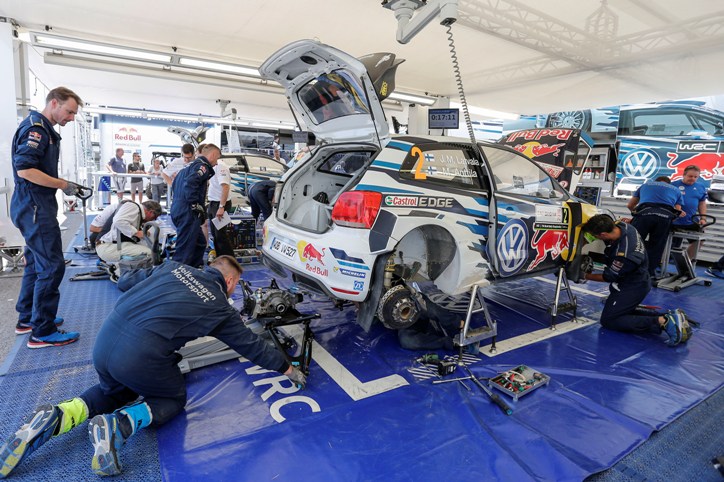 Volkswagen unbeaten so far: Ogier, Mikkelsen and Latvala the favourites

From “play” to “fast-forward”: Volkswagen heads into the pacey rallies in Poland and Finland as favourite in the FIA World Rally Championship (WRC). The Rally Poland (30/06–03/07/2016) marks the opening of the Festival of Speed and together with the Rally Finland is one of the only events at which an average speed of above 120 km/h is reached.

The Polo R WRC has contested five of these pacey rallies – three in Finland, two in Poland – with Sébastien Ogier/Julien Ingrassia (F/F), Jari-Matti Latvala/Miikka Anttila (FIN/FIN) and Andreas Mikkelsen (N), who will compete with his co-driver Anders Jæger (N). The crown went to Wolfsburg five times. There will be 306.10 kilometres against the clock at the 2016 edition of the Rally Poland, spread over 21 special stages.

“After one of the slowest, now come by far the fastest rallies – it’s time to move up a gear in the world championship,” said Volkswagen Motorsport Director Jost Capito. “Absolute driving precision and total concentration are the order of the day in Poland and Finland. Fractions of a second ultimately make the difference here. Our drivers showed that they can handle this well the last two years. But as a team, we are only in with a chance of success if we don’t make a single error. We are aware of that and everyone involved knows what needs to be done.”

It is the fastest special stage ever to have been completed in a Polo R WRC: “Wieliczky” in 2014, on the second pass when Andreas Mikkelsen conquered the stage with an average speed of 136.88 km/h. It is on the schedule for the Rally Poland for the third time in a row in 2016, but as a different version. At the second-oldest rally in the world, “Swietajno” “Stanczyki”, “Babki” and “Baranowo” are four additional stages on which the average speed goes above the 120 km/h mark. However: only two stages remain unchanged this year compared with last year – “Goldap” and the spectator stage “Mikolajki Arena”.

This duel kept the fans at the Rally Poland on tenterhooks in 2014 and 2015: World Champion Sébastien Ogier versus challenger Andreas Mikkelsen. Both Volkswagen drivers do well on fast special stages like the ones in Poland, so a gripping duel for the lead developed in the last two years. But the champion ended up winning both times. And many signs point to another duel of equals in 2016 – as the championship leader and third-placed driver in the standings Ogier and Mikkelsen are Volkswagen’s best-placed title contenders.

An ace in Finland, no luck in Poland – Jari-Matti Latvala is looking for a change in fortunes

In other sporting disciplines it is called a speedy counterblow, and in the WRC this expression is a fairly accurate description of Jari-Matti Latvala and Miikka Anttila’s ambitions. The Finnish duo is mighty at pacey rallies. Three wins – none of the current WRC duos can beat this record at the Rally Finland. However, Latvala and Anttila have remained unlucky at the Rally Poland to date. They had to give up shortly before the finish line in 2009, their race to catch up ended in fifth place in 2014, a slip-up on the Power Stage followed in 2015, which also resulted in “only” fifth place. 2016 will be the fourth attempt at securing their first podium result in Masuria. And their prospects don’t look bad: the duo will be sixth to take to the rally route, giving them a good starting position to end the mixed first half of the season with a placatory top result.

An honour and a burden: the world champions have opened the route since March 2014

In this respect, it is world champions Sébastien Ogier/Julien Ingrassia who bear the greatest burden; as leaders of the championship, they get to open the route again. However, in Poland this starting disadvantage at gravel rallies isn’t as great as recently in the powdery soft sand of the Rally Italy. Despite flawless performances, Ogier/Ingrassia haven’t been able to win a gravel rally yet in 2016, but thanks to outstanding driving skills at the rallies in Mexico, Argentina, Portugal and Italy, ended up on the podium, making them the only duo to have consistently finished in the top three in 2016. Ogier/Ingrassia have consistently led the WRC since March 2014 and will open the route for the 29th time in a row.

Quotes ahead of the Rally Poland

Sébastien Ogier, Volkswagen Polo R WRC #1
“The Rally Poland is definitely an event that I really look forward to every year. A high-speed rally that is comparable with the one in Finland awaits us. I particularly like fast tracks since they really suit my driving style. I only have positive memories of Poland since we have been successful there the past two years. Compared with the Rally Italy, the gravel there is totally different, and won’t be quite as challenging for our car. Things are currently going really well for Julien and me in the World Rally Championship. Even though it’s been four rallies since our last win, we have consistently extended our lead in the championship, which means my confidence is high heading to Poland. Also my new situation in my private life gives me additional strength, I imagined that it would be wonderful to be a father, but I never thought it would be so overwhelming.”

Jari-Matti Latvala, Volkswagen Polo R WRC #2
“The Rally Poland reminds me of the one in Finland a little – the difference being that we drive through more open terrain and fields in Poland, and the surface is slightly softer. But in terms of speed, the two rallies are very similar, they are both the fastest on the entire calendar. I usually feel more at home on fast tracks, it suits my driving style. I think that the many fast passages make a higher starting number less of an advantage than at other rallies since the traction isn’t quite as crucial. I had trouble finding the right speed at the start of the Rally Poland the past two years. I want to improve that this time since I haven’t ever managed to finish on the podium in Poland. Second place in Italy fills me with renewed confidence. Now I want to work my way up the drivers’ championship, but the competition is very tough.”

Andreas Mikkelsen, Volkswagen Polo R WRC #9
“The special stages at the Rally Poland and very fast and fluid to drive – I like that and it suits me. To be able to get the maximum on fast sections, you need a well-balanced car and a lot of confidence. Some of the special stages are the same as last year. So Anders and I were able to use the 2015 videos as part of our preparation. The test in Poland gave us additional insights so that we are perfectly prepared. I finished second twice in Poland the past two years. Anders and I will be third to take to the track. Despite that, I hope that we will be able to fight for the top positions. My aim is to regain second place in the overall standings. And we also want to try and close the gap between us and Sébastien Ogier. That will be far from easy, but we will do our best and want to leave the Rally Poland with as many points as possible.”

Andreas, you and your co-driver Anders Jæger ran 82 of the 101.6 kilometres of the Salomon Zugspitz Ultratrail. How are you, can you move your legs again now?
Andreas Mikkelsen (laughs): “Yes, I’m a lot better and can walk normally again. But it was a fantastic experience, despite the weather conditions making it difficult. Unlike Anders, I hadn’t previously run that many longer distances, which is why the preparation for a race like that wasn’t enough. I viewed it as a challenge. After the 70th kilometre there came a point at which we noticed it might get difficult. My knees and legs were hurting, and it got worse as time went on. When we were informed that it would be downhill after the last mountain on the final ten kilometres, and that it was very muddy and slippery, we decided to give up. We had run out of energy and it was just too dangerous. It was the sensible thing to do – we didn’t want to injure ourselves.”

How important is it to be fit as a rally driver and to integrate this type of challenge into your training programme now and then?
Mikkelsen: “In general it is important for a rally driver to be fit. The days in the World Rally Car are long, and usually very warm, so good fitness is the basis for success. The key is concentration and that you are totally focussed on what you are doing. In this respect, the Ultra Trail Marathon was the perfect preparation: the conditions were extreme, it was cold, raining and we had to be highly focussed with every single step. I enjoy playing a lot of squash. And you also need to react fast in that, which helps me at the wheel during the rallies.”

You used to share an apartment with Anders, you drive together in the World Rally Championship and ran two marathon distances at once together – what is next?
Mikkelsen: “Anders and I have already done and experienced a lot together. We both love challenges and I’m sure that we will come up with another crazy idea soon. Just wait and see.” (laughs)