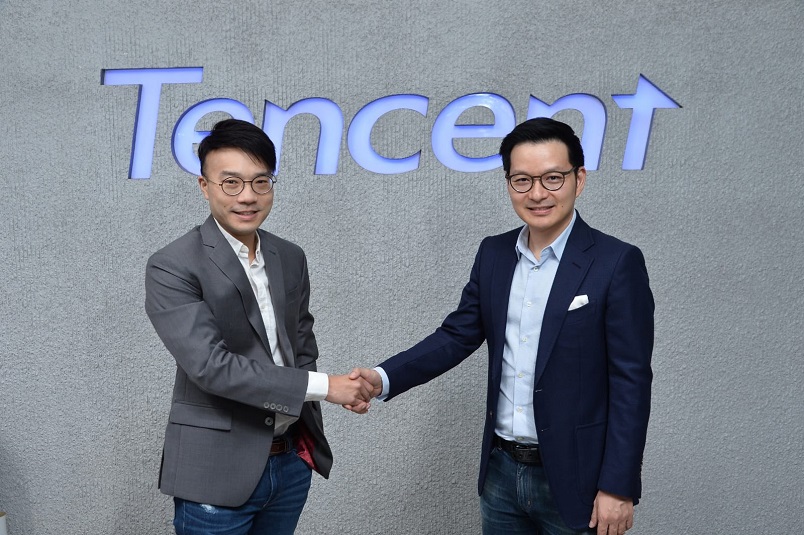 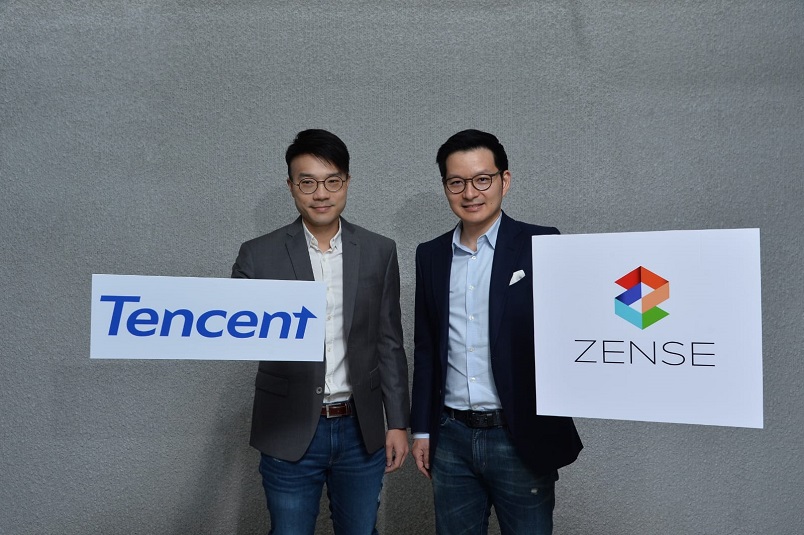 Zense Entertainment, the leading content-led entertainment agency and Broadcast Rights Holders for the FA of Thailand (FAT) and Thai League for the next 8 years (2021 – 2028) and Tencent Thailand, a leading provider of entertainment platforms and world-class technology solutions in Thailand have today officially confirmed that both parties have agreed on an innovatory Media and Technology Partnership.

This collaboration will pave the way for the emergence of a new Sports Companion App like never seen before, which will serve not only as a media platform but also as a lifestyle companion that Thai football fans can use and have fun with.

The App, which is named Cheer Thai will be integrated with the latest from across the Tencent technology stable and offer features and user experiences that will be unprecedented across a single platform.

Speaking of the alliance with the global technology giants, Varavuth Jentanakul, CEO of Zense said: “This partnership is truly inventive and innovative. We are very excited and proud to be able to work with Tencent in developing this Sports Companion App which will also be available over web, as it makes Fans become more visible, relevant, have more voice and be able to truly enjoy the benefits of being a Thai Football Fan. It truly will recognise them and grant them the value they represent.

Adding he said: “Tencent is the leading provider of entertainment platforms and world-class technology solutions. I believe that this partnership will definitely bring about a marriage of Thailand’s leading sports content together with the most advanced global technology platform and media, thereby creating enjoyable new experiences for fans to consume their football content however they want, whenever they want through the web or App. This relationship with Tencent future proofs the wonderful fan experiences that fans look for.

“Cheer Thai aims to bring together the more than 10 million football fans here in Thailand in a single community, united with a singular rationale and allow them to cheer for their beloved clubs, players and moments as well as being able to enjoy in-depth analysis from professionals and accurate data and statistics players, clubs and matches. It will also provide unique content that will not be available anywhere else.

He said: “We are delighted to partner with Zense Entertainment as there are tremendous benefits for both of us in working together. Our technology, including the Web & App developer teams are second to none in the industry and we also offer the biggest cloud solution in South East Asia. We believe in this partnership’s success and as such are looking forward to working with the team at Zense.

In discussing the wide-ranging benefits this partnership offers on the media front, Krittee added that Tencent Thailand will also be using and engaging the Sanook.com, WeTV, JOOX platforms as well as other assets within the company

“We are looking forward to creating traffic of users between Cheer Thai and these platforms to not just generate user interaction but also to create an engaging and rewarding fan ecosystem for Thai Football.  Importantly we like Zense believe in Thai Football and the bright future it offers – from League Football to National Teams, to short form and long form related content (that Zense develops) and also lots of user-generated activities. We believe that by working together with Zense and Fan Community we can generate the fan following to create momentum and a campaign that will drive Thailand’s ambitions to reach a FIFA World Cup. Fans after all are the engines to any successful campaign for a football team”.

With a soft launch aimed at later this year in June or July, Cheer Thai will be provisioned with a wide range of features including live video of all matches, on-demand content, latest news, chat zones, payment services, e-commerce, ticketing, gaming, Fan Cams, VR and AR. Essentially it will be a single gateway for Thai Football Fans to view, engage, connect and play.