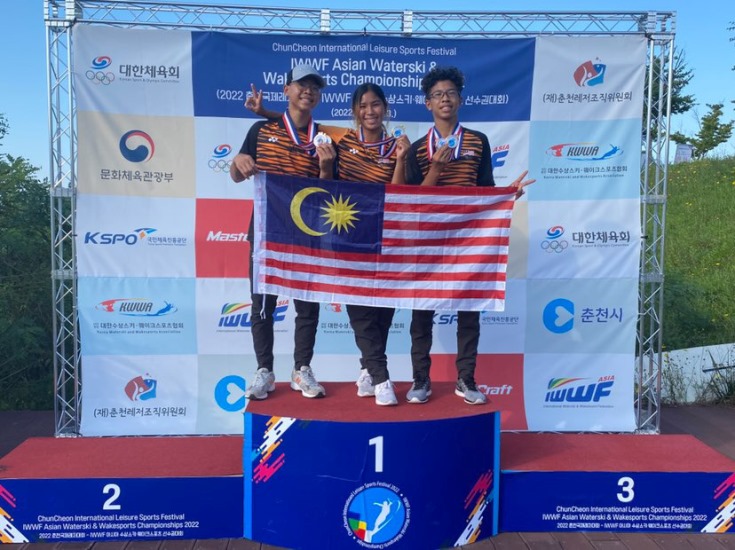 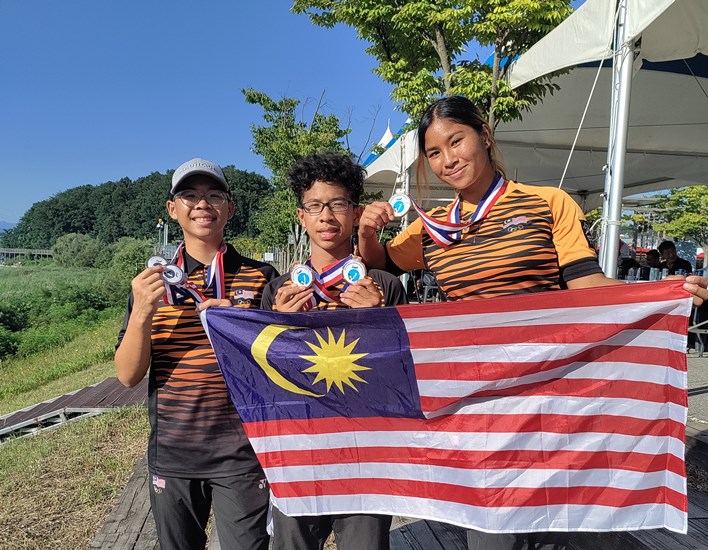 TEENAGE waterskier Aaliyah Yoong Hanifah can only continue to get better after capping an impressive weekend by sweeping all open women’s gold medals at stake at the Asian Championships in Chuncheon, South Korea.

The competition marked a return for the first time since 2019 due to the Covid-19 pandemic.

And it was the 19-year-old Aaliyah who continued her impressive form this year by seizing four gold medals in all disciplines.

Fresh from her World Games outing where she grabbed bronze in tricks, her first senior medal at the elite stage, Aaliyah continued to show consistency by powering to the tricks gold.

She faced a sterner test in jump but she prevailed with a final leap of 40.6m while Kamiya took the silver with a leap of 35.6m. Sadamizu took the bronze with a jump of 32.1m.

Her efforts also saw her finish strongly with the gold medal in the overall category ahead of Kamiya and Kim Min who were second and third respectively.

Her good form is certainly a sign of better things to come especially with the Oceania Championships in Australia in November and with an eye on the World Under-21 Championships next year.

“I’m super excited to have four golds again in the championship this year and this time it is a bit more special,” said Aaliyah who also grabbed four golds in 2019.

“This year’s site had extreme and challenging conditions like strong wind, rain and currents and the tow boat also needed some adapting as I have not trained with this model before.

“Its definitely a much more satisfying achievement as I had to not only beat strong competitors but also to beat the weather elements whilst familiarising myself with an unfamiliar boat.

“The next competition for me with be in November at the Oceania Championships and I am looking to do well again in all four events although my next major target will be the World Under-21 Championships next year with my target a podium finish for tricks and overall,” added Aaliyah.

Meanwhile, Aaliyah is not the only one to be doing well as her brothers – Aiden and Adam both fared strongly in their first competition in three years.

Adam, 14, certainly can stand proud after getting the better of Aiden, 16, to snatch gold in the boys’ Under-17 tricks event.

Adam performed consistently across two rounds as he took the gold with a score of 3,230 with Japan’s Jo Nakamura coming in second with 3,020.

Aiden, who is decidedly rusty and has suffered a chest injury prior to the meet, settled for bronze with a score of 2,740.

Adam also did well in jump, leaping to a distance of 27m to take the bronze in the Under-17 category behind Nakamura (39.7m) and Ryuto Kuroda (27.1m).

Aiden did however pick up a second medal, taking bronze in the Under-17 slalom.

That helped him to a silver in the overall category as he finished behind Nakamura with Kuroda coming in third.

“It was a tough and challenging competition due to the weather and I commend the mental strength of Aaliyah in withstanding all these factors,” said Malaysian Waterski and Wakeboard Federation (MWWF) head coach Hanifah Yoong.

“Aiden and Adam also did their job well considering they had not competed in the past three years and Aiden also had examinations in June which meant he couldn’t train as much as he would have liked.”