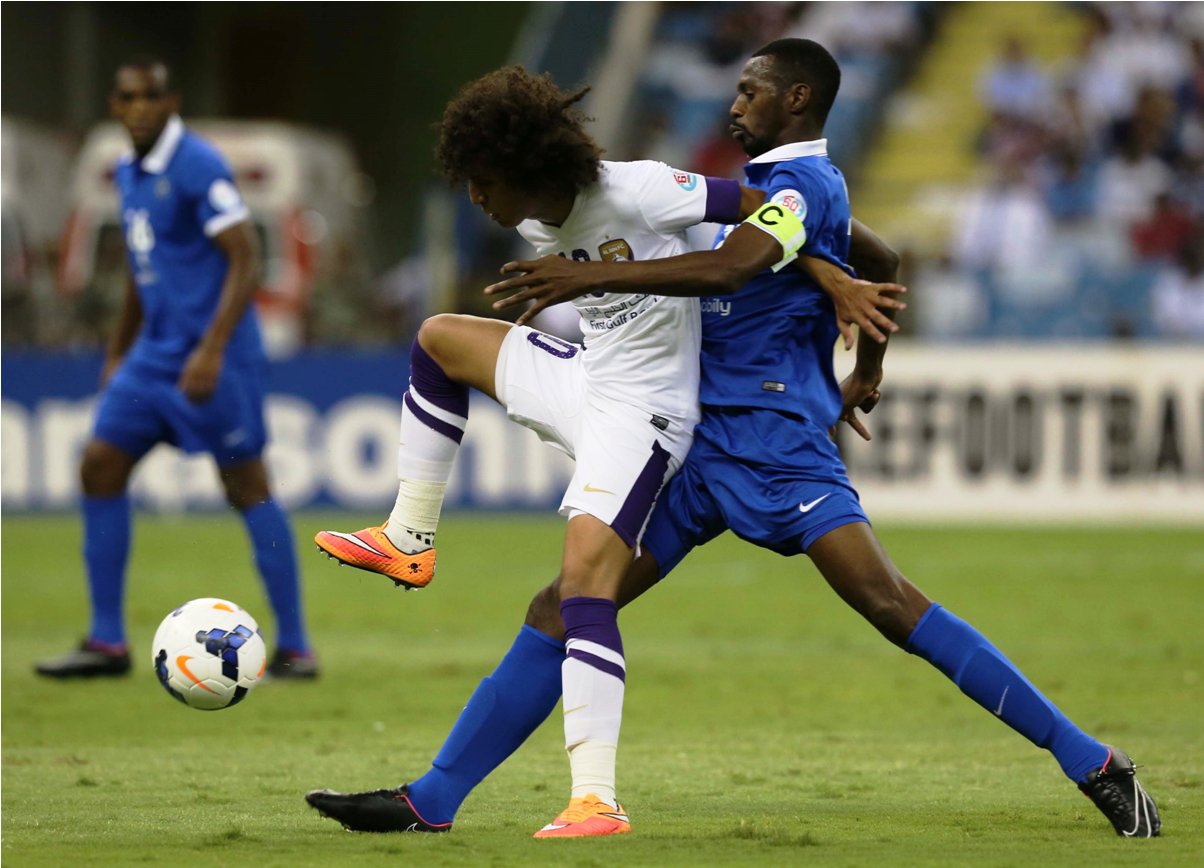 Saudi Arabia’s Al Hilal took a huge step towards a first continental title in 14 years after posting a 3-0 win over Al Ain in the first leg of their AFC Champions League semi-final, although the identity of the second finalist is less clear following a goalless draw
between FC Seoul and Western Sydney Wanderers.

But with Al Hilal favourites to represent the West in the final ahead of the semi-final second leg in two weeks, the battle for the representative from the East remains finely balanced after 2013 finalists FC Seoul from Korea Republic were held scoreless at Seoul World Cup Stadium by Australian debutants Western Sydney.

“We are happy with the result as we scored three goals, but this doesn’t mean that we are in the final,” said Al Hilal coach Laurentiu Reghecampf, with his side set to travel to the Hazza Bin Zayed Stadium on September 30.”In football a lot of things happen, and hopefully we can repeat the good performance that we had in the second leg.

We had a good match as the performance improved in the second period and this means that our team is prepared well.

“Al Ain had a good start in the first half, but we knew how to deal with them and to take advantage from the chances that we had.”

On Wednesday, FC Seoul dominated the contest at Seoul World Cup Stadium, but Choi Yong-soo’s side failed to score for the third AFC Champions League game in a row having drawn both legs of their quarter-final with domestic rivals Pohang Steelers before advancing on penalties.

“It was a home match and we really wanted to win, but although we created a lot of chances, we didn’t score,” said Choi.

“On the plus side, we didn’t concede a goal and we have the kind of players who can score in the away game. Our opponents will be at home, so they will think they have an advantage, but it will be the same for us. So we will prepare well and hope to have a good result.”

AFC Champions League debutants Western Sydney, meanwhile, produced a resolute rearguard in the second half ahead of the second leg at Parramatta Stadium on October 1.

“From our point of view, we are very happy with the result,” said Western Sydney coach Tony Popovic.

“It was a very difficult game for us, but when you come away from the first leg 0-0 then you go home quite happy for the second leg.

“We’re always aggressive at home and we have a fantastic record there. Our goal will be to win the game and we will go in with lots of confidence.

“We have shown in the AFC Champions League that our home record is very good and come two weeks time, we believe we can take the next step and make the final.”