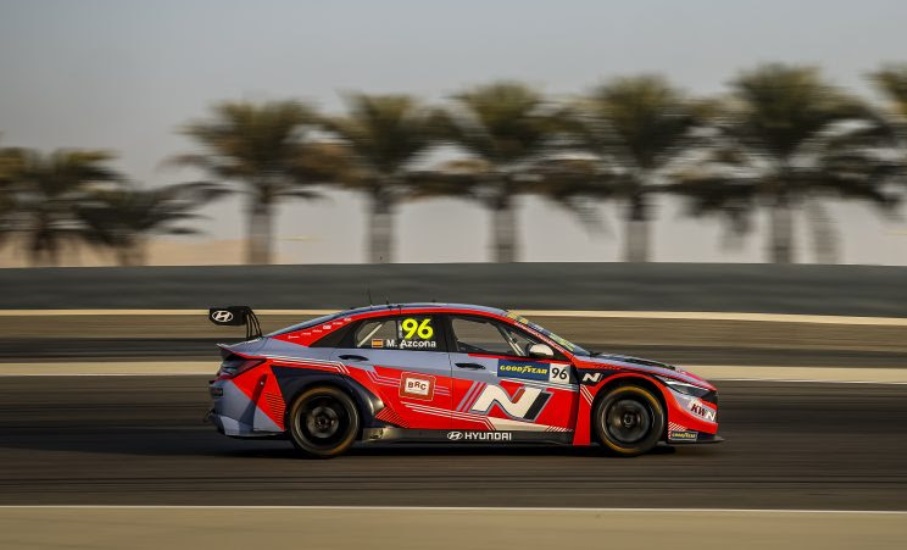 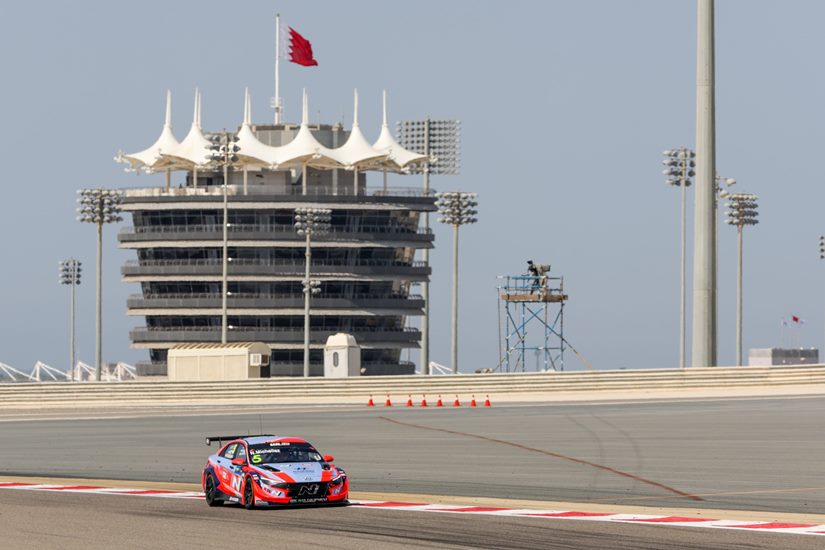 Intenese competition in the Middle East as fastest 11 drivers separated by 0.9s

Mikel Azcona charged to the third pole position of his WTCR − FIA World Touring Car Cup career with a flying lap at WTCR Race of Bahrain, a result that cements his position as the Goodyear #FollowTheLeader.

The BRC Hyundai N Squadra Corse star was fastest in all sessions at Bahrain International Circuit as he took another step towards what would be his maiden WTCR title, with his second pole position of the 2022 season.

Azcona kicked off qualifying in fine style by topping the opening 20-minute Q1 session. A tow in the final moments from team-mate Norbert Michelisz allowed the Spaniard to jump to the top of the times as the two Hyundais recorded a 1-2. Azcona’s title rival Girolami was third, ahead of ALL-INKL.COM Münnich Motorsport team-mate Esteban Guerrieri.

Gilles Magnus and Berthon were the best of the Audis in fifth and sixth, ahead of Comtoyou team-mate Mehdi Bennani. Wildcard Franco Girolami, younger brother of Néstor, did a great job on his WTCR debut qualifying session by making Q2 safely in ninth, ahead of the third Hyundai of Nicky Catsburg. Bence Boldisz also made the cut in P11, as did Zengő Motorsport team-mate Dániel Nagy.

That left a disappointed Tom Coronel out of qualifying in P13, with Tiago Monteiro also failing to progress in P14. Wildcard Viktor Davidovski was in P15.

“It was just bad timing,” said Coronel. “We just were not right in the right moment. I had some difficulty in the first outing, then we lost some time with the tyre pressures and we were out by two-hundredths of a second. I cannot believe it.” 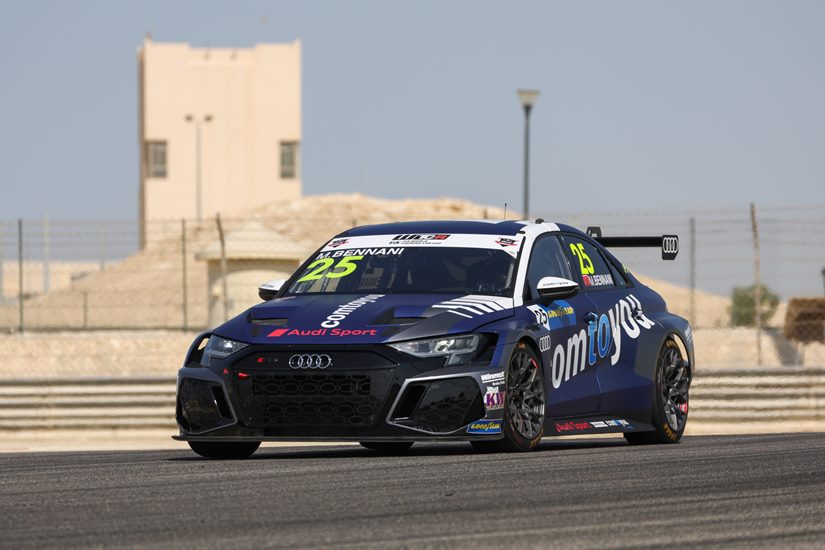 In the 15-minute Q2 session, Azcona kept up his fine form by setting the pace with a scorching lap of 2m11.177s to head Berthon into Q3. Néstor Girolami was under threat of missing out on progressing but crucially banked a late effort to rise from P11 to third and make the cut. Michelisz also made it through in fourth, as did the third Hyundai of Catsburg.

Attila Tassi just missed out on a Q3 place in sixth, ahead of Magnus and Guerrieri who appeared to slow in a braking zone ahead of Franco Girolami, forcing the Audi driver to swerve around him. Girolami Jr qualified ninth, with Mehdi Bennani in P10 which means the Moroccan will start the partially reverse-grid Race 2 in pole position.

Néstor Girolami was the first to run in the one-at-a-time Q3 shootout. The Honda driver set a strong time of 2m11.221s, just a tenth of Azcona’s Q2 benchmark. “I think it was a pretty good lap,” he reported on the radio.

Catsburg was the next to run but found himself 0.543s down on Girolami. “Tricky lap, I’ve been struggling all weekend, just happy to get into Q3,” he said, having reported to his team that he was “losing time on the straight” with a slow change from fourth to fifth gear. He subsequently had his lap deleted for exceeding track limits.

Now it was Michelisz’s turn. The Hungarian went fastest so far in the opening two sectors, but lost time in the third to fall short of Girolami by 0.201s.

Berthon was the penultimate driver to take his turn. The Audi ace was down on Girolami in the first two sectors, but a storming finish to the lap lifted him up above the Honda, by just 0.046s.

That left Azcona as the last to go in his chase for crucial points for pole position. The Hyundai ace kept his cool to bank a neat and quick lap, to claim the pole by 0.114s and 10 bonus points. The final order was Azcona, Berthon, Girolami, Michelisz and Catsburg.

“It was a very good qualifying, especially because we did a very good job as a team, working with the slipstream in Q1 and Q2,” said Azcona. “This track you have longer straights. So we were preparing in free practice for qualifying. The Q3 lap was perfect, I have to say. No mistakes, I was very comfortable in the car. I knew the second sector was very strong from our side so I didn’t want to make any mistakes or push more than usual, so I’m very happy with the result. As a team we are fantastic and we are now working for the Drivers’ standings and for the Teams’ standings. For sure we did perfectly. We were 10 out of 10. Still, two races to go. For sure there is a lot to go.”