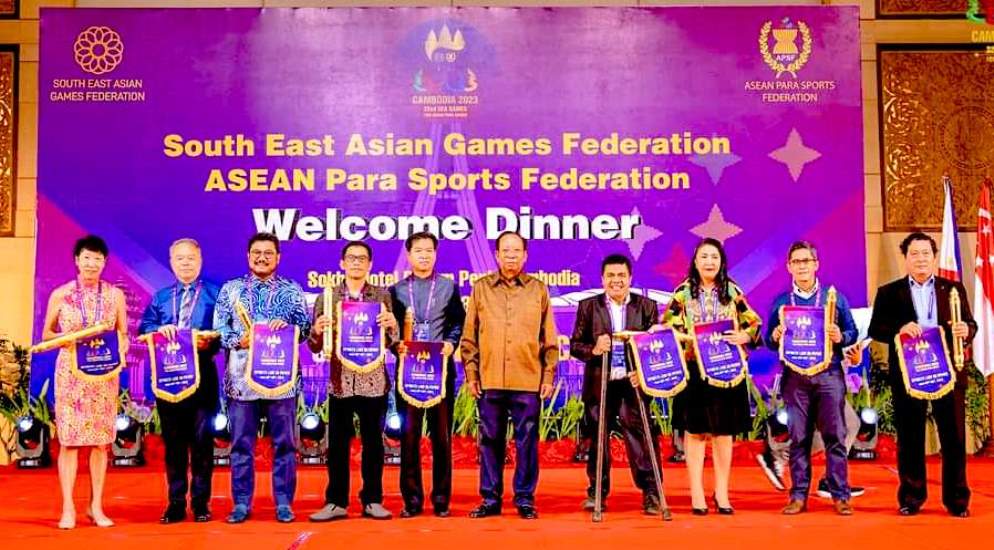 As the world returns to normalcy following a two-year pandemic, Cambodia is pulling together its resources to ensure that the 12th ASEAN Para Games is successfully delivered and live up its theme “Sports: Live In Peace”.

“Solo demonstrated its determination to host the Games despite the tight time frame.. it went well beyond expectation and set new standards in some areas. We have full confidence that comes next year, Phnom Penh is capable of doing the same,” said Maj Gen Osoth.

Maj Gen Osoth, who returned as APSF president for the second term in last month APSF’s election, believes Cambodia is up for the challenge despite being a first-time host of the ASEAN Para Games. The Kingdom joins Malaysia, Philippines, Thailand, Vietnam, Indonesia, Myanmar and Singapore who have previously hosted the Games.

“As with other previous host cities, APSF will collaborate closely with the Cambodian government and the Cambodia ASEAN Para Games Organising Committee, or CAMAPGOC, to ensure that all critical aspects of Games are attended to,” said Maj Gen Bhavilai.

CAMAPGOC presented its Games plan at the recent APSF Board of Governors (BoG) meeting in Solo, Indonesia.  APSF also had a preliminary meeting with CAMAPGOC in Phnom Penh on July 11 which coincided with the launch of the 32nd SEA Games and 12th Para Games, which were then officiated by Prime Minister Hun Sen.

sports, technical, Games structure and human resources, Games general provision as well as the signing of a Memorandum of Understanding (MoU).

CAMAPGOC has listed 12 sports for the Cambodian Games with venues centralised in and around the modern Morodok Techo Sports Complex, located some 20km away from the heart in Phnom Penh.

“To ensure that both parties are on the same page, APSF and CAMAPGOC will embark on regular consultations and meetings on various organisational matters. The Expression of Interest (EOI) process has been completed and we have gained feedback from member countries,” said Col. Wandee.

“The 12th ASEAN Para Games carries great importance to Cambodia as an emerging and dynamic nation with full backing from the government as proof of the nation’s commitment to excel in sports,” said Col. Wandee.

“The APSF secretariat is prepared to collaborate with CAMAPGOC in the implementation of several key areas such as sports and technical, classification, anti-doping and broadcasting.

“We’ve set milestones in many areas including broadcasting, with all 14 sports broadcast live by Indonesia’s official terrestrial stations and various social media platforms including on the Games website and YouTube channel.

“New benchmarks have been set in Singapore 2015, Kuala Lumpur 2019 and recently in Solo, we’re positively looking at more new initiatives when the Games is held in Phnom Penh in June next year,” said Col. Wandee.