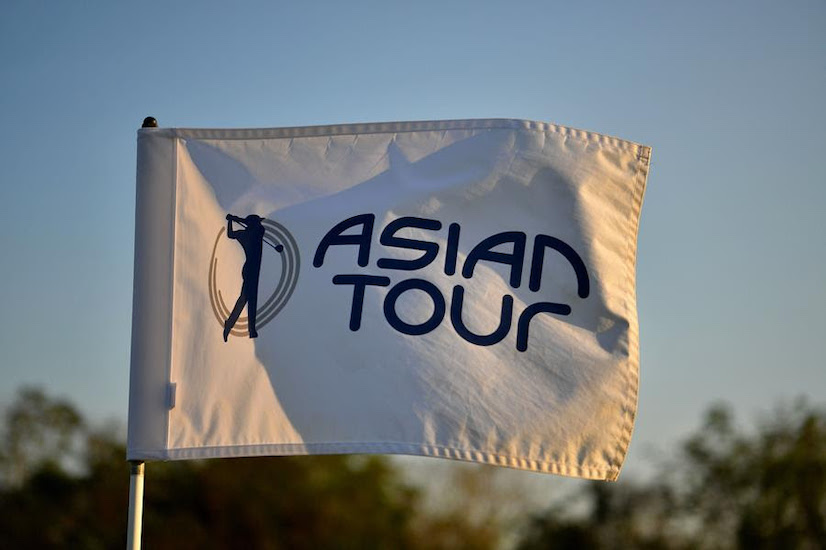 The Asian Tour today unveiled its 2023 schedule through to May, for what promises to be the finest start to a season the Tour has ever enjoyed.

The new season will commence in Saudi Arabia, at the most lucrative event of the year, before being followed by an exciting blend of established and new tournaments, including four International Series events.

The impressive schedule boasts a total of 11 tournaments contested over 14 weeks, starting with the US$5 million PIF Saudi International powered by Softbank Investment Advisers – won so dramatically by American Harold Varner III this year when he holed a 92-foot eagle putt on the 72nd hole – at Royal Greens Golf & Country Club, near Jeddah, from February 2-5.

In the ensuing two weeks, the Tour will then journey to two inaugural International Series tournaments in Oman and then Qatar – marking the first time the International Series will have visited the Middle East. Al Mouj Golf will host the former event, while Doha Golf Club will stage the latter.

The New Zealand Open presented by SKY SPORT makes a popular return to the calendar following a two-year COVID-19 enforced break in the first week of March at Millbrook Resort in Queenstown – the tournament’s home since 2014.

The DGC Open, inaugurated in the 2022 season, will also be staged in March at the historic Delhi Golf Club, as well as the Tour’s long-awaited return to Hong Kong with a new event at one of the region’s most iconic golfing venues, the Hong Kong Golf Club. Details of this event will be released soon along with information on back-to-back tournaments in Thailand in April and a Korean event in May.

“We are very proud to announce the start of the 2023 season, hot off the heels of a tremendous 2022. It is fantastic to see us carry the momentum of the season we have just completed and start the new season at full pace.” said Cho Minn Thant, Commissioner & CEO, Asian Tour.

“The Asian Tour is absolutely thrilled with how the schedule looks; it reaches a wide range of exciting destination, offers extremely lucrative purses, world class venues, and a great balance of established and new events.

“The PIF Saudi International powered by Softbank Investment Advisers, a truly global golfing event, is the perfect way to start the season and sets the tone for what will be, unquestionably, the strongest season in the history of the Asian Tour.”

The 2022 season, which saw 20 tournaments staged, came to a dramatic conclusion two weeks ago in Indonesia where Thailand’s Sarit Suwannarut stormed to an impressive victory, marking himself down as one to look out for next year, while Sihwan Kim secured the Asian Tour Order of Merit (OOM) title and Zimbabwe’s Scott Vincent, the International Series OOM. 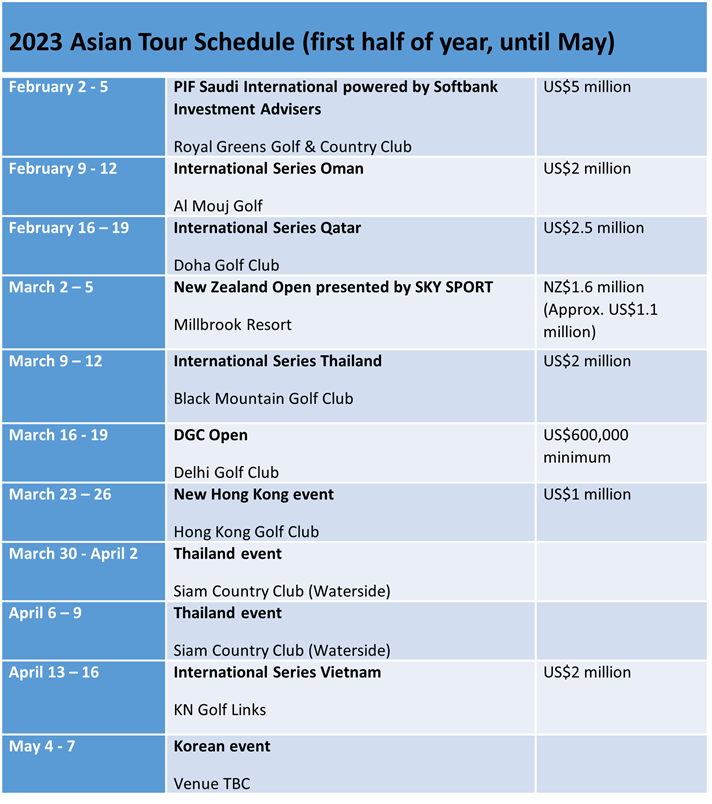