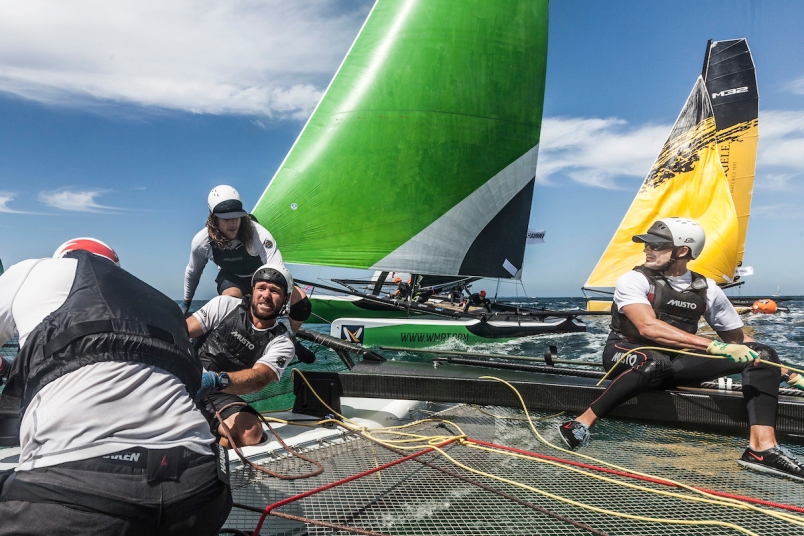 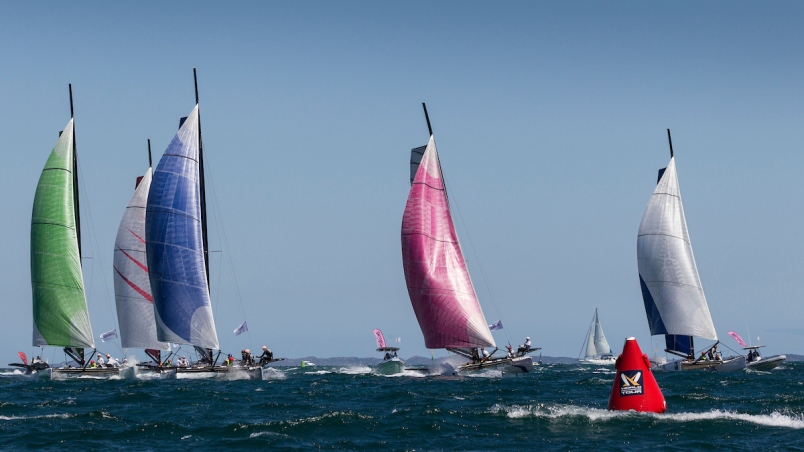 Over the last season Aston Harald Sports has opened M32 Series in Bermuda, Monaco, Miami and in the Mediterranean as well as a World Championship in July in Marstrand, Sweden.

These have been a great complement to the M32 racing that already was organized in Scandinavia and in North America.

To meet the growing interest in the M32 class in Australia the commercial owner of the brand M32 Series today announce the start of a new series, The M32 Series Western Australia.

“After the arrival of the M32 catamaran to Perth before the World Match Racing Tour event in Fremantle earlier this year the interest around the high performance catamaran has been growing.” Sam Murch Head of Operations at Aston Harald Sports says and continues; “The boat has been tested by several clubs and their members in the area around Perth as well as by teams wanting to use it as a stepping stone in their strive for a career in professional sailing. For us it’s a natural step to create a platform where teams and clubs can enjoy the boat and its fantastic potential.”

M32 Series is a sailing series of several events sailed in the high performance catamaran M32. The fleet racing is made up of mix of racing including short course racing close to shore with the same style of race courses we now see on the World Match Racing Tour, Extreme Sailing Series and Americas Cup World Series. The racing has caught on to a wide range of sailors joining from many types of classes.

“The combination of hassle free racing and the M32s easy to handle set up seem to appeal to many types of sailors. You spend less time fixing the boat and more time on the water. The fact that it offers M32 owners a chance to race against other owners as well as highly skilled teams has a huge appeal to new, established and younger teams. The M32 is rapidly becoming a global class and the chance to go and race abroad in Miami, the Med or Scandinavia also seem to spark an interest with many potential owners.” Skip Lissiman Manager for M32 Australia comments.

M32 Series Australia will start out with two events in the new year. The first event, in February, will be sailed on Geographe Bay, Busselton near the famous wine district of Margaret River where the Royal Perth Yacht Club race management team working with the host venue at Port Geographe Marina.

The second event will be organized on the Swan River at the Mounts Bay Sailing Club in Perth in March. “We are super excited to start the M32 Series Western Australia. We know there is plenty of interest around the M32 and now we can provide the racing that people have been seeking. These two events provide for a great start.” Skip finishes.