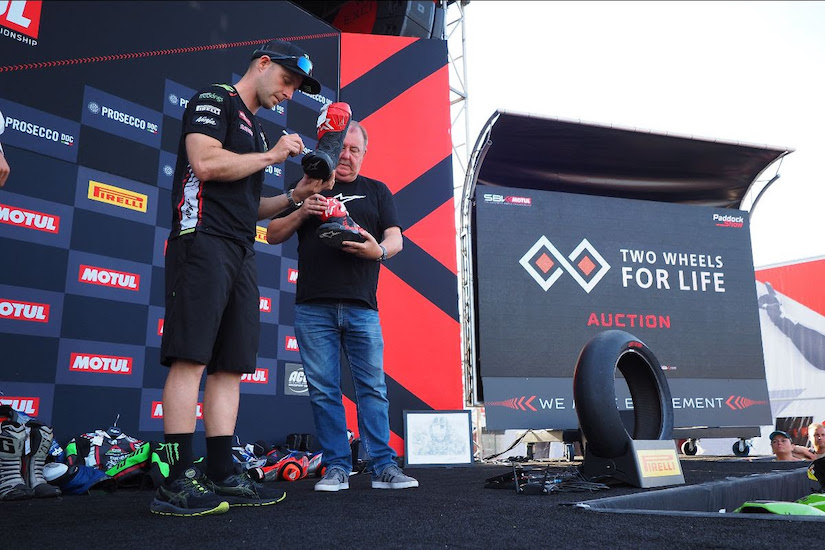 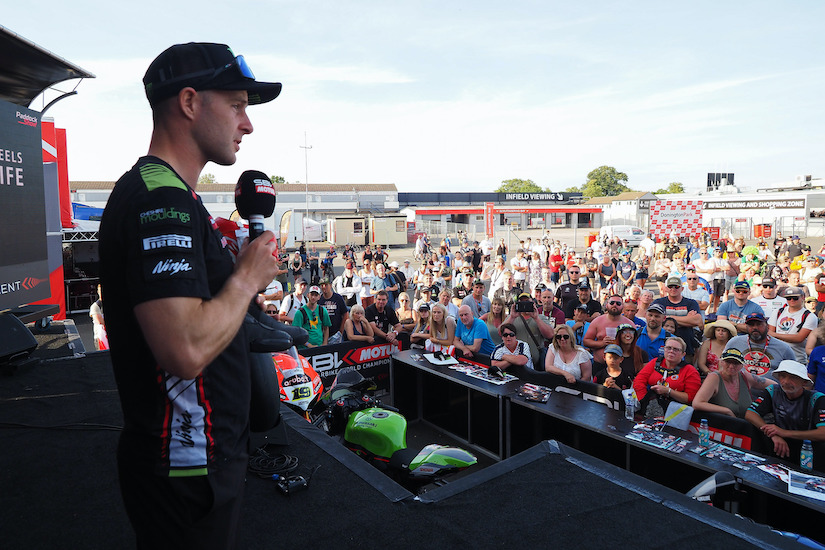 The action on track at Donington Park for the Prosecco DOC UK Round was a thrilling affair as the MOTUL FIM Superbike World Championship descended on a scorching United Kingdom for the fifth round of the 2022 season, but off-track there were some key events happening too. During the Paddock Show at Donington, with Two Wheels for Life returning to WorldSBK after a two-year absence.

Two Wheels for Life works on delivering vital healthcare to some of the most remote parts of Africa and the charity’s presence at Donington Park was a prime opportunity to raise some money to help with this vital work. With auctions on items provided by riders and teams across Friday and Saturday at Donington, around £15,000 (€18,000) was raised by the incredible spectators to help Two Wheels for Life.

Signed leathers and boots from reigning Champion Toprak Razgatlioglu (Pata Yamaha with Brixx WorldSBK) sold for £1600 and £375 respectively, while signed boots from six-time Champion Jonathan Rea (Kawasaki Racing Team WorldSBK) were sold for £1100; all three items going during Saturday’s auction. Also, on Saturday, there was an auction for a signed helmet from three-time WorldSBK Champion Troy Bayliss which sold for £1025; showing the huge generosity of the fans at Donington Park.

Other items that were auctioned off included hospitality experiences with Kawasaki, BMW, Team#109 Kawasaki and McAMS Yamaha, with the team making their first WorldSBK appearance at Donington Park, several items from riders up and down the paddock, a crashed fairing from Axel Bassani (Motocorsa Racing) and much, much more.

Also on stage were performances by Giulio Maceroni, with his Rock ’n’ Road show performed at WorldSBK for the very first time. However, he was not the only musical performance on stage, with several riders from WorldBK and WorldSSP showing off their singing voices in a rider concert, with this concert alone raising £310 for Two Wheels for Life’s valuable work.

All funds raised through the auctions will go to the life-saving Riders for Health programmes in some of the poorest and most remote areas of Africa, where motorcycles are predominantly used to deliver vital health care. – www.worldsbk.com