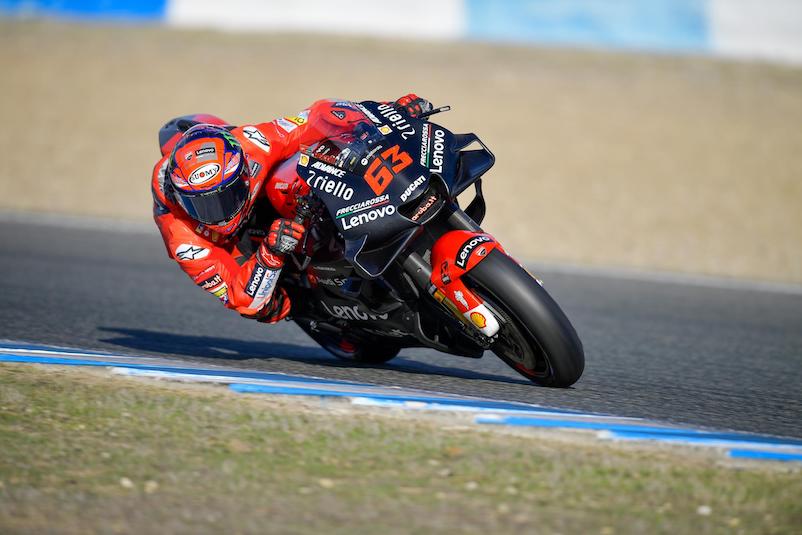 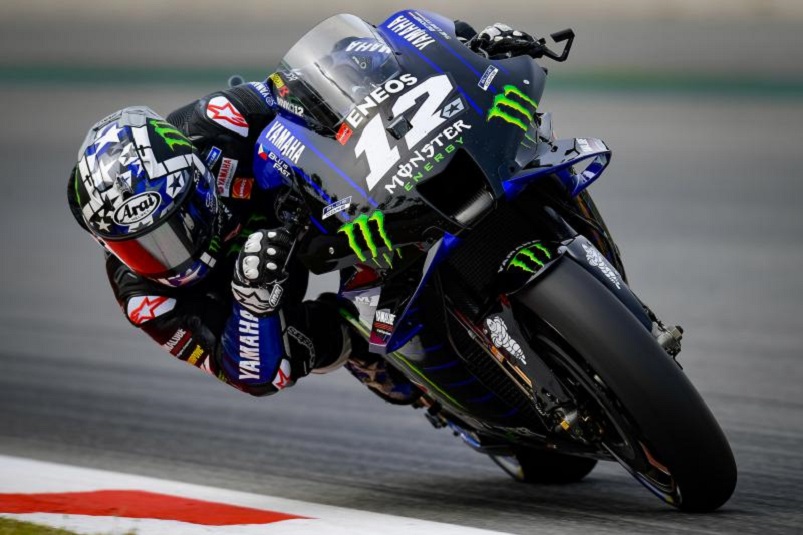 Francesco Bagnaia has continued to breathe life back into his MotoGP™ World Championship hopes by winning an epic Monster Energy British Grand Prix. Just 0.614 seconds covered the top three after 20 laps of racing at the Silverstone Circuit as Aprilia Racing’s Maverick Viñales finished second and Jack Miller made it a double podium for the Ducati Lenovo Team.

Seemingly every rider had a tale to tell after a breathtaking Sunday afternoon in Britain. Championship leader Fabio Quartararo (Monster Energy Yamaha MotoGP™) finished eighth after serving his Long Lap Penalty, but only after re-passing a battered Aleix Espargaro (Aprilia Racing) on the final lap. Pole-sitter Johann Zarco (Prima Pramac Racing), however, was one of two retirements after he crashed while leading.

Zarco had grabbed the holeshot from pole position and Quartararo made it a French one-two when he jumped well from Row 2, as the factory Ducati duo of Miller and Bagnaia took up third and fourth respectively. Team Suzuki Ecstar’s Alex Rins was fifth on his Suzuki before he overtook Bagnaia on Lap 3 at The Loop, but both moved up on Lap 4 when Quartararo – who was sanctioned for his run-in with Aleix Espargaro at Assen – took his Long Lap Penalty at the last possible opportunity.

‘El Diablo’ was still second as he entered the penalty loop at The Loop and resumed in fifth, behind Zarco, Miller, Rins, and Bagnaia. By then, Viñales was sixth and Jorge Martin (Prima Pramac Racing) seventh, as an injured Aleix Espargaro struggled to keep pace after his bruising FP4 highside.

Zarco had a great shot at finally clinching a maiden MotoGP™ race win, but disaster struck when he folded the front and crashed at Vale on Lap 5. Miller inherited first position and while Rins went underneath the Australian at The Loop later that same lap, the Spaniard could not get the move done. He tried another pass at Vale on Lap 6 and was successful that time, putting the #42 GSX-RR at the head of the field.

Miller ceded second position to team-mate Bagnaia exactly a lap later again at Vale, by which time Martin had charged up to fourth after blazing past Quartararo as they ran up the Hangar Straight moments earlier. The Spaniard went down the inside of Miller at Copse at the start of Lap 8 but ran wide on exit and had to get back into file behind the Ducati Lenovo Team entry. Viñales, though, was into the top five when he overtook Quartararo on the Hangar Straight on Lap 9.

Rins continued to lead but looked like the cork in the bottle. Bagnaia became the new race leader on Lap 12 at Stowe and Miller made it a factory Ducati top two when he got underneath Rins at Village on Lap 14. Meanwhile, Viñales and Martin had been chopping and changing in the battle for fourth position until the former completed a decisive move on Lap 16 at Village. He wasted no time dealing with Rins, however, overtaking the Suzuki for third place exactly a lap later.

Village was proving a popular location for ‘Top Gun’, who passed Miller for second there on Lap 18, at which point he faced a 0.6-second deficit to Bagnaia. On Lap 19, he made yet another attempt at an overtake at Village, but this time could not make the move stick. Still, just 0.3 seconds separated first and second at the start of the 20th and final lap, but when Viñales was wide through Stowe and Vale also, Bagnaia had the breathing space he needed to clinch a 0.426-second victory. Miller, struggling for grip on his soft front tyre, took the final podium place, while the battle for fourth position raged all the way until the end. 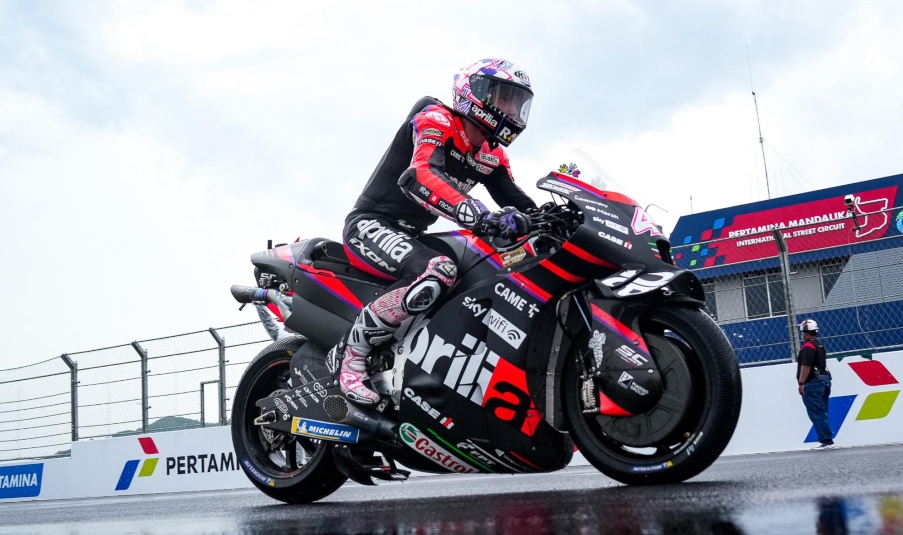 Heroics from Espargaro and Bastianini

Martin was back into fourth when he overtook Rins on Lap 17, but then another threat emerged in the form of Enea Bastianini. The Gresini Racing rider qualified eighth and, despite losing a winglet in first-corner contact with Martin, was a position behind his fellow Ducati rider after he too got by Rins, on Lap 19. It would be Bastianini who finished fourth when he prised the position from ‘The Martinator’ – his rival for the factory team seat in 2023 – on the final lap at Brooklands.

Martin therefore finished fifth and Miguel Oliveira (Red Bull KTM Factory Racing) came from Row 5 on the grid to claim sixth at the chequered flag, while Rins faded to seventh in the end. Also struggling for pace were the top two in the World Championship, Quartararo and Espargaro, but they found themselves in direct combat for eighth position on the final lap. Espargaro outbraked Quartararo at Brooklands and while he could not pull up in time to complete the pass, ninth was still a heroic effort for the Aprilia rider who feared he might not even be able to race after his practice highside.

Who else made the points?

In the Championship standings, Quartararo is now 22 points up on Aleix Espargaro, but Bagnaia has closed to 49 points off top spot. ‘Pecco’ now has two wins in a row and is proving he is certainly not out of the hunt.

MotoGP™ heads next to the Styrian hills and the Red Bull Ring, in Austria. Catch the CryptoDATA Motorrad Grand Prix von Österreich from August 19-21!