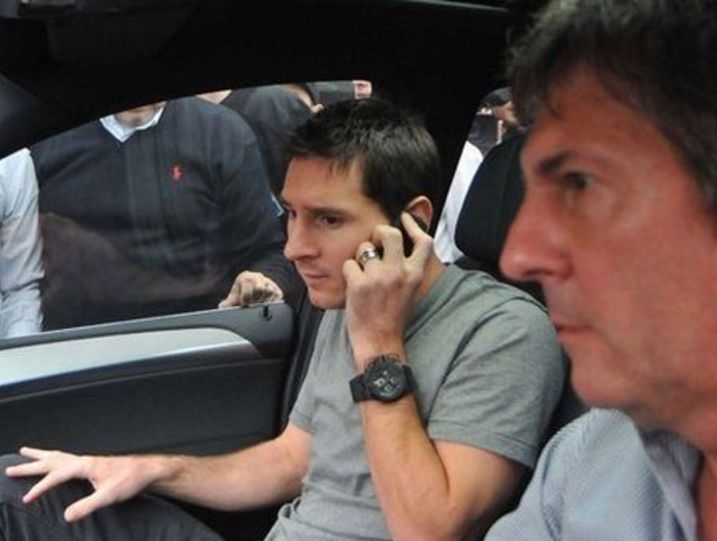 A court in Spain on Wednesday sentenced Barcelona’s star striker Lionel Messi and his father to 21 months in jail for tax fraud and slapped them with a fine of 3.7 million euros ($4.1 million).

But these prison sentences are likely to be suspended as is common in Spain for first offences for non-violent crimes carrying a sentence of less than two years.

The Barcelona court found the Argentina international and his father Jorge Horacio Messi guilty of using companies in Belize, Britain, Switzerland and Uruguay to avoid paying taxes on 4.16 million euros of Messi’s income earned from his image rights from 2007-09.

They can appeal the decision to Spain’s Supreme Court.

Both Messi and his father, who has managed his son’s affairs since he was a child, were charged with three counts of tax fraud.

Messi, told the court during the four-day trial that wrapped up on June 4 that he trusted his father with his finances and “knew nothing” about how his wealth was managed.

Prosecutors had asked for Messi to be absolved, arguing there was no evidence that the player was aware of how his income was managed.

But the state attorney representing tax authorities in the trial, Mario Maza, said he found it unlikely that Messi knew nothing about the situation.

“There is no deliberate ignorance here, it’s fraud and that’s all there is to it, because he didn’t want to pay his taxes,” he said.

“It’s like a crime boss. At the very top is the bigwig who doesn’t want to know about the details.”

Messi and his father made a voluntary payment of 5.0 million euros — equal to the amount of the alleged unpaid taxes plus interest — in August 2013 after being formally investigated. – Agence France-Presse