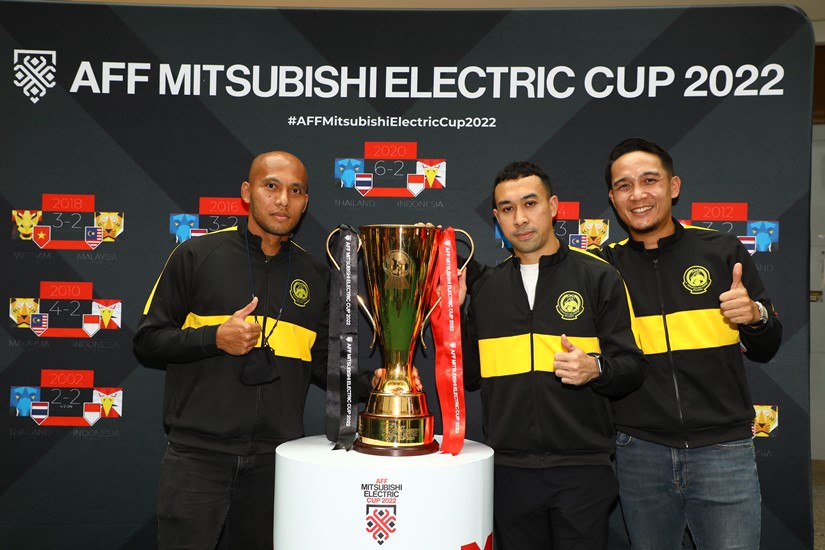 The ASEAN Football Federation (AFF) announced that leading content and entertainment broadcaster, Astro has returned as an official broadcast partner of the AFF Mitsubishi Electric Cup 2022 for Malaysia.

Brokered by AFF’s exclusive commercial rights representative SPORTIVE, the agreement will see Astro continue their partnership with AFF for the 2022 tournament after last being involved in the 2020 edition.

As the official broadcast partner in Malaysia, Astro will have rights to broadcast all the AFF Mitsubishi Electric Cup 2022 matches live on selected channels.

Astro broadcasted a total of 411 broadcast hours for the 2020 AFF Championship in Malaysia, with 19.5 million TV viewers tuning in.

Nicholas John, Head of Sports, Astro said, “Astro, the ‘Home of Sports’, is excited to broadcast all 26 matches live of the AFF Mitsubishi Electric Cup 2022 to Malaysian football fans. Matches will be available on Astro Arena 2 (Ch 802) and streaming on Astro GO available to all Astro customers, with extensive live coverage featuring renowned current and former players as pundits and commentators. Additionally, Astro customers stand a chance to win tickets via Astro Rewards to watch matches at Bukit Jalil Stadium where Malaysia will face Laos on 24 December and Singapore on 3 Jan 2023.”

Malcolm Thorpe, Managing Director, Southeast Asia at SPORTFIVE, said, “We are thrilled to see Astro return as one of the official broadcast partners for the upcoming AFF Mitsubishi Electric Cup 2022. Astro has been a valued partner over the years in helping us reach our fans in Malaysia, and to have them come on board once again for 2022 demonstrates the immense appeal of the tournament as a premier sporting content in the region.”

Children from the BRDB Rotary Children’s Residence had the opportunity to learn some footballing skills at the clinic while fans
were able to get up close and personal with the legends at the Trophy Tour.

Yang Hormat Dato’ S. Sivasundaram, Football Association of Malaysia Deputy President, said, “We are delighted to support the AFF Mitsubishi Electric Cup 2022 Trophy Tour and CSR Football Clinic to help bring football back into the lives of our children and community. The AFF Championship is an important tournament for us and we can’t wait to see all our fans back in the stadium supporting our team in person once again.”

The next stop of the Trophy Tour and Football Clinic will take place in Jakarta, Indonesia on 26 November 2022.