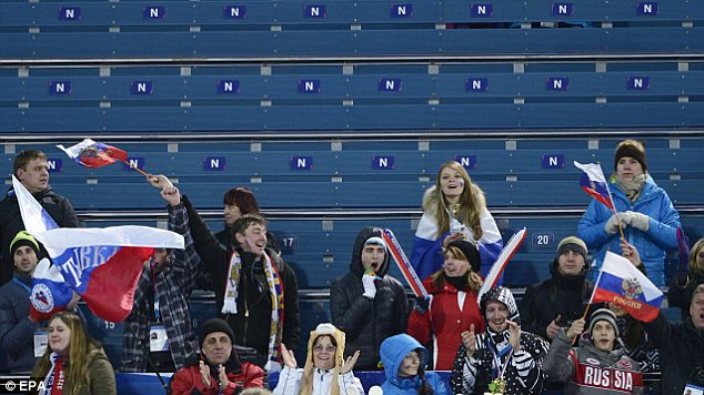 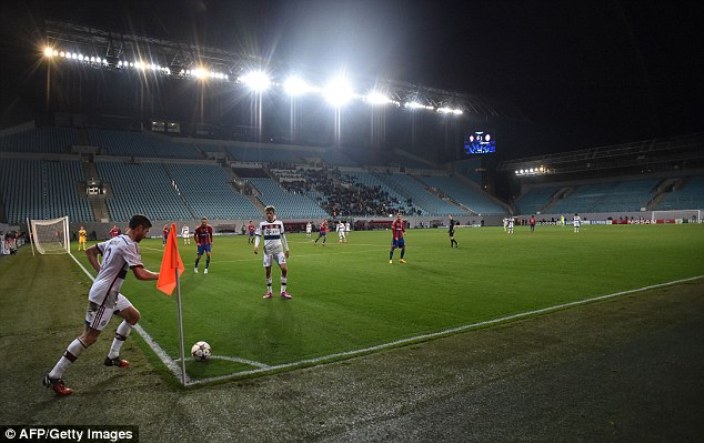 Half-empty stadiums, low TV viewing figures and uninspiring displays by the national team: Russians are struggling to get interested in football with two years to go before they host the World Cup.

This month a survey conducted by state-controlled pollsters VTsIOM showed the number of people who said they were indifferent to the beautiful game was at 83 percent.

“Unfortunately it’s a fact,” lamented sports minister Vitaly Mutko to the press. “Our people do not attend the matches or even watch football on TV.”

A large part of the problem getting people to games in Russia appears to be the dire state of the sport‘s infrastructure across the nation.

Crumbling stadiums that date back to the Soviet-era where fans are left to face the elements are still common and a big turn-off as clubs battle to boost attendance.

“This season the average attendance of the Premier League matches before the winter break was around 11,000 spectators,” Sergei Pryadkin, who heads Russa’s top league, said in an interview published on its official site.

But a major part of the preparations for the World Cup in 2018 involves building a string of new stadiums or refurbishing existing ones across the country and those running the sport hope new facilities will attract more interest as they open up.

“We believe that the average attendance may double after the new venues start working,” Pryadkin said.

However, while authorities are hoping that a change of scene will help boost crowds at matches — some football lovers in Russia insist that the game really needs a change of culture.

“I don’t want to watch football penned in close with a crowd of aggressive numbskulls,” Yevgeny Dmitriyev, 23, a longtime supporter of Spartak Moscow told AFP.

“They’re not interested in the game, they do not love football. All they want to do is to swear, make monkey chants at black footballers and set flares alight.”

“Nobody behaves this way at ice hockey, volleyball or basketball games, only the football fans are so intolerable.”

Changing ingrained habits — and the image of watching the game live in the country — may prove a tough task for authorities who often turn a blind eye to the problems in the sport.

While pledging to crackdown on racism ahead of the 2018 World Cup, Russian officials have consistently downplayed the issue despite a string of high-profile incidents involving foreign players.

And even if Russia does get closer to overcoming the barriers off the pitch, it is likely to be events on the field that will shape perceptions of the sport.

Overpayed and underperforming, the Russian national team drew ire from fans during an underwhelming qualifying campaign for this summer’s Euro championship in France that saw them scrape through at the last moment.

Much of the anger was directed at Italian coach Fabio Capello — who was reportedly the highest paid national manager in the game and eventually sacked with a mammoth pay-off as Russia looked like they were not going to make the cut.

“It’s easy to see the effect — no results, no interest,”sports minister Mutko said.

“The team played mediocre football under Capello and the level of public interest gradually fell.”

One glimmer of hope is that the appointment of local manager Leonid Slutksy on a short-term contract to replace Capello immediately appeared to galvanise the squad and they put together a run of wins that saw them through to Euro 2016.

“I’m sure that our people still love football,” Mutko insisted. “They will come back if our team performs well in France.” – Agence France-Presse