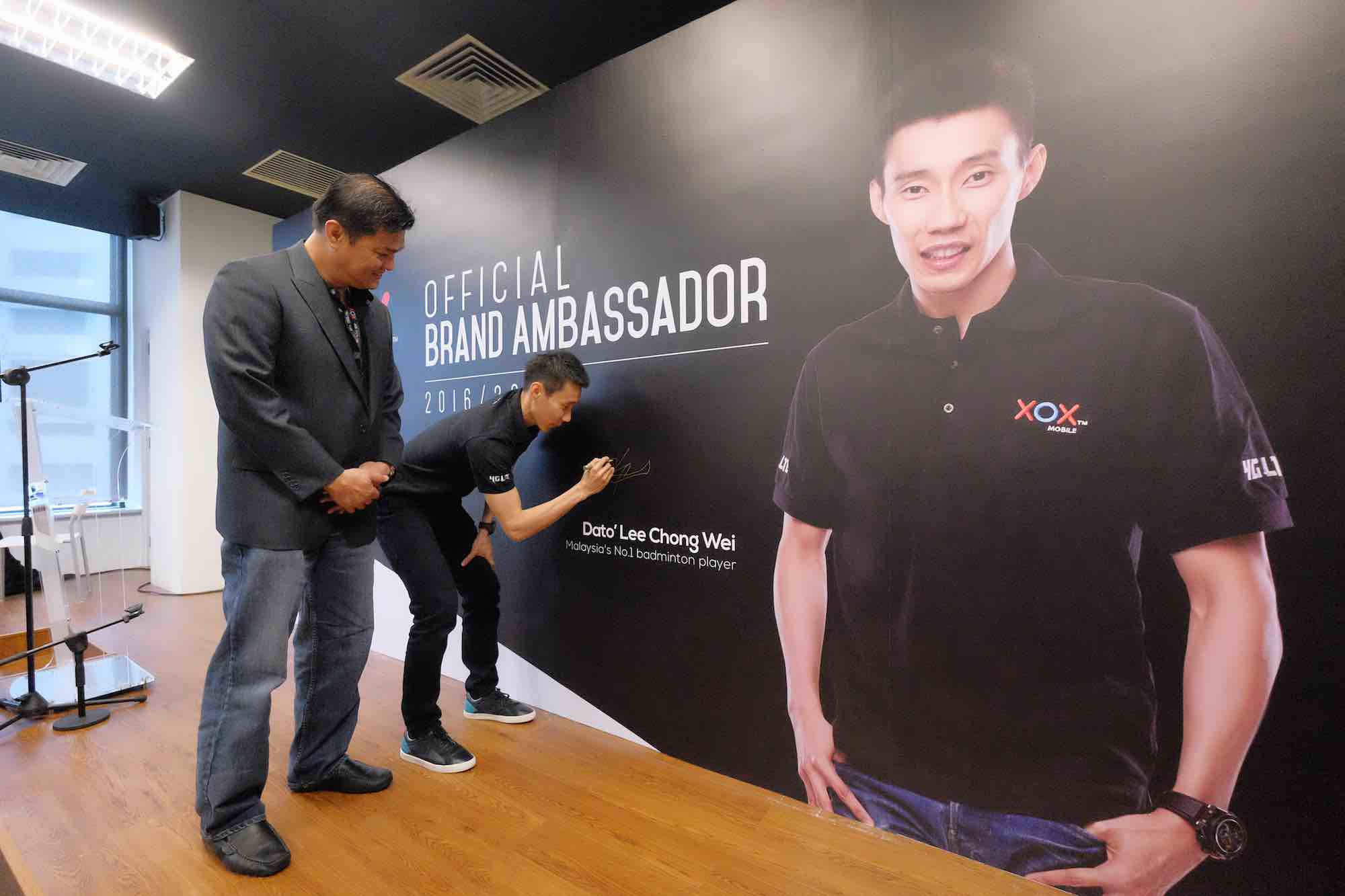 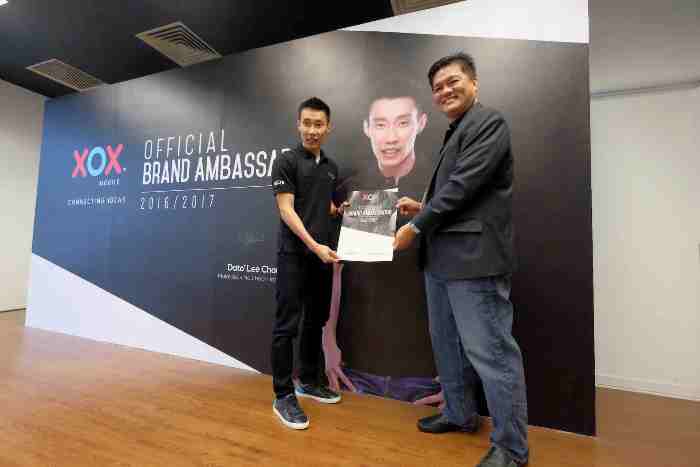 XOX Mobile, the mobile operator that is growing from strength to strength has named Malaysian No. 1 shuttler, Dato’ Lee Chong Wei as their brand ambassador.

XOX Mobile has been on an uptrend, registering a profit for the last four quarters, and posting profit after tax of RM1.17 million, on the back of RM90.95 million in revenue for financial year ended June 30, 2015.

Its subscriber base has grown to 920,000, thanks in part to its newly launched XOX Mobile Postpaid plan.

The brand’s signing of Malaysia’s legendary badminton hero is viewed as a branding coup that will see a higher profile for XOX Mobile among the population of this badminton-mad nation, and possible gains in subscribers.

The signing coincides with a resurgence in the fine form of the former world number 1, and two time Olympic silver medallist who won his fifth Malaysia Masters Grand Prix Gold title, last week. Dato’ Lee Chong Wei may be representing Malaysia in badminton at the Rio Olympics 2016 in Brazil this coming August.

XOX mobile has allocated RM30 million for marketing and promotion activities in 2016, and there are expectations that the signing of Dato’ Lee for two years will result in much higher brand visibility.

According to XOX Bhd Group CEO, Mr.Ng Kok Heng, the similarities between XOX Mobile and Dato’ Lee make for a synergistic partnership.

“Dato’ Lee did not come from a moneyed background, or have a strong badminton background through his family, yet his will to win has brought him global fame, and his commitment to train, and improve have kept him in the top 10 of international rankings for most of his career.”

“We are not number 1 yet, unlike Dato’ Lee but we are making strong inroads into the very competitive telco industry. We are innovating, experimenting with new plans, services, partners and we have appeal to value-conscious consumers who know a good deal, and will grab it. That’s why Dato’ Lee Chong Wei and XOX Mobile are an ideal match – we share many of the same qualities”, Mr. Ng explained.

Dato’ Lee Chong Wei said that he was delighted to be the brand ambassador for XOX Mobile having used the brand’s telco services for two years, and having worked with them as part of the Badminton Association of Malaysia (BAM).

“I do take a long time to decide on partnering with any brand, as I must first try it out for myself and be confident that it delivers. In the case of XOX Mobile, I use their pre-paid and post-paid service for myself, and my family and so far coverage, data, billing and customer service and support have been excellent. Thus I can recommend them based on personal experience,” said Dato’ Lee.

“We will be working closely with Dato’ Lee on branding and other activities that will be of benefit to our subscribers. XOX Mobile aims to up our game further by learning from a global champion. Look out for us in 2016,” said Mr Ng in closing.