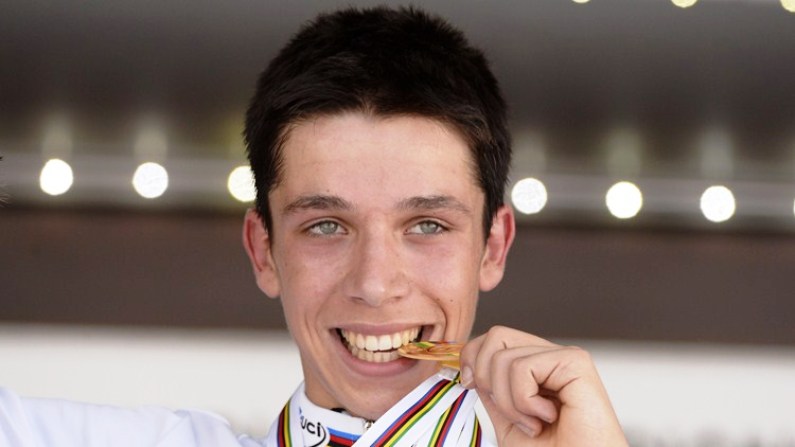 A native of Waregem in northern Belgium, Decraene killed himself not far from there at Zulte, the Belga news agency said without giving further details.

The Belgian cycling federation said it was stunned by the news of his suicide.

“The junior world time-trial champion, aged 18, was taking part in a week of training with the national team this week ahead of the world road-race championships in Ponferrada,” the federation said in a statement.

The Belgian Federation president Tom Van Damme added: “It’s difficult to comment on this terrible news, it will take time.”

Decraens, who was considered to be one of the great hopes of cycling-mad Belgium, won the world junior individual time-trial title in Florence last year having also collected the national crown.

He would have been defending his title in just over two weeks time.

“Igor couldn’t wait to defend his title at the World Championships. He was hoping to land another great result at the worlds. Unfortunately that won’t be the case,” his sports director Koen Dutroit, who added that he was “stunned”, told Het Laatste Nieus.

The team put a message on its Facebook page saying: “It is with great pain that we announce to you the death of Igor Decraene who has been the victim of a terrible accident.”

Decraene was in line to move to the World Tour outfit Omega Pharma to ride for their reserves.