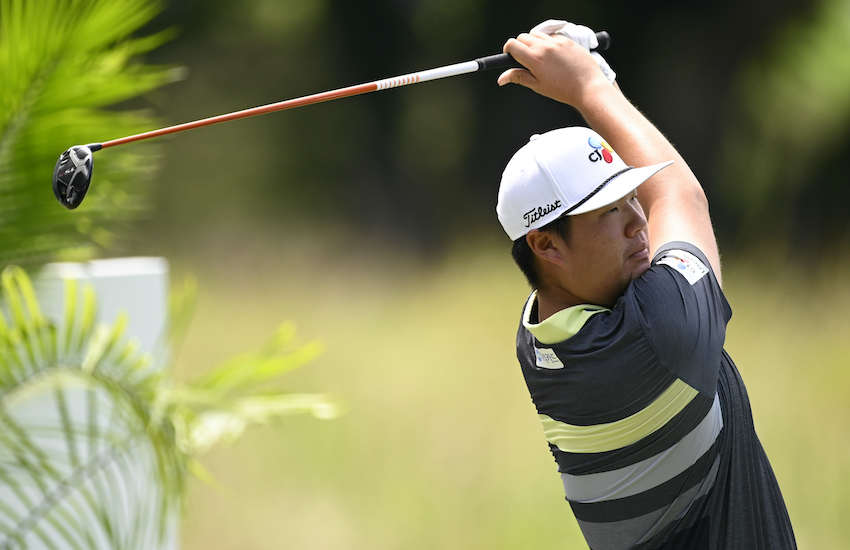 Newly-wed Sungjae Im is ready to switch mode from honeymooner to glory-seeker as he launches his 2023 campaign at the Sentry Tournament of Champions in Hawaii, which heralds a new era on the PGA TOUR this week.

The 24-year-old Korean star tied the knot in Seoul last month and has been enjoying a splashing time on the world famous holiday isle before turning his attention to the US$15 million showpiece at the Plantation Course at Kapalua in Maui.

“It’s amazing that time passed so fast and now that I’m married, I’m here in 2023 with a new mindset. I feel different than before and that’s why I will work harder in many ways,” said Im, who finished tied second in the final 2022 FedExCup points list.

“I came to Hawaii for our honeymoon because I have two events here (including next week’s Sony Open) and Hawaii is such a good place to be. So we came much earlier and saw many things, ate a lot of delicious food and had a good time.”

This week’s Sentry Tournament of Champions will feature a limited 39-man field which includes 20 of the Top-25 players on the Official World Golf Ranking. It is also the first of 17 newly designated tournaments on the PGA TOUR which will have elevated purses and commitments from the world’s top players.

The scenic Plantation Course is the perfect place for World No. 19 to launch his 2023 campaign. In finishing tied fifth in his debut in 2021 and equal eighth last season, Im is 45-under-par through eight rounds in what is traditionally the first tournament of every New Year

Since bursting onto the scene in 2019, Im has become one of the world’s top golfers, winning twice and making it into the TOUR Championship, which is limited to the top-30 players from the FedExCup, every year.

His desire over the next 12 months will be to also contend for a first major win.

“This year’s goal is to advance to the TOUR Championship as always. And another goal is to do well in major tournaments but most of all, I always want to perform steadily throughout the season as I have done over the past four years. I hope I don’t get injured, and I hope I can play well across the year while maintaining my physical condition,” he said.

“This is my third time playing here. I have good memories of being in the top-10 twice and I always feel good when I come over here. The scenery is nice, I like the golf course and this event is great because it is a tournament with champions from last year and players who qualified for the TOUR Championship. I hope I can play well this week like the last two years.”

Im will have the company of young compatriot Tom Kim as the 20-year prepares to make his debut following a stellar 2022 in which he won twice on the PGA TOUR. Other big names in the elite field include World No. 2 Scottie Scheffler, Patrick Cantlay (4th), Jon Rahm (5th), Xander Schauffele (6th), Will Zalatoris (7th), Justin Thomas (8th), Matt Fitzpatrick (9th), Collin Morikawa (11th), Jordan Spieth (14th) and Hideki Matsuyama (21st).