Home 2023 Peugeot aims to mark Esports debut with a top result in the... 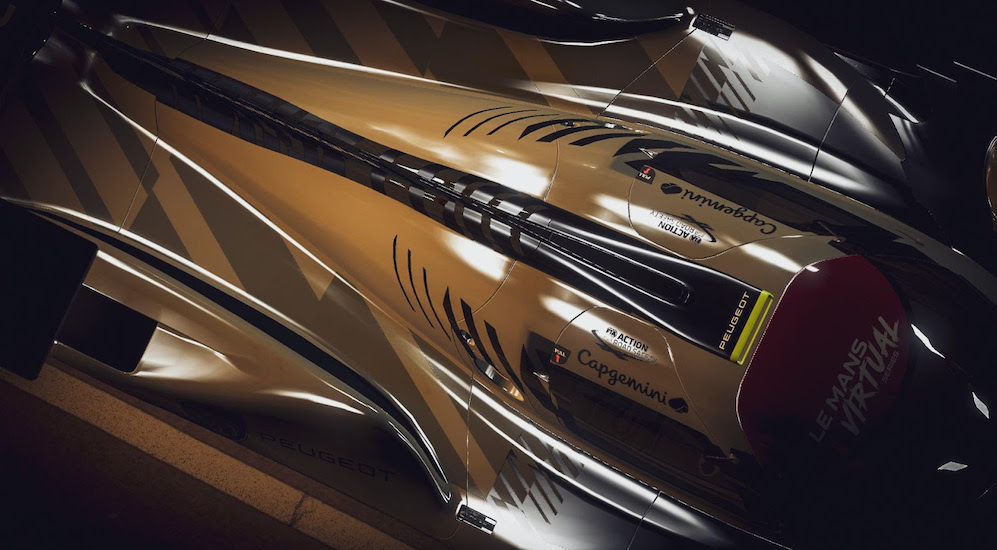 In addition to its return to a full endurance-racing campaign in the FIA World Endurance Championship (FIA WEC) in 2023, and with less than six months remaining until June’s Le Mans 24 Hours, the race that helped to forge its reputation in the discipline, Peugeot Sport is about to step into the world of Esports.

Here, too, Le Mans stands out as its programme’s centrepiece, with the 24 Hours of Le Mans Virtual looming fast on January 14-15.

Last year saw Peugeot kick off a fresh chapter of its history in endurance racing in general and at Le Mans in particular when the Team Peugeot TotalEnergies-run Peugeot 9X8 joined the FIA WEC’s Hypercar class in the summer.

This season, after a 12-year absence from the Le Mans 24 Hours, the French carmaker is looking forward to its return to the sport’s best-known fixture, intent on rekindling the success it has enjoyed on the event that notably brought it outright wins in 1992, 1993 and 2009.

Peugeot’s involvement in endurance racing – which first saw it race at Le Mans in 1926 – will soon also take the form of an ambitious programme in the fast-growing world of Esports.

The third edition of the 24 Hours of Le Mans Virtual on January 14-15 will wrap up the current Le Mans Virtual Series (LMVS) and comes after the successful races organised during lockdown in 2020, and in 2021/2022.

Peugeot has entered a car in the LMP prototype class, one of the virtual series’ two categories.

Peugeot has chosen to contest the 24 Hours of Le Mans Virtual from its premises in Satory, near Paris, home of the Stellantis Group brands’ motorsport bases and workshops. Peugeot Sport faces strong competition from a grid that includes entries from a long list of other manufacturers, real teams and renowned drivers from the worlds of endurance racing and Formula 1.

The 24 Hours of Le Mans Virtual uses the rFactor2 platform which is also commonly employed by professional real-racing simulators.

In an in-house talent-scouting operation organised by Stellantis Europe, PEUGEOT 9X8 performance engineer Kevin Lacour stood out finishing close behind some of the best pro drivers and has been recruited to join the Peugeot Esports squad alongside the best sim racers.

PEUGEOT has decided to approach Esports and sim racing from a unique, ambitious angle by creating bridgeheads with the real world, by cementing a younger community of followers of the brand, its history and staff, and by making motorsport easier to access in order to enable the younger generation to discover the automobile industry and motorsport in a different light.

“Thanks to sim racing, absolutely anyone can enjoy the thrill of motorsport and compete around the world’s top circuits from the comfort of their own home. There are clearly plenty of differences between the two forms of competition, so I will need to learn from my sim-racing team-mates. The limits are different, but you can’t afford to make mistakes or crash in virtual racing either!”

“During the Covid pandemic, sim racing was a way to carry on competing. It has come on so much. Okay, real and sim racing differ, but I’m going to give it my very best shot, try to stay out of trouble and avoid making any mistakes. The idea of pro and sim racers joining forces sounds like fun and I hope we can come away with a good result.”

“It’s a long race – twenty-four hours – so you need to stay calm and focused, day and night. You also have to take the traffic into account, which is where Gustavo and Malthe will no doubt have the edge. I am proud to be representing Team Peugeot TotalEnergies. My target is to be there at the finish, inside the top 10.”

“In real racing, your engine can fail, whereas in sim racing you can have issues with your software, your steering wheel or the traffic. The main thing is to be consistent and settle into a rhythm. After some good practice, I think we can target a top-10 finish in this elite race.”

“I am very happy and, to be honest, quite surprised to have won the contest! I have been playing Esports for a couple years and am excited to meet and play alongside the real pros. There is surely a lot I can learn from them.”