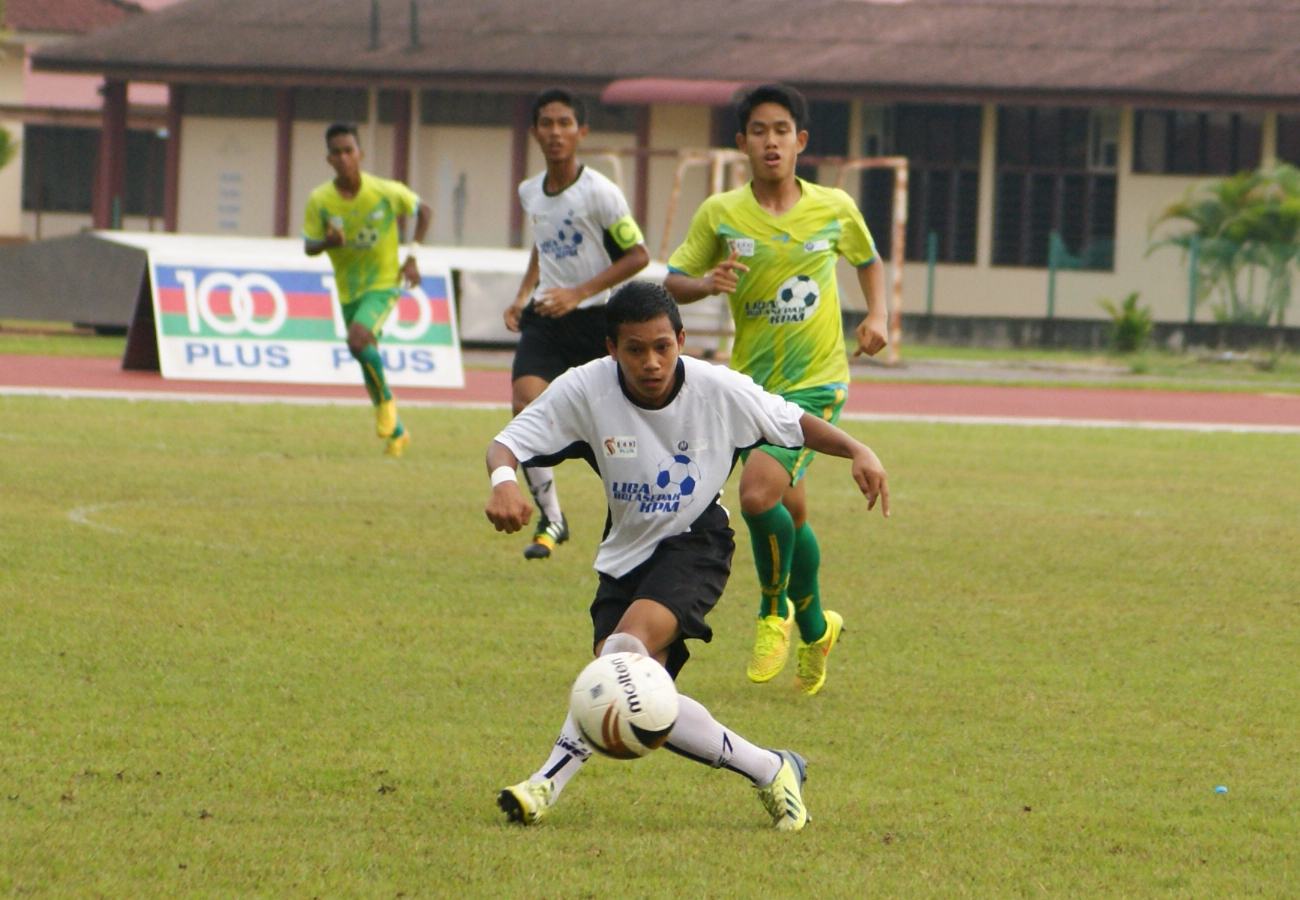 JITRA – The Under-15 team of the Bukit Jalil Sports School proved that their thumping win over former triple champions SMK Tunku Anum of Kedah last week was no fluke when they thrashed the latter 5-1 in the second leg, quarter-finals of the Ministry of Education U17 League on Saturday.

In the match that was played at the SMK Tunku Anum Mini Stadium in Jitra, the visiting Bukit Jalil boys came back from a goal down to score five times for the win to add to the 4-0 victory they carved from the first leg.

The city boys made the cut for the semi-finals of the league where they will take on Sarawak’s SMK Tabuan Jaya with a whopping 9-1 aggregate. 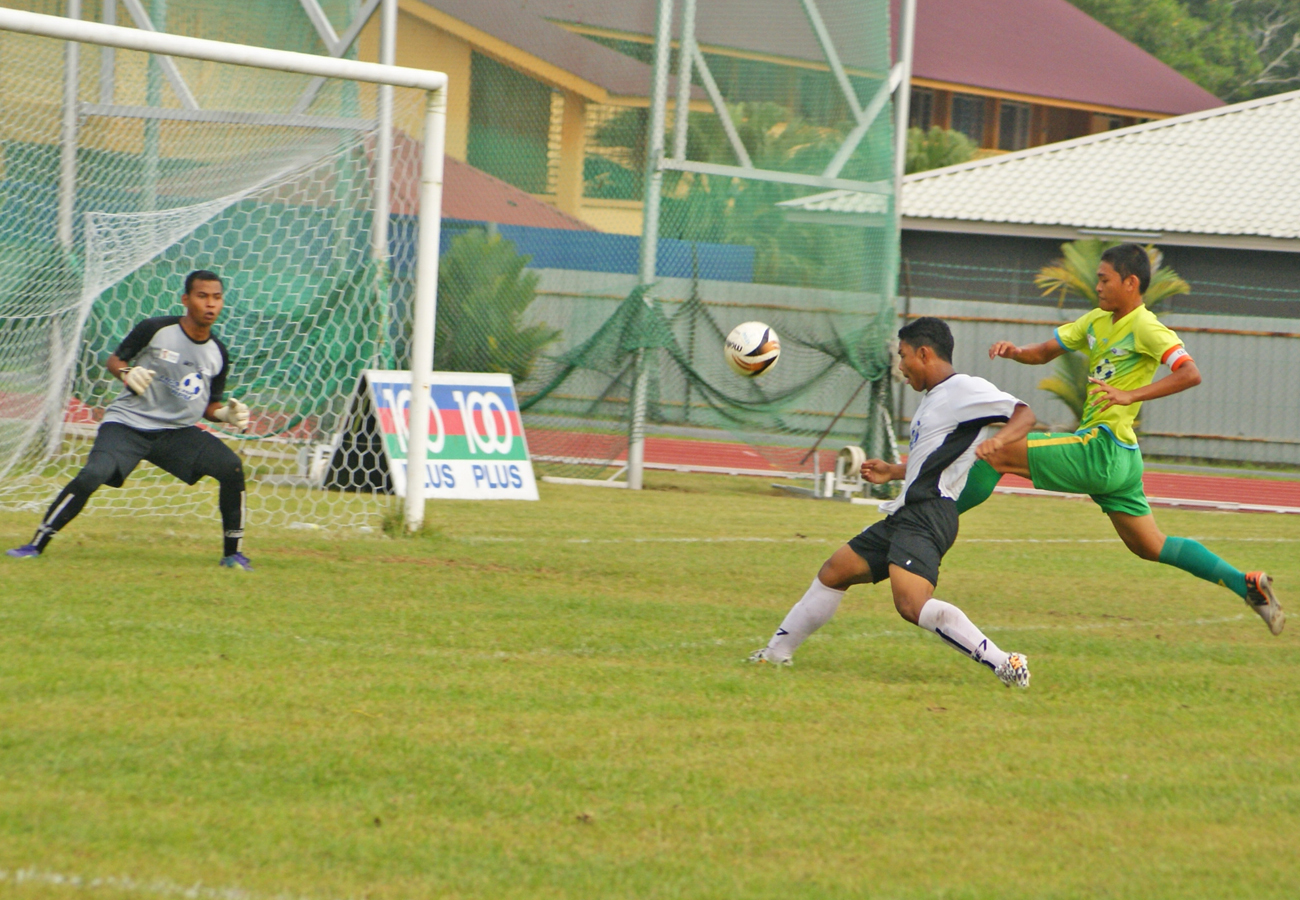 “We knew that Tunku Anum will have to be aggressive at the start as they were down by so many goals,”’ said Kok Keng Lin, the chief coach of the U15 team of the Bukit Jalil Sports School.

“But the lads were just fantastic. They came back from a goal down to totally dominate over their opponents. And I’m just so proud of them.

“I’m not saying that we are already a perfect side. There are weaknesses for sure and we need to remedy them before the first semi-final match (18 October).”

The odds were always stacked against SMK Tunku Anum – champions in 2010, 2011, 2012 – after falling behind by four goals from the first leg in Kuala Lumpur. And while they got their act early to press their opponents and score the lead in the 25th minute through Mohammad Yazman Hafiz Mohammad Sohimi, they just lacked focus for the remainder of the tie.

And this allowed Bukit Jalil to come up on level terms just before the break off Mohamad Arrieffahmi Mohamad Azam. The second half was all Bukit Jalil as Ammar Akhmal Alias (54th minute), Muhammad Zahril Azri Zabri (66th), Awang Mohamad Faiz Awang Fathi (68th) and Muhammad Khairuddin Mat Yaman (73rd) finding the back of the net.

Bukit Jalil’s opponent in the semi-finals will be SMK Tabuan Jaya, who beat SMK Seksyen 11 of Selangor 3-2 on aggregate. Following the close 1-0 win for SMK Tabuan Jaya from the first leg at home, they held their opponents to a 2-2 draw in the return tie for the win.

In the other semi-final tie, defending champions SMK Bukit Nenas of Terengganu will take on season pace setter SMK Syed Hassan of Perlis.

The side from the east coast, who were 1-0 down from the first leg, blasted SMK Za’ba of Negeri Sembilan 4-2 at home for the final 4-3 aggregate victory.

In the match that was played in Kuala Terengganu, the home team again found themselves falling behind by a 30th minute strike from Mohammad Iskandar Noorisam.

But being two goals behind on aggregate did not put a dent on SMK Bukit Nenas’ confidence as they continue to look for the goals they were so desperate for. And they finally came – all in the second half.

Mohd Zarulizwan delivered a double with goals in the 47th and 58th minute to be followed by further goals from Solahudin Mahmud in the 57th minute and Muhammad Fekry Azram Shariff nine minutes to the end.

And while Mohammad Iskandar did find the back of the net for the second time two minutes to the end, it was just too late for a fightback as SMK Bukit Nenas ensured their safe passage.

On the other hand, SMK Syed Hassan duplicated their 2-1 victory on the road the previous week to score a 4-2 aggregate win over SMK Seri Titiwangsa of Kuala Lumpur at the end of the second leg.

The visitors were cagey for much of the first hour of the tie before SMK Syed Hassan finally opened account in Kangar through Mohammad Amrizal Amiruddin in the 69th minute.

Muhammad Nazrul Na’im Mohd Noor then plundered a second goal in the 75th minute to take the game well beyond reach of SMK Seri Titiwangsa even though they did pull a goal back off Muhammad Akmal Mohd Amran in the 78th minute.

The first-leg semi-finals will be played on 18 October.

The others include the 100PLUS Malaysian Junior Golf Open and the 100PLUS National Junior Badminton Circuit. 100PLUS is recommended by the National Sports Council.
UNDER-17 RESULTS