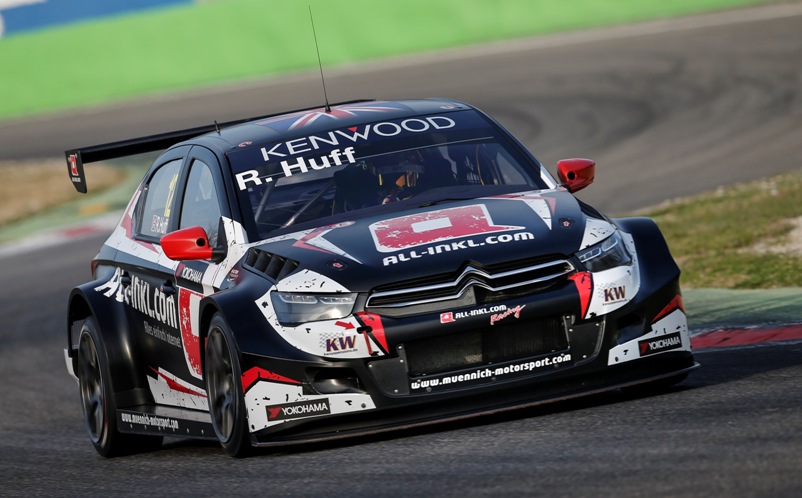 Rob Huff and his Zengő Motorsport team will celebrate winning the WTCR Trophy when the 2022 WTCR − FIA World Touring Car Cup resumes at WTCR Race of Bahrain later this season.

Recent confirmation that the 2022 calendar will feature nine events rather than the planned 10 means Huff cannot be caught in the race to win the title for independent drivers competing without direct financial support from a manufacturer customer racing department.

Following his win double at WTCR Race of Alsace GrandEst, Huff’s provisional WTCR Trophy total stands at 124 points, 50 more than closest rival Mehdi Bennani. With a maximum of 23 points up for grabs at WTCR Race of Bahrain and again at WTCR Race of Saudi Arabia, Huff is out of reach in the WTCR Trophy title chase. He’s therefore set to follow Jean-Karl Vernay (2020) and Gilles Magnus (2021) as the latest winner of the WTCR Trophy from series’ promoter Discovery Sports Events.

“First of all I’m delighted to win the WTCR Trophy,” said Huff, 42. “It’s a real privilege and an amazing achievement given we weren’t racing two weeks before the season started and to win the title with two events left is great. The competition has been tough because we know the level of Mehdi [Bennani], Tom [Coronel] and my team-mate Dani [Nagy]. Ultimately we are in the WTCR Trophy because we don’t have support from a manufacturer so this title is really a testament to what the team has managed to achieve. We’re the smallest team on the grid physically and financially but we’re in a position where we can finish in the top three in the overall standings, which is amazing.”

Huff continued: “Motorsport is all about preparation and everything comes down to preparation but we had zero before the start of the season. Our mechanics had zero, our engineers, me and Dani. The team has managed to turn completely around in such a short space of time going from not racing to giving me a car that’s won two races overall. It’s sensational to be able to change the mindset of not racing to being world title contenders halfway through the season. Zengő Motorsport is probably one of the most special teams on the grid with the way they can adapt and hats off to them.”

Huff’s WTCR Trophy high revisited
Huff took his first WTCR Trophy win of the season in Race 2 at WTCR Clean Fuels for All Race of France in May after Mehdi Bennani had triumphed in the opening counter for Comtoyou Team Audi Sport. Huff then scored a win double at the Hungaroring, a performance he matched at MotorLand Aragón and Circuito Internacional de Vila Real, where he also celebrated winning Race 2 outright. After Tom Coronel topped the WTCR Trophy order in Race 1 at WTCR Race of Italy, Huff was a winner again in Race 2, before he landed a victory brace at WTCR Race of Alsace GrandEst. Huff’s first-place finish in Race 2 was his second overall victory of the year, while his team-mate Dániel Nagy has also been a WTCR Trophy podium regular in 2022. Huff’s WTCR Trophy will be presented at a later date.