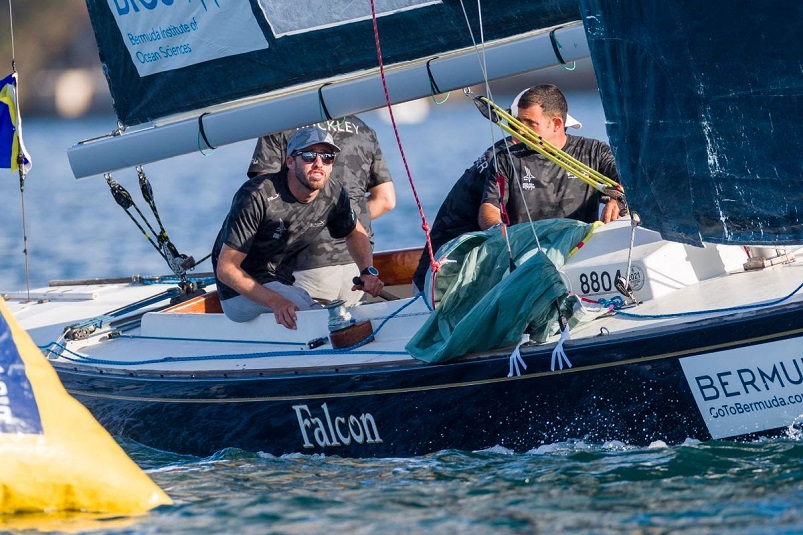 Williams’s and Canfield’s crews lead their semifinal series, 2-0, against Jeppe Borch’s Borch Racing Team and Phil Robertson’s China One Ningbo crew, respectively. One more victory for each puts them into the final of the $100,000 regatta, with $30,000 earmarked for the winner who’ll also be awarded the King Edward VII Gold Cup and the sterling silver World Match Racing Tour trophy.

The quartet advanced to the penultimate round of the regatta after a Quarterfinal Round that saw a slew of penalties (14 penalties and one black flag against seven green flags), nearly as many lead changes, and two winner-take-all fifth races.

Williams defeated Eric Monnin’s Capvis Swiss Match Race Team, 3-2, in a penalty filled series that saw Williams disqualified from the second race for incurring three successive penalties. But it was a Race 5 penalty against Monnin for failing to keep clear as windward yacht that ultimately gave Williams the edge he needed to advance.

“Eric sails the boat smooth and is fast in the lighter fickle stuff,” said Williams, the reigning event champion and six-time Open Worlds champion. “We were strong off the start line and up the first beat. In the last race we went for a hook on the first upwind leg and it was one of those situations where your heart’s in your mouth because if you don’t get there, you’re looking silly. We just got the overlap, but it was enough to take him up. He was slow to respond and got a penalty.”

The upstart Borch, all of 23 years old, defeated the top ranked crew at the regatta, Chris Poole’s Riptide Racing Team, also by a 3-2 score. Borch, who lists two Youth World Championship regattas as his top competition, had great starts when it mattered most and also solid tactics in jumping the gun for windshifts. Combining the two, he won the final race by more than 40 seconds, an eternity in match racing.

“We’re over the moon. We can’t believe we’re in the semifinals. It’s amazing, actually,” said Borch. “It was close racing versus Chris but, in the end, we played the shifts better and had better starts. We managed to start ahead and extend from there and that was the key to win.”

Canfield defeated old foe Johnie Berntsson and the Berntsson Sailing Team, 3-1, to continue his mastery over the Swede here in Bermuda. Canfield has been talking tough all week about winning this dual championship regatta, and today he backed that up.

“You’ve got to beat everyone to be the world champion, and that’s what we’re here to do,” said Canfield, a two-time event champion and past Open Worlds champion.

New Zealander Robertson won his trans-Tasman rivalry against Torvar Mirsky’s Mirsky Sailing Team, 3-0, to continue New Zealand’s reign over Australia here in Bermuda. But it was the finish of Race 3 that frustrated Mirsky.

Mirsky had closed up from behind to slightly overlapped to leeward, with both on starboard jibe within 100 yards of the finish. Robertson gained a bit of separation and then jibed to port towards the finish line. But he couldn’t cross Mirsky, who had to alter course and nicked Robertson’s stern. Penalty to Robertson. 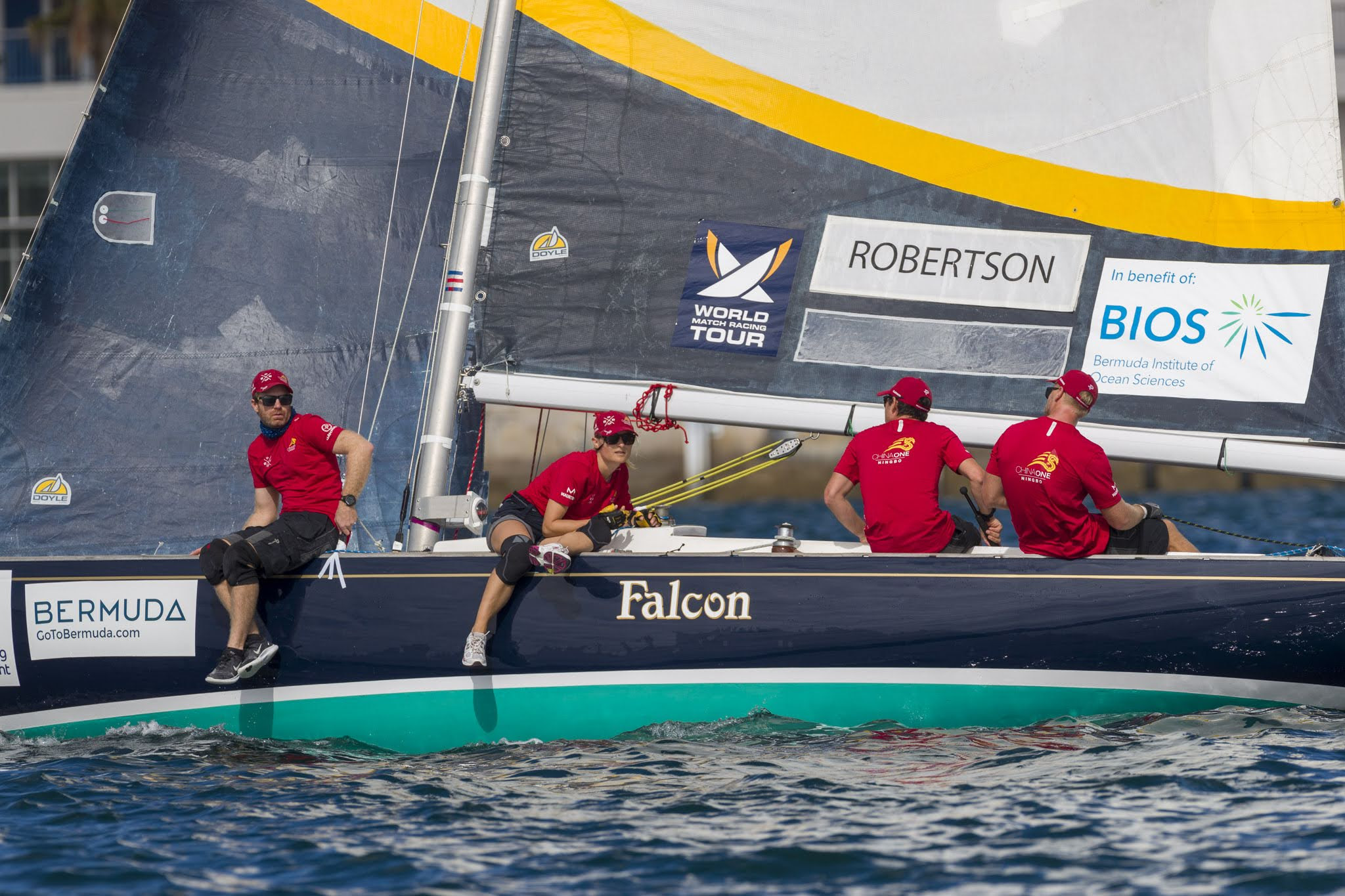 Mirsky then jibed to port and, as he tried to fit between Robertson and the pin end of the finish line, was penalized for taking buoy room that, the on-water umpire deemed, he wasn’t entitled to. The ensuing penalty offset Robertson’s penalty, who sailed across the finish line to win the race and the series.

Mirsky then filed for a request for redress from the Organizing Authority for improper action in using a single umpire system. Due to social distancing mandates in the era of coronavirus, each umpire boat has only one ump instead of two. After a lengthy hearing by the International Jury, Mirsky’s request was ultimately dismissed.

“First off, Phil and his team sailed really well and beat us around the course,” said Mirsky. “We’re disappointed because we had a chance to continue our quarterfinal match and then that that call was made. This is what happens in match racing and when you’re not sailing better than the other team. Phil did a good job and is sailing well. I guess we’re disappointed we didn’t get to put up more of a fight.”

The semifinals resume tomorrow morning with the first warning signal scheduled for 0930 hours.

The King Edward VII Gold Cup, awarded to the winner of the Bermuda Gold Cup, is the oldest trophy in the world for competition involving one-design yachts. First presented in 1907 by King Edward VII at the Tri-Centenary Regatta at Jamestown, Va., honoring the 300th anniversary of the first permanent colony in America, the trophy is the only King’s Cup ever to be offered for competition in the United States which could be won outright.