Home News Cash of the titans as Superclasico goes Down Under 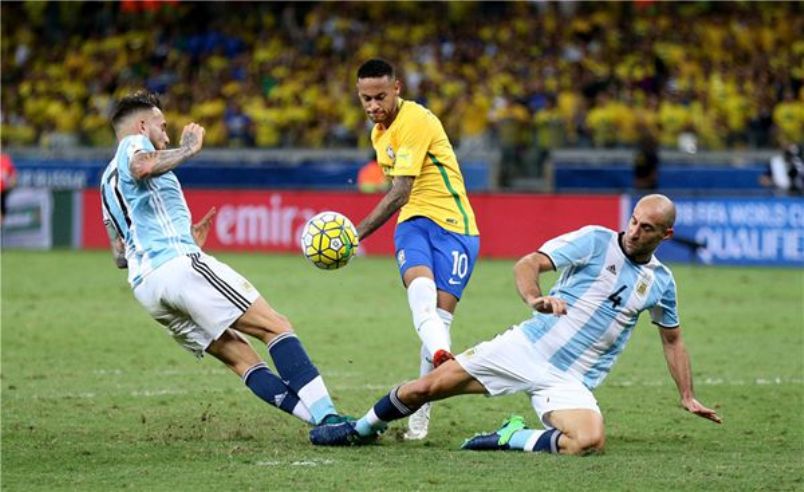 Argentina’s Superclasico showdown with arch-rivals Brazil is set to pump tens of millions of dollars into the Australian economy when they play in front of 100,000 fans on Friday.

Although Neymar is missing from Brazil’s line-up, his Barcelona team-mate Lionel Messi will light up the occasion at the Melbourne Cricket Ground.

Melbourne is just the latest far-flung city to host the Superclasico, one of the most hotly anticipated fixtures in football, joining the likes of Beijing, New Jersey, Doha and London.

The star players at Argentina and Brazil’s disposal and their bitter rivalry make the match a sure-fire hit. Resale tickets were selling for up to Aus$607 ($458) online on Thursday.

Friday’s game has been eight months in the making with an undisclosed financial inducement to get the top two nations in world football all the way Down Under.

While the fees have not been revealed, the game, along with Brazil’s match against Australia in Melbourne next week, is forecast to inject more Aus$50 million ($38 million) into the local economy.

Australian promoters are hailing Friday’s game as the “best collection of world footballers to step foot in Australia”.

But while organisers are enthusiastic, then-Argentina coach Edgardo Bauza made clear neither he nor his players were happy when the game was announced last year.

“Because it comes after the club season the players don’t really want to know about it,” Bauza was quoted as saying.

“They want to go on holiday, they’re planning which beach they’re going to be lying on with their women. And then you tell them that they have to go to Australia!”

The long trip also comes at a crunch time for Argentina, who are in fifth place — the play-off spot — with four games left in South American qualifying for next year’s World Cup.

It will be the first game in charge for Jorge Sampaoli, their third coach of this World Cup qualifying campaign. Brazil have already booked their spot at next year’s tournament in Russia.

According to Damien de Bohun, general manager of the state of Victoria’s Major Events, the lure of playing at the MCG, one of the world’s great sporting arenas, clinched the deal.

“So a match involving two of the world’s greatest teams, Brazil and Argentina, was a natural fit.”

It is not the first time Argentina and Brazil have faced off in Australia. They previously met in Melbourne in the 1988 Bicentennial Gold Cup, when the game finished 0-0.

“They (Brazil and Argentina) understood the reputation of the venue that can draw 100,000 fans and it is an incredibly attractive proposition to appear on the biggest stage,” said De Bohun.

“For players like Lionel Messi representing their country is something they are passionately committed to, apart from the commercial reality of the event.”

De Bohun, the former head of Australia’s A-League, said Brazil and Argentina’s delegations were both impressed when they visited Melbourne late last year.

“When they inspected the MCG they described it as colossal, like a colosseum,” he said.

De Bohun added that having such football heavyweights at the MCG would help put Melbourne on the map for other teams.

“Having Brazil and Argentina come to play in Melbourne opens the eyes and ears of other clubs and countries to play here,” he said.

“Some countries who will play at the World Cup in Russia next year have expressed an interest in coming to play in our city. There is a clear plan going forward.” – Agence France-Presse