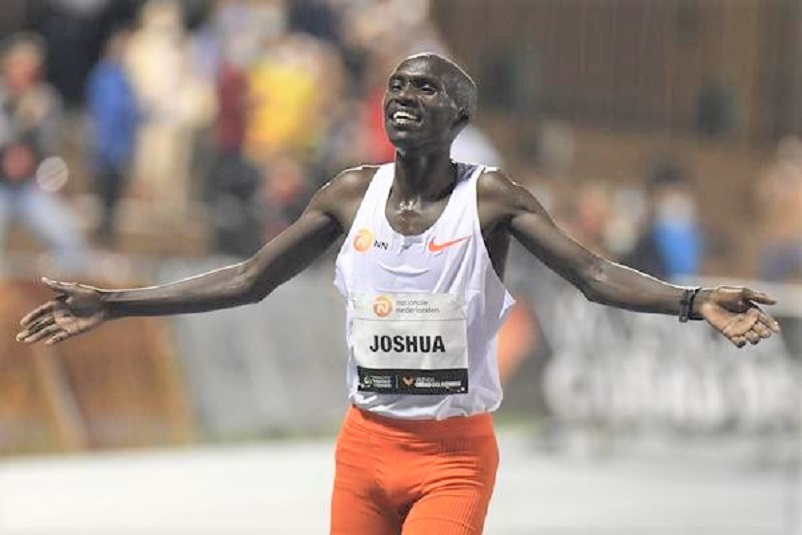 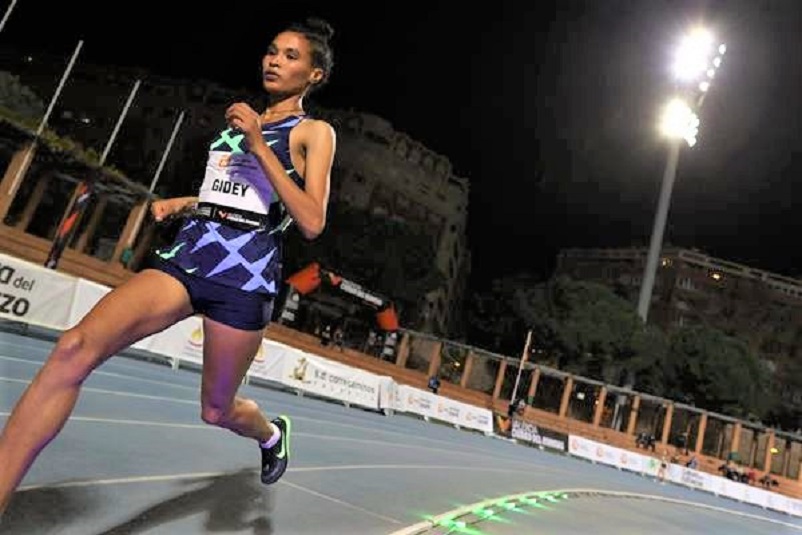 Gidey had just the wavelight pacing technology for company over the final two kilometres and she doggedly stuck to the very front of the stream of blue lights. She reached 4000m in 11:19.17 and managed to crank up the tempo even more for the final 1000 metres, eventually crossing the finish line in 14:06.62.

Just five minutes later, Cheptegei took to the track for the 10,000m. The Ugandan, who won world titles at 10,000m and cross country last year, had broken the 5000m world record in Monaco earlier this year, clocking 12:35.36. Shortly after that run, he announced his intentions to break another of Bekele’s marks.

Australia’s Matthew Ramsden was the pacer for the first 3000m, bringing the small field through 3000m in 7:52.79. Kenya’s Nicolas Kimeli – who finished second to Cheptegei in his 5000m world record run in August – then led Cheptegei through the half-way mark in 13:07.73.

Cheptegei ran alone for the second half, but by this point he was locked into the required record pace. His 8000m split of 20:59.48 confirmed he was still on course for the world record.