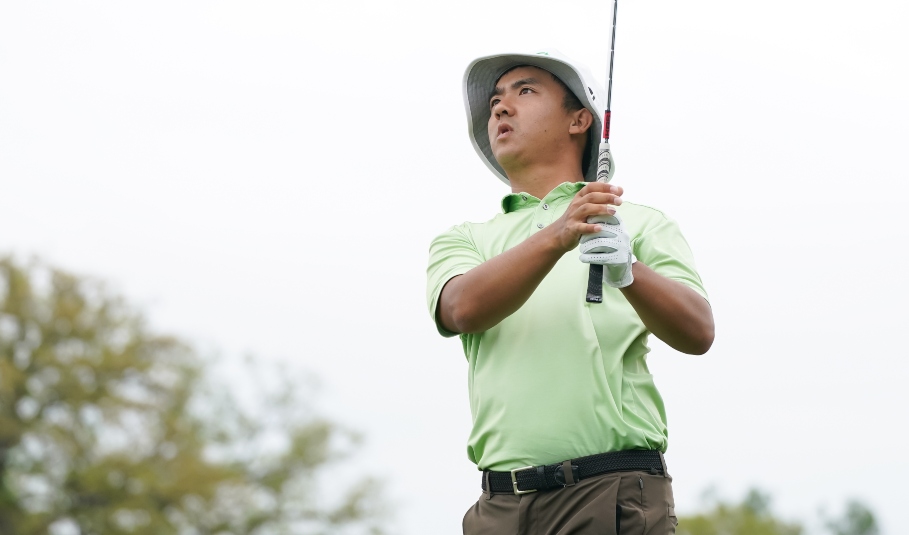 China’s Marty Dou endured a roller-coaster even-par 70 as he dropped to tied fifth place through the second round of the Huntsville Championship on Friday.

The 25-year-old Dou, who opened with a 64 on Thursday, rued the chilly conditions at The Ledges course as his putter let him down following four three-putts and several other missed opportunities to keep pace with the leader, Erik Barnes who fired a fine 65 to lead the Korn Ferry Tour tournament on 11-under. Dou, who is chasing a third Korn Ferry Tour victory, trails by five on 6-under heading into the weekend.

Korea’s Seonghyeon Kim, who needs a two-way tie for sixth place or better to reach the 900-point threshold this week and secure a PGA TOUR card, shot a 69 for fourth place on 7-under. Kim, 23, has been one of the revelations this season with three top-3 finishes already as he chases his American dream.

Dou was disappointed he did not maintain his form but reckons he is still very much in the title hunt where a win will see him surpass the 900-point target to secure a return to the PGA TOUR. Compatriot Carl Yuan is already TOUR bound, although Yuan missed the cut with a second round 75 on Friday.

“It was cold early on in the morning, so I didn’t quite find good form. My game was up-and-down and my putting was poor. I got four three-putts, and missed a few short birdie putts too. I need to improve on my putting. I still feel good with my swing,” said Dou.

Barnes seized his second 36-hole lead on the Korn Ferry Tour this year, and remains the only player to make the cut in all 10 tournaments this season.

“To be honest with you, this is the one I was worried about,” Barnes said of his streak of made cuts. “I did not play very well on this golf course last year. The way I kind of felt coming into the week about my golf swing made me a little nervous. But it feels great to make another cut and to be in contention and be able to put myself in this position hopefully after tomorrow.”

Barnes, who moved to Birmingham, Alabama during the offseason, began the second round at The Ledges with a birdie at the par-4 first, the same hole he double bogeyed in the first round. The 34-year-old Austin Peay University alum also birdied the par-4 second and par-3 fifth on the front nine, but one of those birdies was negated by a bogey at the par-4 sixth. Barnes tallied four more birdies on the back nine (Nos. 10, 11, 13, 15), but bogeyed the par-4 18th hole, which left him with a 5-under 65.

Entering the weekend at 11-under, Barnes, who would surpass the 900-point threshold, sits one stroke ahead of Harrison Endycott in solo second and three strokes ahead of Quade Cummins in solo third. Barnes recently held the outright 36-hole lead at the Club Car Championship at The Landings Club earlier this month, but he played the weekend at 1-over par and settled for a T7 finish.