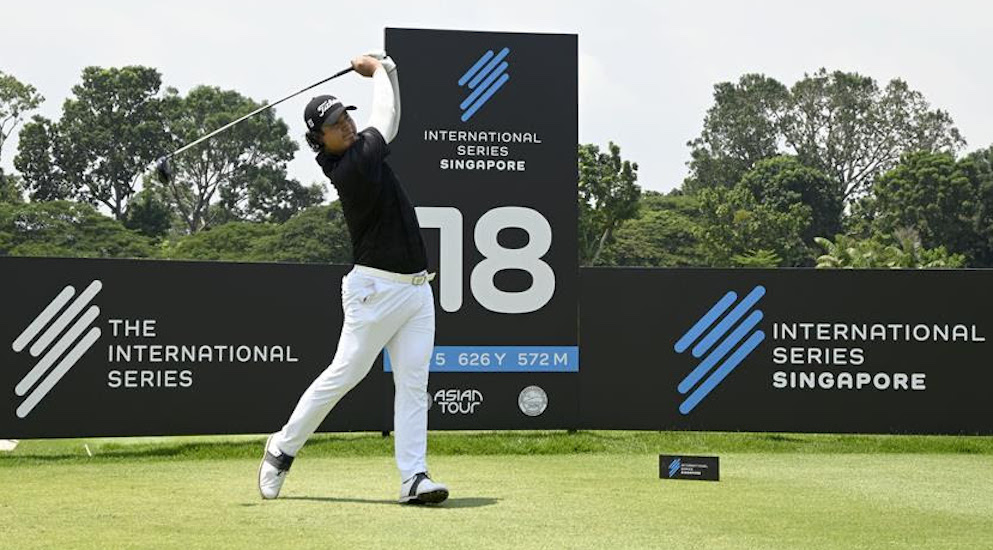 Current Asian Tour number one Sihwan Kim says he is gradually starting to fix his game after a surprising loss of form which he says has, on occasion, put him in “no man’s land”.

The American tees-off in the US$1.5 million International Series Singapore, on the impressive and imposing Tampines Course at Tanah Merah Country Club on Thursday, encouraged with the work he has been doing on his technique.

“Game is getting better,” said the 33 year old, who has missed the cut in his last two Asian Tour events, as well as The Open at St. Andrews.

“I got some coaching over the last three weeks. Trying to fix some things in my swing. It’s getting better.”

During The Open and the week after he worked with renowned coach Jamie Gough, who counts Li Haotong amongst his clientele and is the brother of former Rangers, Tottenham and Scotland defender Richard.

“It’s just old habits I have, just getting too narrow throughout my swing. I don’t know why it happened, obviously your ball striking goes off and on. I am just missing it to both sides, and it wasn’t looking pretty. I just had to get it looked at,” added the American.

He currently leads the Order of Merit with earnings of US$517,858 having won the International Series Thailand in March and Trust Golf Asian Mixed Stableford Challenge in April, also in Thailand.

He added: “I don’t think about the Order of Merit title race that much, you just want to play your best every week. Winning twice a year, you have pretty much done your duty. Obviously, if you win more that’s better. How many people win more than twice a year, know what I mean? Not many.”

He has also been playing in the LIV Golf Invitational Series this year and despite the fact that they are 54-hole events and there is no cut he says the pressure is still very much on.