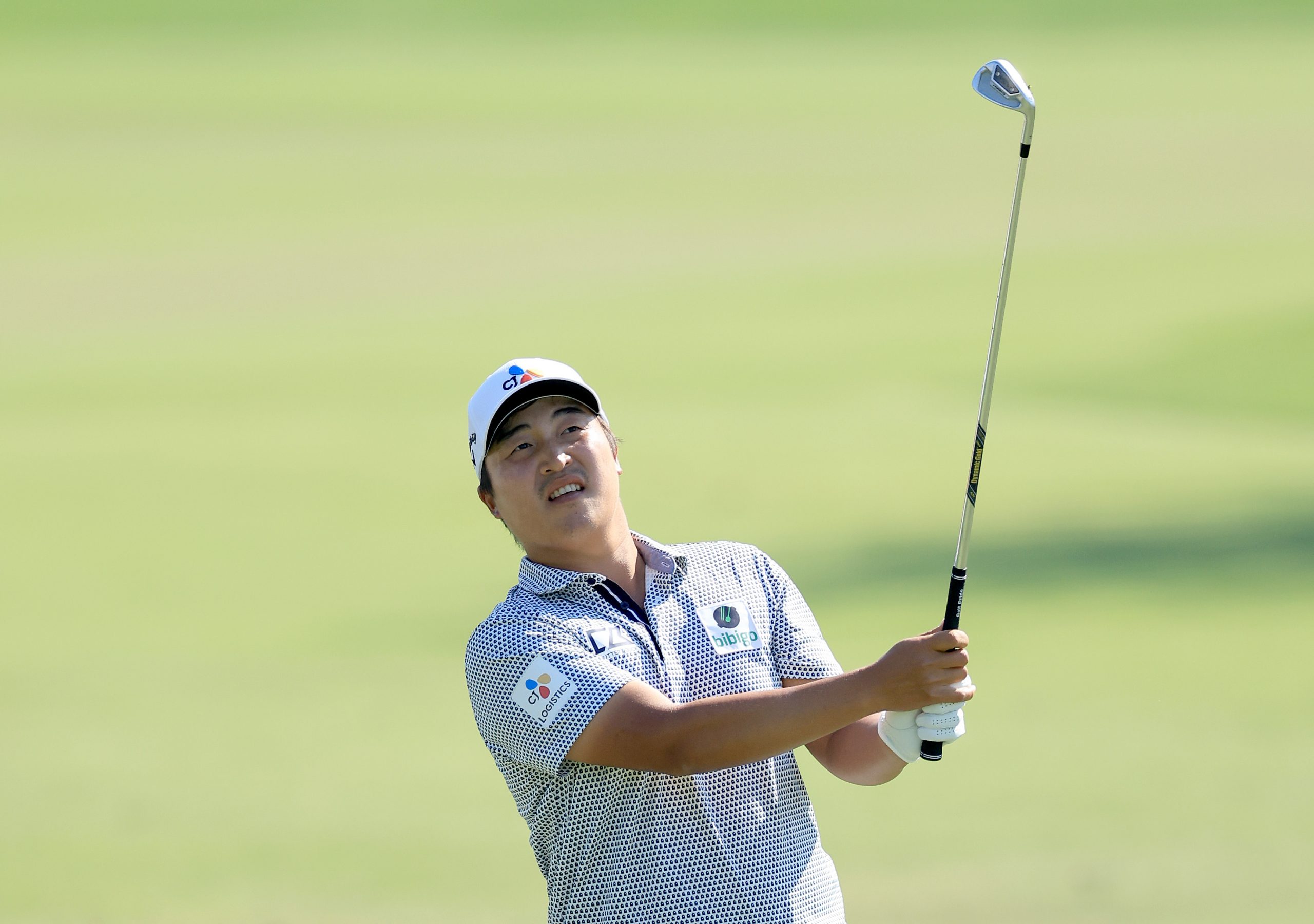 A golf journey which began when K.H. Lee was 13 years old has now led him to a dream destination this week and the Korean star is determined to savour the moment with his father, Sang Moo.

Lee earned a coveted Masters Tournament debut after winning his first PGA TOUR title at the AT&T Byron Nelson last May, which meant a subsequent 11-month long wait for him and family to finally step foot on the hallowed turf at Augusta National Golf Club.

He has always credited his father’s support and dedication for his rise in the game and hopes to repay some of his debt by having the elder Lee caddie for several holes in The Par-3 Contest on the eve of the 86th Masters.

“My father was the one who introduced me to golf and I’m so happy he is able to be at my first Masters with me. He was very supportive of my growing up years and I wanted to ensure he was here with me. It will be awesome to have him caddie for a few holes at The Par-3 Contest and my wife (Joo Yeon Yu) will also caddie for a few hole too,” said Lee of the Masters tradition played over the nine-hole, par-27 course on the club’s grounds.

Lee learned the sport when he followed his father to a driving range near the restaurant which his family operated in Seoul. During the winter months, both father and son would travel abroad for Lee to continue with his practice. When Lee competed on the Korn Ferry Tour in 2016, his father was by his side throughout the grind to provide morale support as Lee chased his American dream.

“I knew he had a difficult time with the food as it was hard to find decent Korean or Asian restaurants (in the U.S.). To make matters worse, he had to pull out a tooth during one of our trips! As the only child, my parents gave me everything they could and I cannot sufficiently show my appreciation to them,” said Lee.

The 30-year-old recalls watching the Masters on TV as a young golfer and thinking of one day competing for the famous Green Jacket, which is handed to the champion each year. “I remember when April comes, they always played the Masters. Seeing the green grass and famous players got me to dream big. It’s an honour for me to play this event,” said Lee, who will play the opening two rounds with former Masters champion Vijay Singh and Ryan Palmer.

“It’s my first experience. It’s a dream come true. I’ve only watched the Masters on TV. I’m very happy and thankful I’ve got this chance. I will try to stay calm and patient, and try my best until the end. I think that will bring great scores for me.”

As a leading amateur for Korea, he won the team gold medal at the 2010 Asian Games. He also competed during the same time as Japan’s Hideki Matsuyama, this week’s defending Masters champion. Matsuyama became Asia’s first Masters winner, and only the second Asian male major champion after Y.E. Yang of Korea following his one-stroke win at Augusta National last year.

Seeing a fellow Asian rewrite golf history has no doubt served as motivation for Lee, who first met Matsuyama at the 2010 Asia-Pacific Amateur Championship (AAC) on the outskirts of Tokyo. Matsuyama won the event to earn a start at the Masters in the following year, with Lee finishing tied fourth, some 11 shots back.

“I was very impressed with how Hideki won the Masters. I was very happy as we have played with each other since our amateur days and I have gotten to know him. He is very humble and he practices a lot. He is a hard worker and his win has motivated me and other Asian golfers. I think maybe next time, I will win a major. It was nice to see him do it,” said Lee.