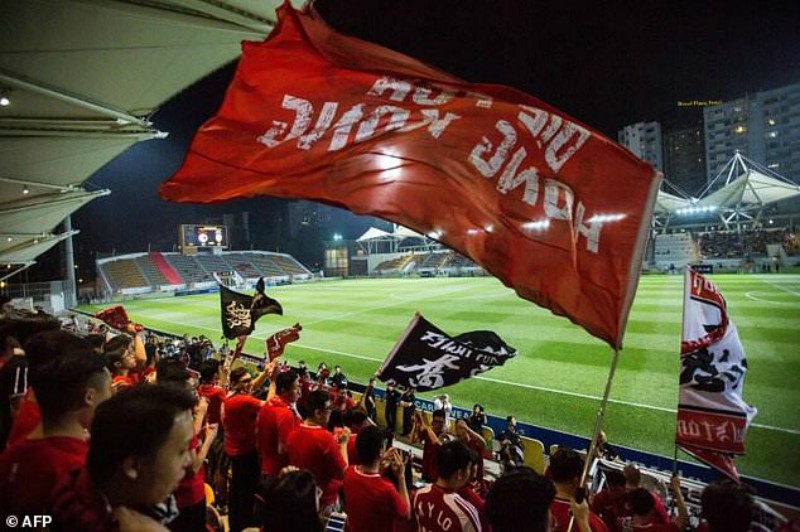 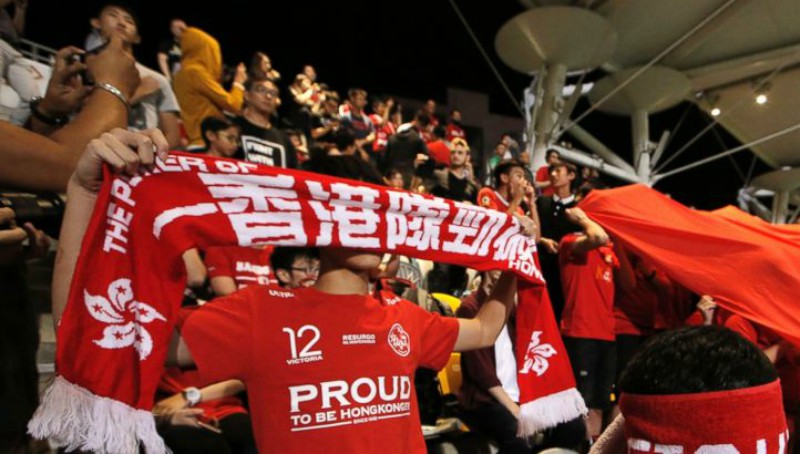 Defiant Hong Kong football fans booed the Chinese national anthem at a home match against Bahrain Thursday, ahead of the implementation of a law making it illegal to disrespect the song.

Hong Kong’s government had on Saturday said that China’s new National Anthem Law will apply in the semi-autonomous territory, once authorities enact a local version of the legislation.

Fans on Thursday night unfurled a large Hong Kong regional flag in the stands of Mong Kok Stadium while loud booing was heard during the broadcast of the Chinese national anthem, with some supporters turning their backs on the field.

“Basically we don’t feel Chinese, we are Hongkongers,” a fan, who wanted to remain anonymous, told AFP after he turned his back when the national anthem was played.

He added that he was angered by the idea of the National Anthem Law.

Kitson Wong, another fan, told AFP ahead of the match that he thought the law would “seriously limit” residents’ freedom of speech.

But some fans said it was pointless to continue disrespecting the anthem.

“The things you don’t like won’t disappear after you boo it,” said 25-year-old Pius Chan, a lab technician.

China passed legislation to punish anyone who disrespects the national anthem with up to three years in prison, state media reported on Saturday.

It has been fine-tuning legislation on the proper way and place to sing its national anthem, recently tightening rules that already bar people from performing it at parties, weddings and funerals.

The country in September passed a National Anthem Law applying to those on the mainland, which specified a much lesser jail term of 15 days for disrespecting the song.

It was unclear which of the two laws would take precedence in cases involving alleged disrespect to the anthem.

Hong Kong football fans have booed the anthem at matches for years, as concerns grow about the city’s liberties coming under threat.

Pro-Beijing politician Ip Kwok-Him said on Saturday that “when this law is passed, people must stand, there must be a display of solemnity”.

Ip, a Hong Kong deputy to the National People’s Congress, told a radio programme on Saturday that people in the city would have to stop when they heard the anthem even if they were walking.

Written in 1935 before the Communist Party took power and officially adopted in 1982, the buoyant, military-minded score calls on the Chinese people to “march on” toward the establishment of a new nation. – Agence France-Presse