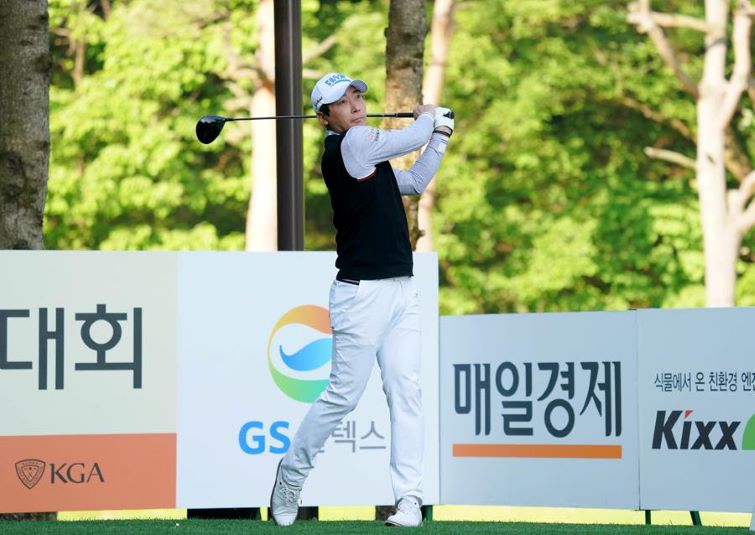 Korean Dongmin Lee took the first-round lead with a six-under-par 65 at the GS Caltex Maekyung Open today, helped by drawing on the experience of playing in the prestigious event on many occasions.

His compatriot Hyungjoon Lee came in with a 66 at Namseoul Country Club – in an event which marks the first time that the Asian Tour has been to Korea since 2019.

“I have a lot of experience on this course, so I know exactly where I shouldn’t go and where I should go,” said 36-year-old Dongmin Lee.

“A first day six under par round is great. I hope I can play the rest of the tournament this well. It’s my best score in this course. Namseoul is difficult, but I played aggressively, and things worked out well.”

He began his round early in the morning on hole 10 and could be forgiven for starting with a bogey as conditions were very cold before bright sunny weather started to warm things up.

The Korean, a professional for two decades, ended up shooting eight birdies including on the last three holes and dropped just two shots.

He added: “It’s just the first day though, I need to pace myself and just focus on playing my own game over the next three days.”

Hyungjoon Lee finished joint second in the Korean PGA Tour’s season opening DB Insurance Life tournament last month and picked up where he left off with an equally impressive round today, which also started on the back nine, made up of six birdies and one bogey.

“I teed up early in the morning. There was no wind really until the second [11th] and third [12th] holes. It was easy to make a birdie. I felt confident,” said Hyungjoon Lee.

“I had about a three-week break after the season opening tournament and I spent a lot of time practicing my putting to get ready for Namseoul. I really wanted to work on my feel and touch. I practiced at quite a lot of different venues and came to Namseoul four times.”

The 29 year old completed his 18-month military service in July last year and struggled with his game when transitioning back into normal life.

He added: “I did not play very well after finishing military service and was very disappointed. I got away from the Korean winter and went to practice in Chiang Mai for a month and a half this year and that was a big help.”

The Korean is a five-time winner in Korea but like Dongmin Lee he is looking for his maiden title on the Asian Tour.

Korean Bio Kim, winner of this event in 2012 when it was not on the Asian Tour schedule, and Junggon Hwang, a four-time winner in Japan, fired 67s.