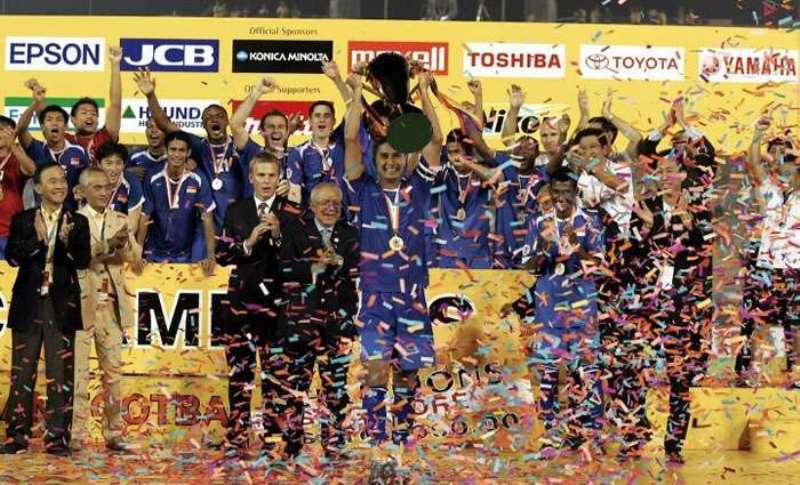 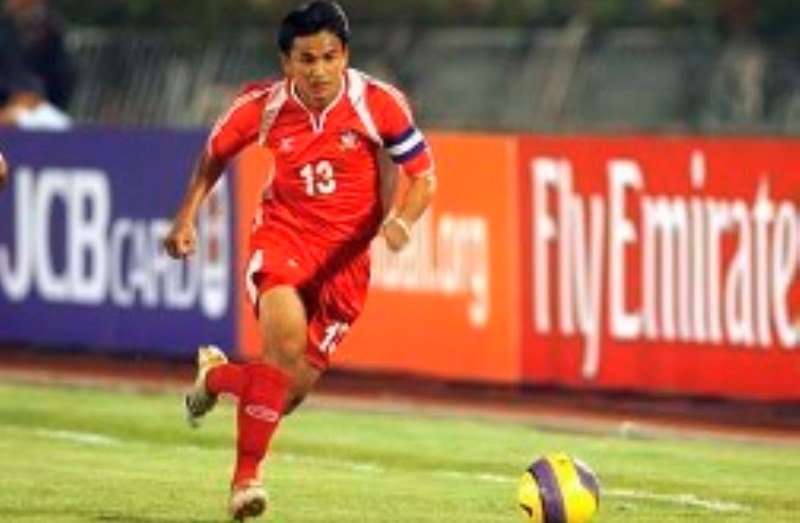 It was the only edition without a title sponsor and was known simply as ASEAN Football Championship.

And due to some technical issues, it was also the only event not be held in the year it was supposed to when it was held in early 2007 instead of at the end of 2006.

It was held on 12 January 2007 to 4 February 2007 with three-time champions Thailand co-hosting the event alongside two-time winners Singapore.

Incidentally, it was also the last year where the iconic National Stadium in Kallang was used before its redevelopment.

All matches hosted by Singapore were played at the National Stadium with the Jalan Besar Stadium as the alternative.

In Thailand, all matches were played at the Supachalasai Stadium with the Thai Army Sports Stadium as the alternative.

A qualifying round was re-introduced since 1998 where it was held at the Panaad Stadium in Bacolod City in the Philippines.

Five teams did battle with Laos and the Philippines making the cut to the final rounds.

The other teams in the qualifiers were Cambodia, Brunei and Timor Leste.

GROUP A – Thailand, Malaysia, Myanmar and the Philippines

Thailand were eager to make up for the humiliation of not making past the group stage at the last edition.

And with the likes of Datsakron Thonglao and almost retiring Kiatisuk Senamuang back in the captain’s armband, Thailand had the quality to win the group, which they did.

The Malaysians had little change from the 2004 squad although they did introduce youngsters Samransak Kram and also Muhd Safiq Rahim into the mix.

A big win over the Philippines and then a draw against Myanmar were enough to guarantee their place in the next round.

Under Sann Winn, Myanmar were competitive throughout the competition with players like Aung Aung Oo, Khin Muang Lwin and also the lanky Yan Paing, the team did not lose a single game.

But neither did they win one where the three drawn games, saw Myanmar finishing third in the group with three points – just a point behind second-placed Malaysia.

The Philippines were still building the team and they introduced a young James Younghusband into the squad under Jose Caslib that also had Alexander Borromeo.

But the team lacked cohesion and had to be content with finishing fourth in the group.

At the height of their naturalisation programme, Singapore had the wily Mustafic Fahrudin to rely on as their awesome firepower saw the Lions scoring 13 goals as against conceding twice.

It was the year Noh Alam Shah emerging as the tournament’s top scorer with 11 goals which also included the seven goals he scored in the group stage against Laos.

However, the battle between Singapore, Vietnam and Indonesia completing the group stage on the same five points with Singapore and Vietnam progressing on better goal difference.

Vietnam’s Le Cong Vinh was still maturing although they had Nguyen Minh Phuong and also Phan Thanh Bin in the squad that was led by Alfred Riedl.

The fact that they scored more goals against Laos than Indonesia ensured Vietnam’s passage.

While for Indonesia, their slim win over Laos in their opening game led to their exit with the team under Peter Withe unable to come together as a squad when it mattered.

For Laos, being in the same group as the heavyweights saw them putting up as much a fight as they possibly could. 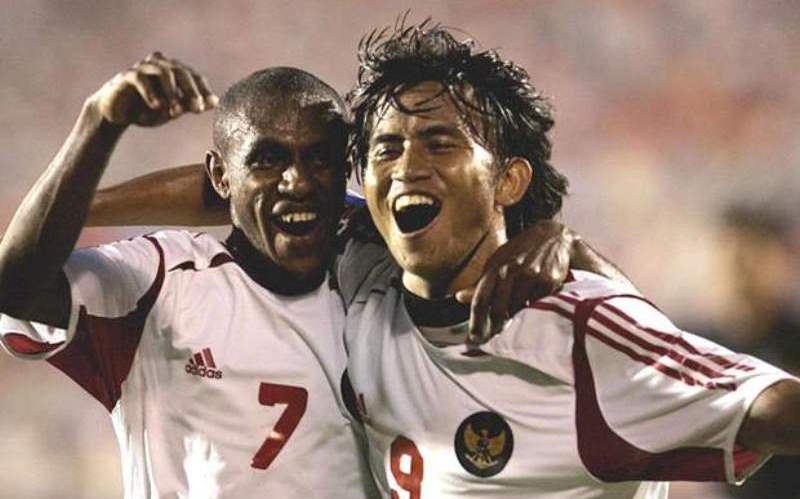 The math between traditional rivals Malaysia and Singapore was as close as always and it was separated only by the penalty shooouts.

Singapore had held Malaysia to a draw at the Shah Alam Stadium while a few days later, the result was the same at the National Stadium in Kallang.

The penalty shootouts gave Singapore a 5-4 win in the very last kick.

Thailand on the other hand, did not suffer such drama where their 2-0 win away at the My Dinh National Stadium in Hanoi was enough to carry them through after the scoreless draw in Bangkok.

Close to 100,000 watched the two-legged finals with Singapore winning 2-1 at the National Stadium in Kallang while in the return tie, Thailand failed to overturn that deficit when they could only managed a 1-1 draw.

The win gave Singapore their third ASEAN title – the same as Thailand.

For the first time too, there was no third-placed classification match being played.