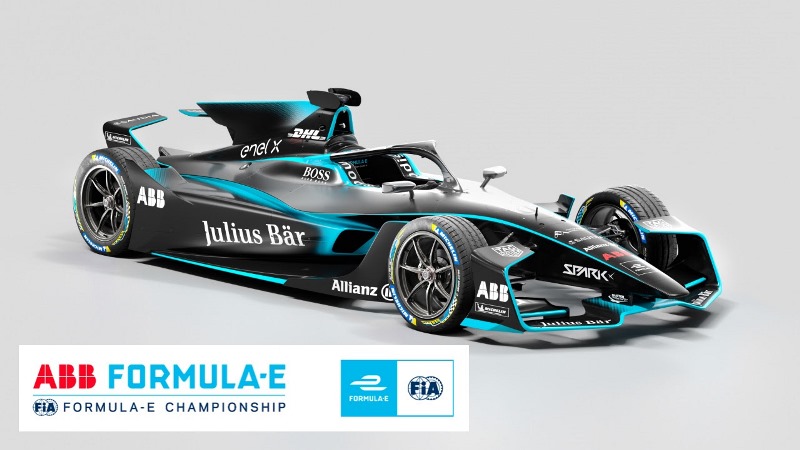 Newly named Gen2 EVO to make competitive debut in 2020/21 season of ABB FIA Formula E World Championship
First shots of the Gen2 EVO car showcase updated futuristic design for fully-electric racing series
Revisions to car include reprofiled front wing, aggressive-looking new dorsal fin and distinctive curved rear wing
Formula E and the FIA have today given fans a first look at the newly named Gen2 EVO, using a reimagined design that will debut in season seven when the electric racing series competes under the banner of the ABB FIA Formula E World Championship.
Ahead of another milestone season, the first Formula E car to contest for the world championship has received a range of structural design changes featuring a new front wing, dorsal fin, distinctive curved rear wing and updated championship livery.
The modifications to the bodywork have been made midway through the current four-year cycle of the ‘Gen2’ era, to provide a fresh new look for Formula E. The car will continue to be fitted with 18-inch MICHELIN Pilot Sport all-weather tyres, specially designed for use in both wet and dry conditions.
The state-of-the-art CGI imagery shows the identical chassis and bodywork that each entry will use in season seven, with the rules remaining open for teams to design and develop their own electric components and parts for the powertrain.
Covers will come off the Gen2 EVO for the first time on the FIA stand at the Geneva International Motor Show on March 3.
To learn more about the ABB FIA Formula E Championship, find out where to watch race highlights and buy tickets, visit www.FIAFormulaE.comor download the app on iOS and Android.
Alternatively, follow the ABB FIA Formula E Championship on Facebook, Instagram, Twitter and YouTube. @FIAFormulaE #ABBFormulaE