Home 2022 From truck to rail: Audi switches up delivery of battery modules for... 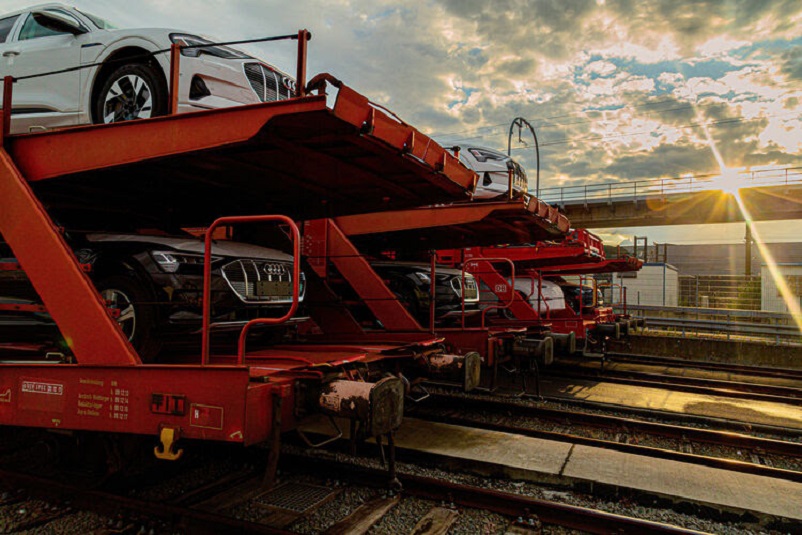 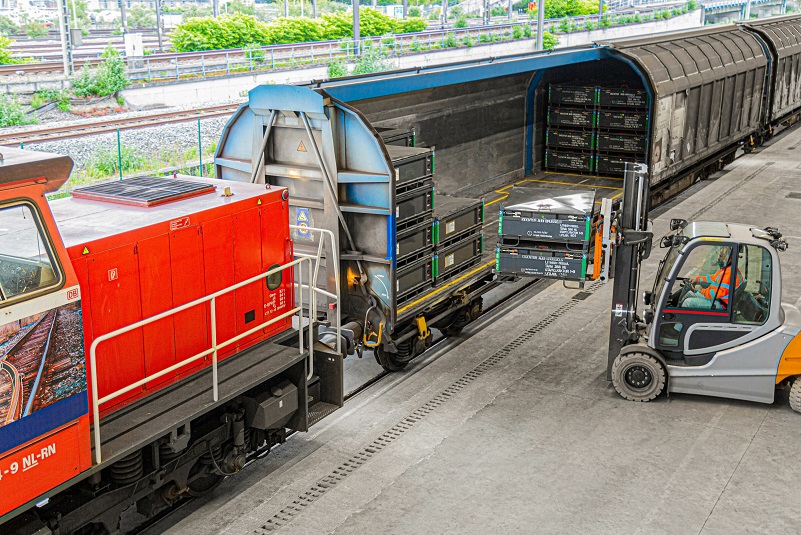 The switch will save around 2,600 tons of CO2 annually

Project serves as a model for sustainable logistics in Audi’s global production network and dovetails with strategic environmental program Mission:Zero

A holistic approach to carbon-neutral logistics is celebrating its premiere: Battery modules and cells from Hungary will in future be delivered to Brussels by rail instead of truck. This switch will reduce annual carbon emissions by around 2,600 tons – and serves as a model for revolutionizing, if possible, all shipments of the car manufacturer’s battery components. Reducing the company’s ecological footprint is the central goal of the cross-site environmental program Mission:Zero.
It is a major milestone on Audi’s journey toward across-the-board sustainability: In the future, components for the production of batteries at Audi’s Brussels plant will no longer be delivered by truck from Hungary, but by rail with DB Cargo. The move will radically reduce Audi’s environmentally harmful carbon emissions and save a lot of money.
The switch in means of delivery between Hungary and Brussels, which was started in May
and is scheduled to be completed by the beginning of 2023, is a preview of the car manufacturer’s future: “Brussels plays a pioneering role, but we developed this sustainable logistics concept for battery modules and cells in Audi’s entire production network,” says Dieter Braun, Head of Supply Chain at AUDI AG – in the future, preferably all production sites will implement this solution.
Switching to rail reduces emissions and saves money
The project in Brussels illustrates the immense potential of this supply chain concept: Until now, battery modules and cells needed in Belgium for the Audi e-tron and Audi e-tron Sportback were transported by truck over the approximately 1,300-kilometer-long route from the supplier in Hungary. To meet the Belgian site’s demand, twelve to 15 fully loaded vehicles set off across Europe every day.
This caravan of trucks is now being replaced by rail transport. The switch will reduce carbon emissions by around 2,600 tons every year. Wherever possible, Audi uses DB Cargo’s DBeco plus service – for example, currently for the legs of the route in Austria and Germany: The service sources power exclusively from renewable sources such as wind, water, or solar energy, making transport carbon-free. In Hungary and Belgium, Audi uses DBeco neutral. With this product, the power used for transportation is offset by means of climate certificates, reducing carbon emissions elsewhere.
Volker Germann, Chairman of the Board of Management at Audi Brussels, explains the significance of this approach for the Brussels plant: “Our site has already been net carbon neutral since 2018. Therefore, we’re also working to make the supply chain sustainable in order to contribute to environmental protection at all levels.”
An additional benefit, the switch also lowers annual process costs by millions. In addition to reducing carbon emissions through switching to rail, the entire delivery process to the Brussels plant has been optimized.
The supplier of the battery modules in Hungary does not have its own rail siding.
Therefore,AUDI AG’s long-standing project partner DB Cargo recently put a logistics center (LC) into operation at the Győr site. At the weather-protected LC, battery modules are reloaded from trucks to rail cars for delivery. The modules are first picked up from the manufacturer by truck and transported from the Győr LC more than 1,000 kilometers by rail to Brussels.
Initially, a lightweight hall was built in the immediate vicinity of the Audi plant in Győr; an additional expansion is already being planned. In order to meet the high quality and safety requirements for battery modules and cells, the Audi Supply Chain team uses a digital information platform and special sensor technology to monitor the temperature and any shocks in the rail cars.
A company-wide concept
The shift pioneered by Brussels is planned to be extended to the entire company in the foreseeable future: High-turnover components, such as battery modules and cells, will increasingly switch to delivery by rail – by 2025, Audi aims to transport these components exclusively by train. At Audi’s headquarters in Ingolstadt, for example, everything is ready to go for the production of batteries using modules and cells shipped by rail; the batteries will then be used to manufacture Audi models on site.
New equipment and processes have been installed specifically for this purpose. And other plants are already waiting in the wings to switch to rail delivery of battery components. Similarly, a large share of the finished products are also shipped by rail: Today, around 68 percent of Audi vehicles in Europe already leave the plants by rail, a figure that is set to only increase in the future.
Integration in environmental program Mission:Zero
These targets dovetail with the company-wide environmental program Mission:Zero, by which the brand with the four rings seeks to achieve net carbon neutrality at all Audi sites by 2025. In addition to the decarbonization of production and logistics, water use, resource efficiency, and biodiversity are other key areas of activity for the Mission:Zero program.