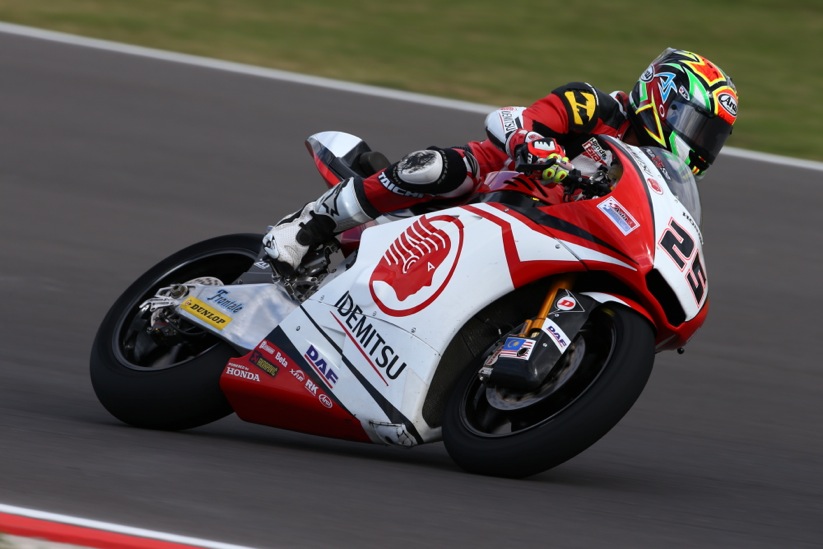 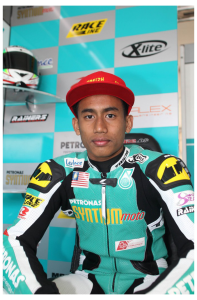 Hafizh Syahrin Abdullah continues to impress in the Argentina Grand Prix (MotoGP) as the PETRONAS Raceline Malaysia rider earned a sixth row start in the Moto2 qualifying at the Termas de Rio Hondo Circuit on Saturday.

His highest start position to date, Hafizh qualified for grid-17 with 1’44.821s, just 0.860 seconds off pace setter, Esteve Rabat of Spain with 1’43.961s. He was hoping to improve his lap time in the final minutes of the qualifying but heavy traffic on track prevented the young PETRONAS Talent Development rider from doing so.

“It was a good qualifying for us because I was able to push and post better lap times compared to Friday’s practice. I tried to go a little faster towards the end but traffic held me up,” said Hafizh who will start in between Dominic Aegerter and Ricard Cardus.

“But overall we had another great day and I look forward to Sunday’s race. But before that, we will finalize everything in the warm up practice and make sure everything runs like clockwork,” added the 19-year old who picked up two points from the first two rounds this season.

PETRONAS Raceline Malaysia manager, Barry Leong was pleased Hafizh’s progress over the past two days and hopes his protégé can keep the momentum rolling for the race.

“It feels good to see Hafizh quickly closing the gap with the front guys in just three rounds. Of course we still have a long season ahead of us and tonnes to learn but in general I think the team is heading in the right direction.”

“But for now our focus is to make full use of the warm up session on Sunday morning to make some final adjustments to the bike. We hope the setup can help Hafizh excel here,” said Barry.

In the meantime, Malaysia’s Azlan Shah Kamaruzaman struggles continue as the Idemitsu Honda Team Asia rider qualified at the back of the Moto2 field despite showing a stronger pace in the Argentina Grand Prix (MotoGP) qualifiers.

Azlan posted his flying lap at 1’46.045s in the qualifying to start Sunday’s race 31st alongside Sebastian Porto and Thitipong Warakorn from Thailand.

While he did improve close to a second from his practice lap time (1’47.003s), Azlan was still 2.084 seconds adrift Spain’s Esteve Rabat who took his third consecutive pole for the season with 1’43.961s.

Nevertheless, Azlan who finished the past two races in Qatar and Austin in 18th place remains upbeat for the 23-lap race at the Termas de Rio Hondo Circuit .

“We made noticeable progress today. I am starting to understand the bike better and got a good rhythm around the track,” said Azlan.

“But it was not enough to match with the top-20 group who were under the 1 minute 45 second mark. Based on that, I have a very thin margin to make any errors during the race. It is important that I take off as smooth as possible and try to get a good position before the first turn. Hopefully I can finish within the points,” he added.