Home 2022 Hamamoto and Schietekat on top at BNI Indonesian Masters 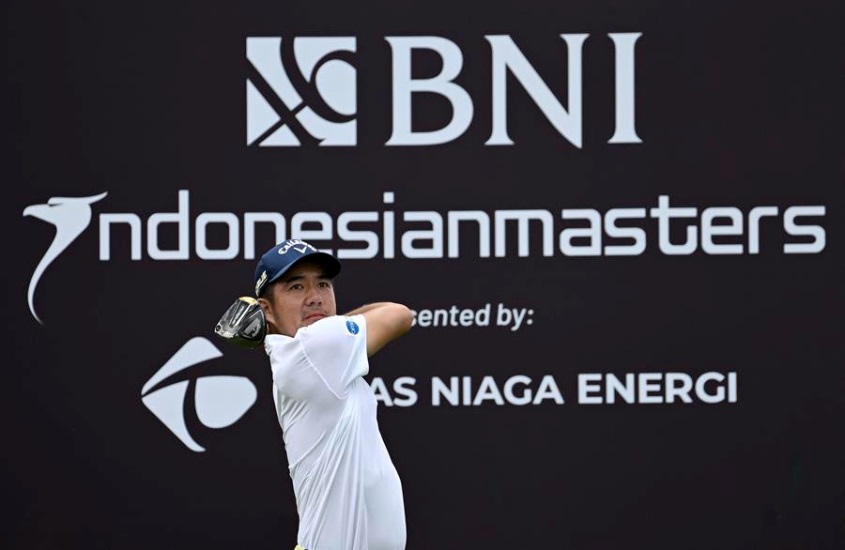 Thailand’s Kosuke Hamamoto and Neil Schietekat from South Africa both shot sizzling six-under-par 66s to take the clubhouse lead on the opening day of the BNI Indonesian Masters presented by TNE today, which was cut short because of lightning.

Hamamoto playing well off the back of a second-placed finish in Bangladesh last Sunday toured the layout at Royale Jakarta Golf Club bogey free, with four birdies on the front and two on the back, while Schietekat, battling to keep his Tour card, carded seven birdies and one dropped shot.

Half the field were unable to complete their rounds as play was stopped for the day at 4.45pm local time.

Hamamoto lost by one shot to compatriot Danthai Boonma last week but rather than being disappointed about not being able to win his first Asian Tour event he has taken the positives from the experience and is philosophical about it.

He said: “I was okay about not winning last week, I have changed my mentality, golf is not everything in my life. Finishing second doesn’t define who I am. I am having the time of my life and living the dream.”

The rising star, whose father is Japanese and mother Thai, has made multiple changes to his game and mindset which has led to some fine form.

“Lately I have been working with a new coach, Kris Assawapimonporn, who also teaches Atthaya Thitikul, I have a new caddie and a new set of irons, and I have changed my mentality, so it’s been a lot of things and it seems to be working. I will just keep on focusing what I need to do.”

His new caddie is non-other than ‘Camp’, formerly Jazz Janewattananond’s bagman, who was on the bag when Jazz won here in 2019.

Hamamoto also revealed that only a few months ago life was proving difficult.

He said: “During the summer I had a really tough time, I think I have come out of it more mature. I just had stuff going on outside the course that effected my mentality, and I wasn’t having fun on the course. I didn’t feel like playing golf.”

Schietekat is 72nd on the Asian Tour Order of Merit and needs a good result this week to finish in the top-60 and retain his playing privileges.

“It’s been a disappointing year,” said the 38 year old from Johannesburg.

“I came out here having got my card, at the 2020 Q School, and wanted to do much better. I am getting used to Asia, which I love, but I need a good week to keep my card. It is what it is, I got off to a good start.

“I started off well today, made a lot of putts. I had 27 putts and missed two greens. Struggling with the driver a little bit, I think I cracked my favourite driver in Morocco, and when I was getting a fitting in Egypt the week after, they said the face is cracked. That was my baby, had it for two and a half years and I normally pride myself on my driving. So, I am fiddling with other drivers.”

Bad weather first stopped play at 2.20pm and resumed at 4.15pm, for half an hour.

South African Mathiam Keyser was five under with five to play, while Indian Anirban Lahiri, who won here in 2014, was four under after 10 holes.

Play will resume at 6.15am on Friday.