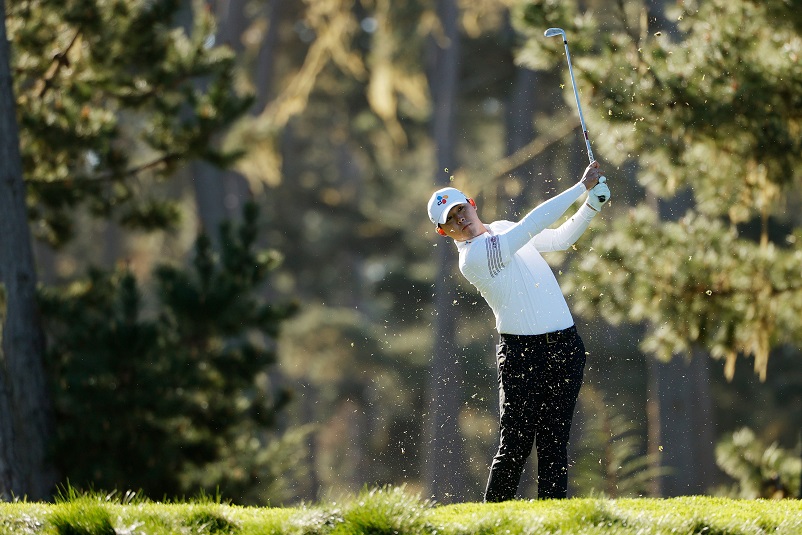 Being the youngest victor of THE PLAYERS Championship holds great pride and joy for Korea’s Si Woo Kim. But the 25-year-old is hoping it will not remain the biggest highlight of his PGA TOUR career.

Kim was a surprise winner on The Stadium Course at TPC Sawgrass in 2017, where he became only the second Asian and Korean golfer after countryman K.J. Choi in 2011 to triumph in the PGA TOUR’s flagship tournament. He was just 21 years old at the time only nine months removed from his maiden TOUR title at the Wyndham Championship.

A mixture of injuries and indifferent form saw the Korean talent take nearly four more years to secure victory No. 3 at The American Express at PGA West (Stadium) in La Quinta earlier this year, and he is hoping the good times will keep rolling from now onward.

When he steps into the winners’ locker room at TPC Sawgrass this week, Kim said it will bring back happy memories. “It is very special. I feel THE PLAYERS is a major tournament. When I played here for the first time, it was a very special feeling. K.J. won as the first Korean and I had the next victory. It means a lot to me.

“I’m very proud of the youngest title, especially when it’s hard to do that at my age. I hope nobody breaks my record and I want my name to be remembered as a household name for golfers,” said Kim.

His journey to the PGA TOUR began at just eight years old, when his father, Du Ryu Kim, took him to the driving range in Seoul. Kim was instantly hooked as he tried to hit golf balls toward the pin flags.

“My father was a single handicap golfer and got me interested. When you see the flag as the target, I found it interesting to try to hit the flag. From there on, I knew I wanted to play on the PGA TOUR like Tiger (Woods) and K.J.,” said Kim.

Du Ryu added: “Every time I went to the range, he wanted to go with me. Si Woo was passionate about golf.”

As an amateur, Kim won the Korean Junior Championship four years in a row and made the national team when he was 16. From there his talents grew quickly, and he qualified for the PGA TOUR at 17 years, 5 months, 6 days old, becoming the youngest to graduate from the TOUR’s Qualifying School in 2012. However, he couldn’t become a full member until he turned 18.

He then played on the Korn Ferry Tour for two seasons and learned the ropes quickly. “The courses were not easy and players play aggressively, and you have to be 5-under to make the cut. It was hard for me at first to play like that as my usual score was around 2-under. Gradually I adjusted and learned and won in 2015 (Stonebrae Classic) and then got on the PGA TOUR in 2016,” he said.

He won in his rookie PGA TOUR season at the Wyndham Championship and then claimed a memorable victory at THE PLAYERS the following year, which was made famous for his driver of the deck shot on the 11th hole during the final round. Also, he recalled nearly withdrawing before the start of the final round.

“My back tightened up after the third round. Thirty minutes before I teed off (in the final day), I had a little bit of a muscle problem in my back, so my physiotherapist helped ease the pain. It was still there but I didn’t feel it because of the pressure of the event,” recalled Kim.

“The last three holes have hazards and I had so much pressure even though I was leading comfortably. It was only after the second shot on 18 that I finally felt I could win. I’ve never felt so nerve-racking.”

With three career victories to his name, Kim sits only behind Choi, who has eight wins, as the Korean with the second-most number of titles. He hopes to keep enjoying the game as much as he can to secure more silverware.

“I got back into the winner’s circle after three years and eight months. After my last win at THE PLAYERS, I thought I could win more easily but I couldn’t do well and I had a difficult time and went through some disappointments. That was hard for me,” said Kim.

“With this latest win, I hope I can overcome whatever obstacles ahead of me, and now that I have some momentum, I will try and do well again. I just want to keep going out and enjoying my game and playing golf. I think the next win will come naturally,” said Kim.