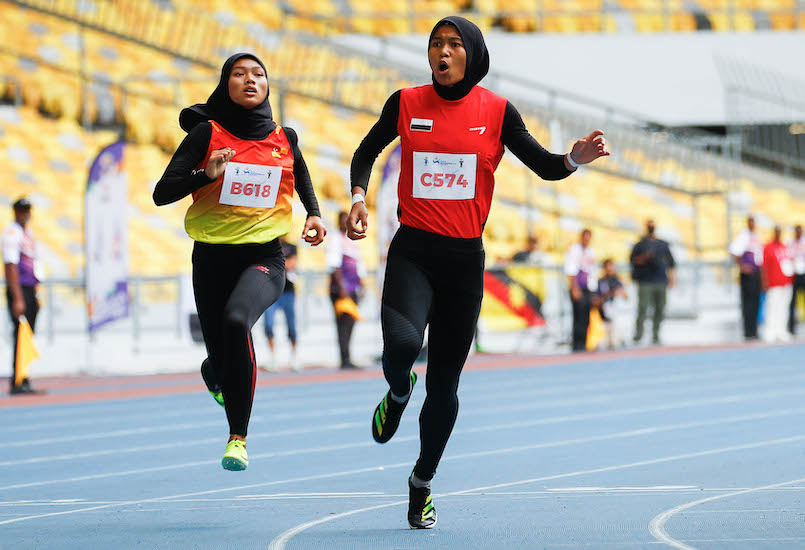 Tears of despair rolled down the cheek of Nor Sarah Adi (pic, right) after her unfortunate “defeat’ in the final of the women’s pole vault event at the Malaysia Games.

The misfortune or rather pain of not having her favorite pole for use during the final was akin to driving a car without a steering. The Hanoi SEA Games gold medalist state of mind, as she puts it, was hapless and emotions devasted at that moment.

The tale of the missing pole, said Sarah, who had also won the 100m gold, was a poignant reminder to her and all athletes that they should always lead a simple and humble life.

“As far as I am concerned it was a test from the All Mighty. I have always been winning in my events but on that fateful day of the final, I was destined not to win. There were more challenges. It rained and the track was wet. I also got soaked in the rain. It was my opponent’s day of victory.”

“I accept it as a test from the All Mighty. And I will prove to everyone that Malaysia is a force to be reckon with in athletics. I will work hard to win medals in the SEA Games and Asian Games,” said Sarah.

She added that this episode had been a big lesson to her.

“I will bounce back. It is a big challenge from me. The SEA Games and Asian Games are my next targets and I want to prove to all that Malaysia is capable of winning medals.”

Sarah finished fifth and last in the pole vault final with none of her throws marked.