Home 2018 Injuries a worry for Sarri as Chelsea beat Palace 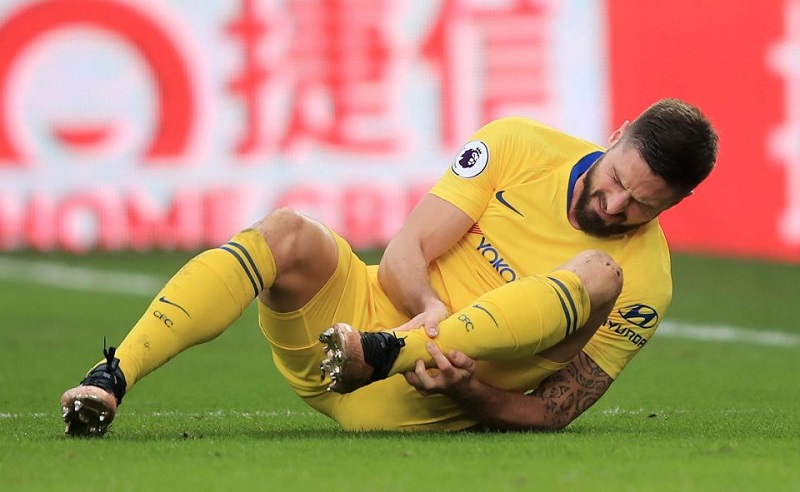 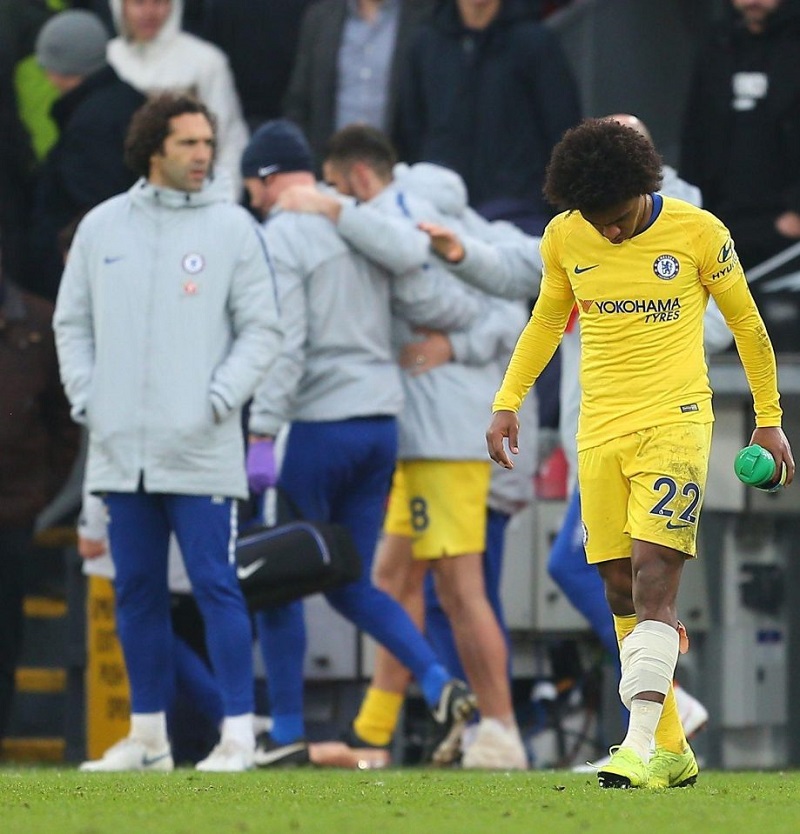 Striker Olivier Giroud became the Blues’ latest casualty, hobbling out of the 1-0 victory over Crystal Palace in the Premier League on Sunday and leaving Selhurst Park on crutches.

Chelsea had gone into the game without five players, including Cesc Fabregas, Ruben Loftus-Cheek and Danny Drinkwater who were all injured in training the previous day.

Callum Hudson-Odoi and Pedro, the only one of the six to have started more than half of Chelsea’s league games this season, were already sidelined. With Wednesday’s meeting with Southampton the start of a run of seven games in January, Sarri was left hoping Giroud’s injury was not as bad as first feared.

“The problem is his ankle,” said the Chelsea head coach when asked about the France international’s injury.

“I don’t know the severity. We have to wait for tomorrow. I think that, later in the evening, I will see the doctor for the first results, but I think the real result will only be known tomorrow.

“In the last few days we were a bit unlucky. Yesterday in 10 minutes we had three injuries –- Fabregas, Loftus and Drinkwater –- then Giroud today, and we were already without Pedro and Odoi. We are in trouble because, in January, we have to play every three days.”

Sarri added: “Fabregas is a neck problem. The injury was in the last five minutes of training, so I’m not sure whether he has to rest for two or 10 days.”

Sarri said Kante’s well-timed run and composed finish demonstrated how the midfielder was growing accustomed to the more attacking role he has been asked to fill this season.

“He is improving, especially in his movement without the ball,” the Italian explained. “Today his movement was really very good and done with the right timing.

“It’s very important for us when we have to play against opponents very low, where the strikers and wingers find it hard to find space.

“It’s about the movement of the midfielders. We have to work on Loftus and Ross Barkley on this. Loftus, especially, is a very great player with the ball, but he can improve a lot in his movement without the ball.”