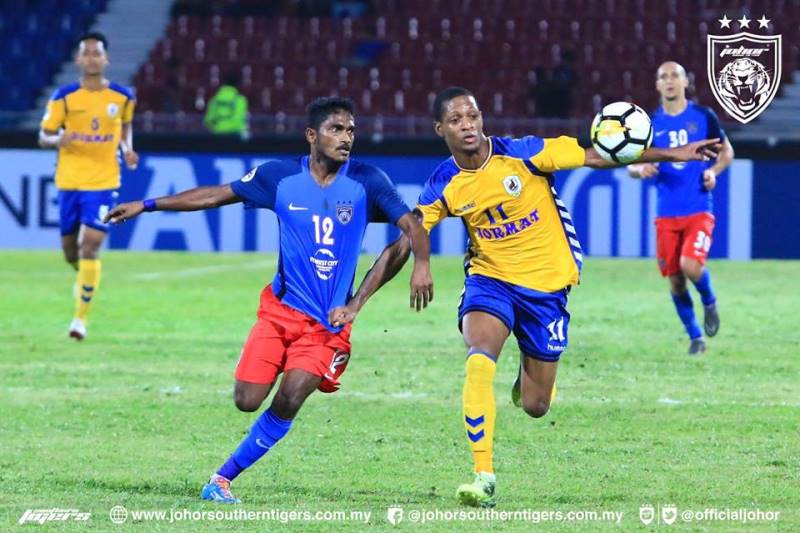 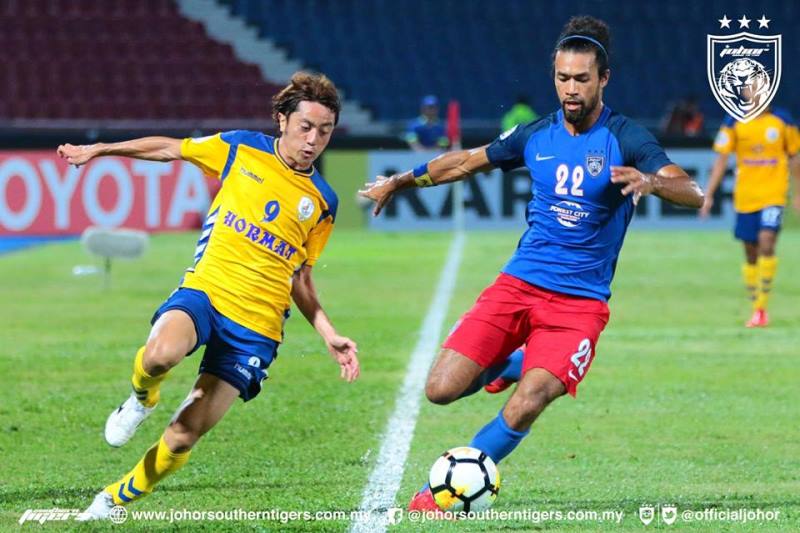 Johor Darul Takzim are still there in the AFC Cup following a hard fought 2-1 win over Singapore club in a Group H match played at the Larkin Stadium in Johor Bahru.

The win left three teams tied on seven points each from four matches after previously unbeaten and leaders Song Lam Anhe An of Vietnam lost 1-0 to Persija Jakarta in Jakarta.

Song Lam, Persija and JDT are separated by goal difference with seven points each while Tampines are the only team without a win and are at the bottom of the group with only one point.

Malaysian international Hazwan Bakri struck the winner for the Southern Tigers in the 79th minute after a 1-1 stalemate at halftime.

Until then Tampines goalkeeper Syzwan Buhari was a stumbling block for the homesters – bringing off saves from sure goals.

April 10 is the date for the contenders from the group – a day when JDT play Persija in Jakarta while Song Lam face Tampines at home.

International Safawai Rasid gave JDT the opening goal of the night at the Larkin Stadium with a long range attempt that beat Syazwan all the way.

Just before the halftime break Tampines made it 1-1. The equalizer came via penalty when JDT defender Corbin Ong was hauled for hands inside the box while attempting to clear a corner kick.

Corbin Ong, who has earned a national call-up from coach Tan Cheng Hoe, was booked for hands and Singapore international Khairul Amri made no mistake from the spot to beat JDT custodian Izham Tarmizi.

The second half was another battle between Syazwan and the Johor forwards which ended with Hazwan getting the winner and full points for JDT to stay live.