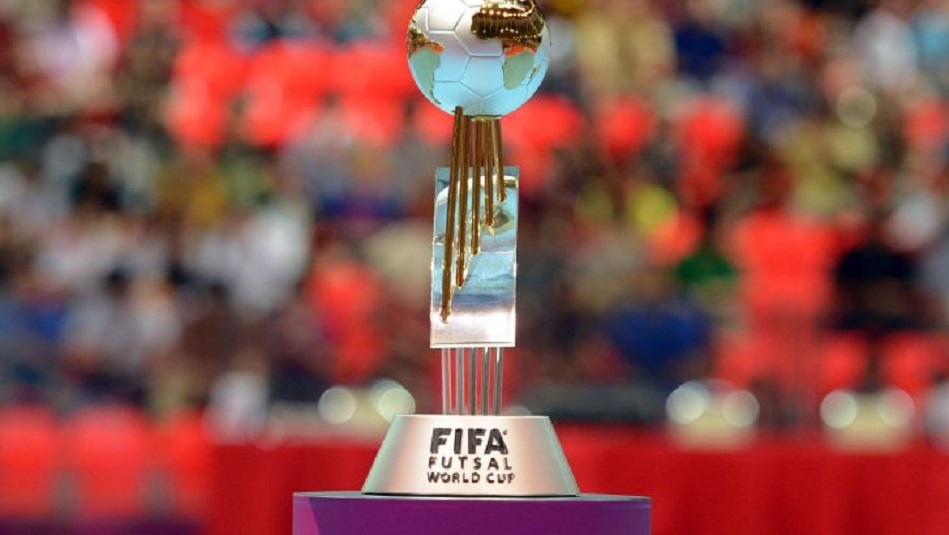 With less than six months to go until the start of the FIFA Futsal World Cup 2021™, the tournament’s match schedule was unveiled today. Kaunas has been confirmed as the host of the opening and final matches, with Vilnius and Klaipėda completing the list of host cities for the first-ever FIFA competition to be organised in Lithuania. The capital of Lithuania will welcome group-stage matches and two quarter-finals, while Klaipėda will close out the group-stage matches after six days of intense competition.

In this ninth edition of the FIFA Futsal World Cup™, 24 teams will compete across 52 matches in the hope of succeeding Argentina and being crowned futsal world champions, with the opening scheduled for Sunday, 12 September and the grand finale set to take place at Kaunas Arena on Sunday, 3 October.

“Lithuania is getting ready to host the best futsal players in the world, and we are really looking forward to hosting the first-ever FIFA tournament in our country. Vilnius, Kaunas and Klaipėda are all making great progress in their preparations, and we expect to organise one of the most entertaining FIFA Futsal World Cups ever. Our Local Organising Committee, the Lithuanian government and the host municipalities are working very hard and with a lot of excitement as the tournament kick-off date fast approaches,” said Lithuanian Football Federation President Tomas Danilevičius.

Visvaldas Matijosaitis, Mayor of Kaunas, celebrated the city’s appointment: “It will be a great honour and joy for Kaunas to welcome the best futsal players from all over the world. We are proud to host the group phase and the final stage of the tournament. We accept this as an exceptional opportunity and solid recognition of our city. Kaunas is a fast-growing, modern and open city that has a long tradition of sports and has raised hundreds of world-class athletes. We are consistently investing in sports infrastructure, and in its renovation and development. We are very passionate about sport.

“Therefore, this FIFA Futsal World Cup is a real gift and a reason for us to celebrate. We hope that all team members, guests and futsal fans will have a memorable experience in Kaunas and enjoy the hospitality of our people. We like to say that we are a kaunastic city and we would like everyone to be able to experience that. We hope that the participating teams have exciting games, and that fans experience a lot of emotions!”

Apart from host Lithuania – who will be making their debut in the final stages of a FIFA competition – 17 teams have already booked their tickets for the event.

Joining Lithuania in representing UEFA will be Kazakhstan, Portugal, Russia, Spain, the Czech Republic and Serbia.

Defending champions Argentina and five-time champions Brazil have both secured their spots and will represent CONMEBOL together with Paraguay and Venezuela.

The OFC will be represented by the Solomon Islands, while Angola, Egypt and Morocco will all fly the flag for CAF.

The Venezuelan and Angolans have both made history for their countries by managing to qualify for a FIFA Futsal World Cup for the very first time.

The AFC has assigned their first three spots to IR Iran, Japan and Uzbekistan, while Iraq, Lebanon, Thailand and Vietnam will compete in a play-off tournament to decide the remaining two Asian slots.

The Concacaf Futsal Championship will determine the final four teams qualifying for the tournament.

“The FIFA Futsal World Cup Lithuania 2021 is fast approaching and excitement is building. The Local Organising Committee is working very hard to be ready for September, and it will be a very good experience for Lithuania to successfully host their first FIFA competition. Kaunas will be the perfect host for the opening and final matches. The city has a modern arena, a strategic position in the middle of the country, and a proven successful track record of hosting international sporting events and other major entertainment events. Vilnius and Klaipėda have state-of-the-art arenas and complete a very exciting trio of host cities. We’re sure this will be a very successful edition of the FIFA Futsal World Cup,” said Jaime Yarza, FIFA’s Director of Tournaments.

The key dates for the FIFA Futsal World Cup Lithuania 2021 include:

Further information on ticketing will be announced over the coming months. Fans wishing to secure their seat for this unique tournament are requested to regularly check FIFA.com/tickets. – www.fifa.com