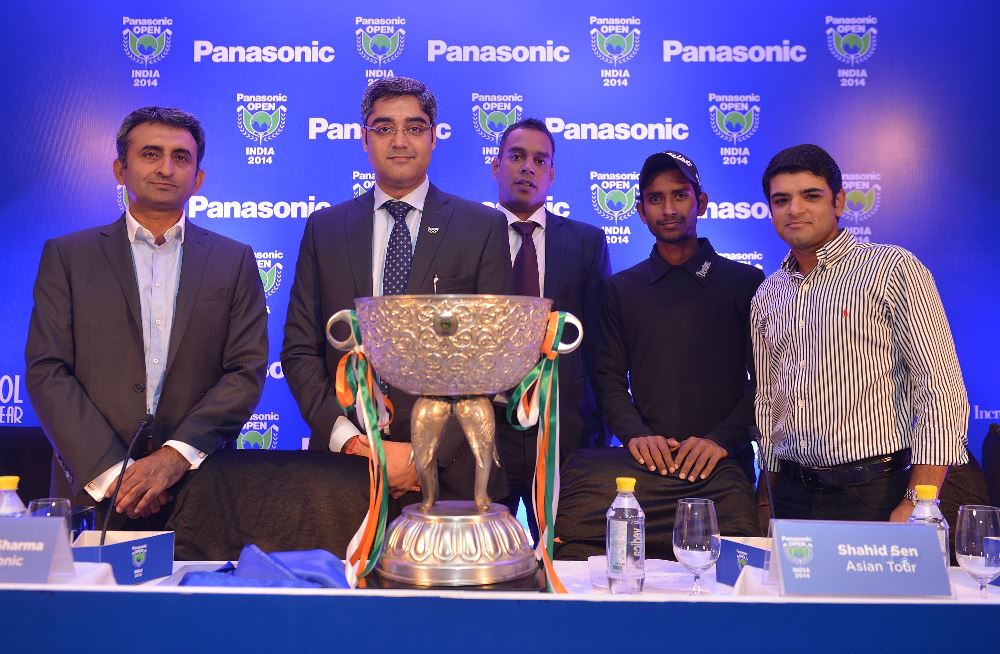 Rising star Rashid Khan is planning for another title assault at the US$300,000 Panasonic Open India, seven months after claiming a “life changing” first Asian Tour victory at the Delhi Golf Club (DGC).

However, he will face strong challenges from the Asian Tour stars and talented Indian luminaries who include 2002 Order of Merit champion Jyoti Randhawa, Chiragh Kumar and two-time Asian Tour winner S.S.P. Chowrasia.

Thaworn Wiratchant of Thailand, a two-time Asian Tour number one, popular Bangladeshi Siddikur Rahman and defending champion Wade Ormsby of Australia will also feature in the elite field from November 6 to 9.

Khan came close to winning on the Asian Tour on numerous occasions before finally sealing the deal with a play-off win over Siddikur at the DGC in March.

The 23-year-old Khan is now aiming to follow in the footsteps of compatriots Anirban Lahiri and Digvijay Singh by winning the Panasonic Open India which is sanctioned by the Asian Tour and PGTI.

“The win was a life changer. I’m getting into all the tournaments on the Asian Tour and competing with all the players and gaining experience. Good to play on different courses where I’ve never been to. I’ve played in places like Switzerland, Chinese Taipei and Malaysia and I’m getting a chance to be exposed to many different types of courses,” said Khan.

“It’s been a great year. I’m still in a learning mode and this is the time where I have to learn and become better, especially when I’ve not played on all these courses. I’ll be pretty confident when I play in a tournament for the second time,” he added.

While he has been enjoying his Asian adventure by travelling to new countries, Khan will have no issues when he returns ‘home’ to the tree-lined DGC.

“DGC is like a second home for me and it’s pretty close to my house as well. I think the biggest advantage is that it’s on my home course. All the top Indians have won at DGC, Anirban has won it there three times and Digvijay won there and I’ve won there. Everyone is excited to play the Panasonic Open India,” said Khan.

Kumar, who is searching for a first Asian Tour victory, hopes to put on a worthy performance at the Panasonic Open India and boost his rankings on the Order of Merit where he is currently placed 68th.

“I’ve played many times at the DGC and enjoyed many good results there. The Panasonic Open India is a great platform for the young and upcoming Indian golfers to sharpen their game and gain valuable experience. Anirban and Digvijay’s win in the event have truly inspired us to shoot for glory,” said the 30-year-old Kumar.

He said: “In recent years, Panasonic has observed a growing need and enthusiasm for golf in the country. This fourth edition of the Panasonic India Open 2014 is a part of our corporate vision and mission to support the sport at all levels and drive awareness around it.  The emergence of Rashid Khan, Anirban Lahiri and Digvijay Singh, some of the most talented and promising young golfers in India today, are the testimony of the success of the event.  We are confident that these stars will be among a strong Asian Tour line-up this year too. We are truly thrilled to welcome the Asian Tour and Indian stars to the Panasonic Open India. Many worthy champions have emerged at the event in previous years and I am confident we will have another great champion next week.”

Kyi Hla Han, the Asian Tour Chairman, said: “The Asian Tour is pleased to work closely with the title sponsor, Panasonic and our co-sanctioning partners PGTI to ensure another successful week. The Panasonic Open India is a highly anticipated event on our Schedule and our talented players are excited to return and challenge for honours.”

Padamjit Sandhu, the Director of PGTI, said: “The Panasonic Open India has been the perfect launch pad for the careers of our Indian stars such as Anirban Lahiri and Digvijay Singh. It is my fervent hope that more talented Indians follow in their footsteps and enjoy great success at the Panasonic Open India next week.”