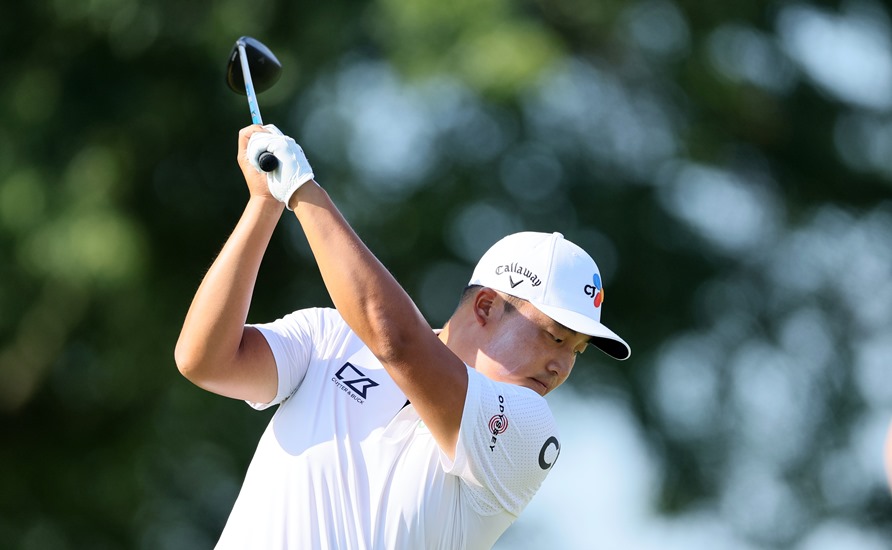 K.H. Lee shot the day’s joint low round of 5-under 66 to put himself one shot back of third round leader and defending champion, Rory McIlroy at THE CJ CUP at South Carolina on Saturday as he chases a small slice of history.

The 30-year-old Lee made six birdies against a lone bogey at Congaree Golf Club for a 12-under total as McIlroy, the reigning FedExCup champion, earned a chance for a successful defence and a 23rd PGA TOUR title with a 67 which featured two eagles to lead on 13-under.

Launched as Korea’s lone PGA TOUR tournament in 2017, THE CJ CUP has been staged in the U.S. over the past three years due to the challenges of COVID-19. No Korean player has won the tournament in the first five editions and Lee, who is also sponsored by CJ Group, is keen to become the first golfer from his country to put his name on the trophy.

A two-time PGA TOUR winner, Lee converted two lengthy putts from 24 feet and 16 feet for birdies on the fifth and 10th holes, amongst the six birdies on his card, and needed a par save from over nine feet on the last to ensure he remained within arm’s length of McIlroy. “I think I could say it was almost perfect,” said Lee. “I’m just one behind so I’m ready for tomorrow.”

The Orlando- based Lee felt he needed to birdie the last to get a shot at being in the final group on Sunday but a big par save was sufficient as he earned his place alongside McIlroy and Kitayama.

“I thought I would need a birdie to join on the last group. I focused on making a birdie and luck followed me. I’ve looked up to him (McIlroy). He is just shining wherever he goes. I’m very happy to get to play with him tomorrow. I think I will get a chance if I give my best. I’m just going to try and do that,” added the Korean.

Lee feels has he become more at home at Congaree throughout the week. “I’m getting used to the course. I’m finding the right lines for my putts and I’ve been lucky too whenever I got a chance. There are some difficult holes out there but if I can work my way around that, I think I will have a chance,” said Lee, who hit 16 of 18 greens, the most of any player in round three.

Last month, Lee made his Presidents Cup debut for the International Team and contributed two points in the loss to the U.S. He partnered Tom Kim to beat Scottie Scheffler and Sam Burns in Saturday’s Foursomes and then defeated Billy Horschel in the Singles. He said the experience was unforgettable with a total of five Koreans featuring in Trevor Immelman’s team.

“I had fun. There were four of us and with K.J.  Choi (captain’s assistant) on the course, and I think that moment won’t be forgotten. I learned a lot,” Lee said.

McIlroy will take his 17th career lead/co-lead through 54 holes where he has converted nine wins. The Northern Irishman, who has a chance to become World No. 1 with a win, hit only 11 greens in regulations but his cause was aided by two superb eagles on the fourth and  12th holes.

“I think the eagle on 12 was the most fun just after how far I hit the tee shot,” said McIlroy of his 376-yard drive. “It was sort of you take away those two holes and I was even par for the rest of the round. Felt like it was a little scrappy coming in, but did enough to hang in there and shoot a solid score.”

A win could push McIlroy back into the World No. 1 ranking past Scottie Scheffler for the ninth time in his career.

“You know, the ranking will just take care of itself if I do what I want to do. Ultimately, I just want to win this golf tournament. So for me, tomorrow I need to go out there, sort of set myself a score that I want to shoot, try to do that. Again, focusing on that, hope that that ends up with a couple of things, a trophy and getting back to the top of the world rankings. But all I can focus on is going out and shooting a good golf score and if I can do that, I guess that’s all I can ask of myself.”