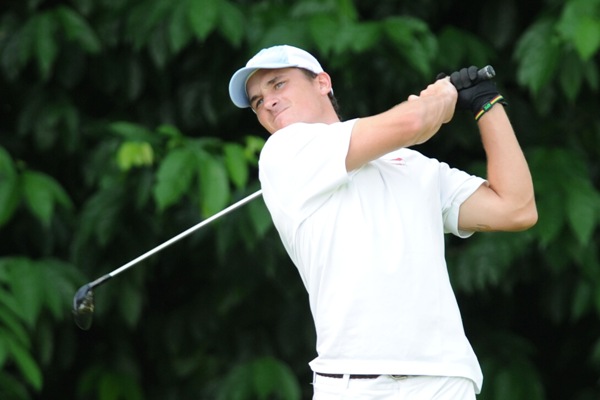 A host of six players, including local young gun Mohd Iylia Jamil and Australian duo Jordan Sherratt and Sam Burrell, are a further shot back in tied fifth place at the RM200,000 (approximately US$60,000) event.

Malaysia’s Danny Chia, who is making a comeback on the ADT after undergoing a neck surgery last September, signed for a 70 to take a share of 20th place with compatriot Arie Fauzi and four other players.

Kokocinski showed he had overcome the disappointment of missing out on an Asian Tour card at Qualifying School last month with his flying start. He enjoyed a relatively good season on the ADT in 2013 where he claimed a total of five top-10 results.

The young Swede is determined to play his way onto the main Tour by excelling on the ADT, which is rewarding the top-five finishers on the Order of Merit with Asian Tour cards for 2015.

“I played solid today. I didn’t make any bogeys and I’m very happy with how I played. It’s a pity I didn’t manage to secure my Asian Tour card at the Qualifying School but I’ve moved on from there. I’ll continue to work hard and better my game. Hopefully I can finish well this week,” said the 22-year-old.

Zurie overcame the hot and dry conditions at the Harvard course to remain on course for a maiden win on the ADT.

“I’m pretty familiar with this course and I’ve played well here before. It was really hot out there but I was considered lucky as I got an early tee time. You really need to stay focused and hydrated playing under such conditions,” said the 38-year-old, who traded eight birdies against three bogeys.

“I’ve made some changes to my swing recently. The focus is now more on my back swing. I’m glad it is showing some improvements now. Hopefully I can maintain my good form in the next few rounds,” added Zurie.