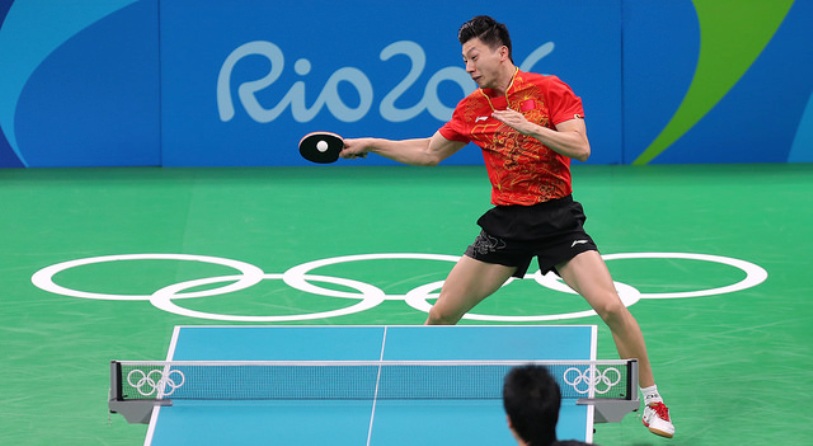 In a highly anticipated final that the world was waiting for, MA was clearly showed his dominance throughout the match to sweep the second seed 4-0 (14-12, 11-5, 11-4, 11-4) to deny ZHANG of his second career Grand Slam.

The newly crowned Olympic Champion shared “I played well throughout the match, the title is only possible with that high level of play.”

MA added that “We both know each other very well, so it’s not a competition of skills, but more of mentality and psychology. For me, I’m not defending any title here, so I have less pressure on court. After winning, I’m still feeling calm. This moment, I think I have improved.”

Failing to defend his title against MA, ZHANG reflected “The crucial part of the game lies in the first game, I was still slow in my reacting and weaker in rallies with my backhand. If I had won the first game, the whole match might have turned a different way.”

“MA Long’s skills are better than mine, no matter is it in his first three strokes, or changing between attacking and blocking. Congratulations to him!” added the two-time World Champion.

The 8-time Japanese National Champion started by dominating the first game 11-4, and winning the second 11-9. Despite SAMSONOV recovering to take the third game, MIZUTANI was determined not to follow the footsteps of compatriot Ai FUKUHARA (JPN) who crumpled 4-1 to KIM Song I (PRK) yesterday in the battle for Women’s Singles Bronze.

“I feel very happy! This is the best feeling ever!” stated the world number six after his historic victory.

“SAMSONOV was not an easy opponent to play as we know each other very well. Although he came back and won a game, and was close to winning the fourth, I did not give up until the end.”

Competing in his sixth Olympic Games, SAMSONOV was disappointed for missing an Olympic medal again this time in Rio, stating “It is definitely not a very good feeling to lose the bronze medal match. This is probably my last chance to get an Olympic medal, as I don’t know if I will be at Tokyo.”

The 40-year-old table tennis legend suffered a rib injury after sustaining a fall during his quarterfinals match against London 2012 Bronze medalist, Dimitrij OVTCHAROV.

“After my match with OVTCHAROV, I was injured and probably did not really get into the game in this match. I also didn’t want to push my injury too hard. Although I missed the chance to win the fourth game, the adrenaline made me just move on and forget.

The Rio 2016 Olympic table tennis event continues tomorrow, 12 August 2016 with the commencement of the Men’s and Women’s Team events in Riocentro Pavilion 3.