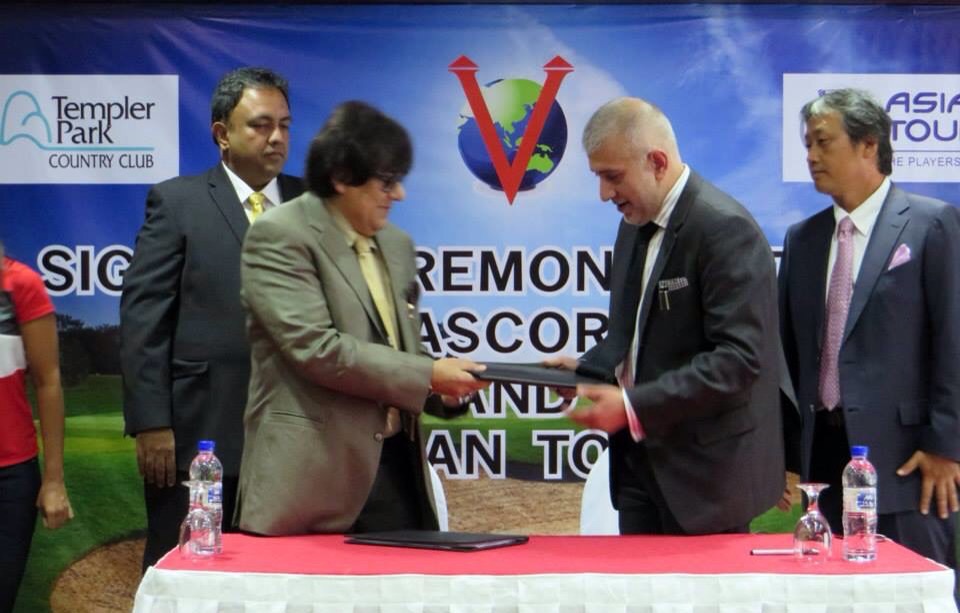 The US$500,000 (approximately RM1.6 million) event will make its debut at the award-winning Templer Park Country Club, whose major shareholder is Vascory Land Sdn Bhd, from August 20 to 23, 2015 and will count towards the Asian Tour Order of Merit and receive Official World Golf Ranking status.

The par-72 championship course, designed by Kentaro Sato and Japanese legend Jumbo Ozaki, is rated as one of the most scenic and challenging courses in Malaysia. It is located on the outskirts of the Malaysian capital city of Kuala Lumpur.

Vascory Land Chairman Tan Sri Syed Mohd Yusof Tun Syed Nasir said: “We are delighted and honoured to announce the launch of the Vascory Classic in 2015 where our association with the Asian Tour will ensure a gathering of the finest golfers from across the region.

“Following the success of our title sponsorship of the PGM Vascory Templer Park Championship which is part of the domestic PGM Tour and Asian Development Tour this year, we felt there was a need to create a premier golf event with a different appeal to golf fans in Malaysia, hence the decision to seek the sanction of the Asian Tour.

“We believe the Vascory Classic will provide the impetus for the game to further develop in our country and across Asia and our entry into the top level of professional golf is also indeed timely in view of golf’s impending return into the Olympic programme in 2016.”

The inaugural Vascory Classic will be beamed live over four rounds on the Asian Tour’s global television platform which reaches over 180 nations and 625 million homes, thus ensuring worldwide exposure for Malaysia and sponsors associated with the new tournament.

It is also the third new tournament to be announced by the Asian Tour, the region’s official sanctioning body for professional golf, in recent months following the launch of groundbreaking stops in Dubai in December and Mauritius next May.

Asian Tour Chairman Kyi Hla Han said: “It is fantastic to welcome another new and exciting tournament on the Asian Tour next season with the launch of the Vascory Classic. This exciting announcement reinforces the wonderful support that we continue to receive from Corporate Asia following recent launches in Dubai and Mauritius as well.

“Malaysian golf fans and television viewers from around the world will enjoy a feast of top quality golf from our Asian Tour stars. The Vascory Classic will no doubt promote Malaysia extensively as a leading tourist and golfing destination through the global television exposure.”

Templer Park Country Club is set amidst the backdrop of the evergreen Templer Park Forest Reserve and the majestic Bukit Takun limestone hill. Opened for play in 1991, the course has previously hosted the Malaysian Open on three occasions in 1995, 1996 and 2000.

Recognising the need to stay ahead of its competitors, the club underwent a massive upgrading exercise in 2013 – with significant improvements being made to the fairways and bunkers as well as the introduction of new Satiri greens on all 18 holes.

The distinctly Japanese-styled clubhouse received a make-over in 2013 with new contemporary changing rooms as well as the addition of meeting and seminar rooms to its existing list of well-maintained facilities.