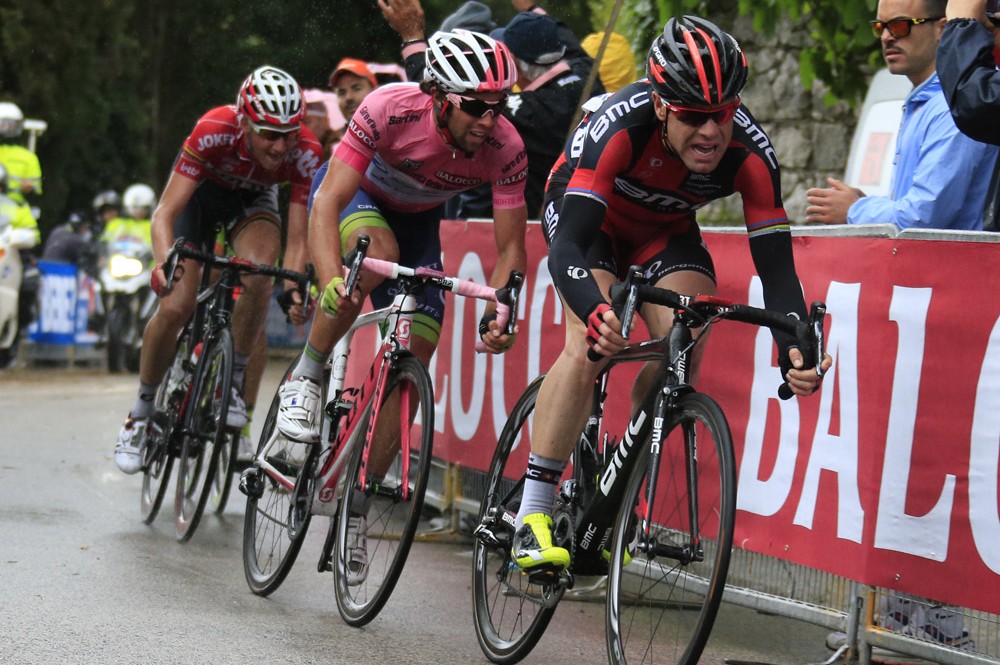 Giro d’Italia organisers on Monday admitted they had one eye on seeing a rare Giro-Tour de France double achieved next summer when they unveiled a balanced route for the 2015 edition on Monday.

The 2014 edition, won by Colombian Nairo Quintana of Movistar, featured a total of six days in the high mountains.

The 98th edition, unveiled in Milan on Monday, will feature only five high mountain stages but includes seven days in the ‘medium mountains’, seven ‘flat’ stages, one individual time-trial and a team time-trial.

The last Giro-Tour double was achieved by now deceased Italian Marco Pantani in 1998, but with three-time Tour winner Alberto Contador and 2013 Giro champion and reigning Tour champion Vincenzo Nibali said to be aiming for the rare feat, race director Mauro Vegni admitted an extra effort had been made to reduce the number of long-distance transfers between stages.

“Given the effort we’ve put in to aid recovery times, the Giro-Tour double can be done,” Vegni told reporters on Monday.

With Nibali absent due to racing commitments with his Astana team in Kazakhstan, it was left to Contador to appraise the 2015 route.

With the inclusion of a crucial, 59 km time trial on stage 14, he believes it might better suit the likes of 2013 Tour champion Chris Froome of Britain.

“It’s still too difficult to say who this Giro suits best. A lot will depend on the weather and how it is raced,” added the Spaniard.

“Racing in May is a lot different to racing in July. On paper, it looks best suited to a rider like Chris Froome.”

Beginning with a 17.6 km team time-trial — held exclusively on a bike lane — in Liguria on May 9, the 98th edition of the Italian epic will end in Milan on May 31 after approximately 3,481 km of racing and a total elevation gain of 44,000 metres.

Although the first of six summit finishes comes as early as stage five at Abetone, four stages — 15, 16, 19 and 20 — will decide the outcome of the race’s pink jersey in the final week.

On stage 15 from Marostica to Madonna di Campiglio, the ski station from where Pantani was excluded from the race in 1999, the peloton tackles a total of three climbs before the summit finish.

Two days later, following the race’s second rest day, a total of five categorised climbs are on the menu on the way to Aprica.

Stage 19 features three categorised climbs before the summit finish at the glacier of Cervinia, where snow is known to lie all-year round.

The penultimate and likely decisive stage a day later has only two climbs — but the ascensions to the Colle delle Finestre and then to Sestriere will not be for the faint-hearted.

Compared to 2014, however, the peloton is likely to be spared racing through extreme weather conditions that have blighted the race in past editions.

In 2015 the peloton will not race above 2200 metres. The highest point of the race will be reached while cresting the Colle delle Finestre, at 2178 metres altitude, on the 20th and penultimate stage.

“It’s a more balanced Giro, not so many extreme stages and not so many high mountain passes where there’s risk of really bad weather,” said Australian Cadel Evans, a third-place finisher in 2013 who was present to receive an award following his retirement from the sport on Sunday.

Regarding the reduction in transfers, Evans added: “It makes things less complicated, which is better for the racing because people have more energy and more concentration to race harder and that makes the race more interesting for everyone – riders, spectators and the media.”

As well as Contador, Italian contender Fabio Aru, 2014 runner-up Rigoberto Uran and new world champion Michal Kwiatkowski were all in attendance on Monday as the route was revealed although Quintana was absent as he recovers from a crash at last month’s Tour of Spain. – Agence France-Presse