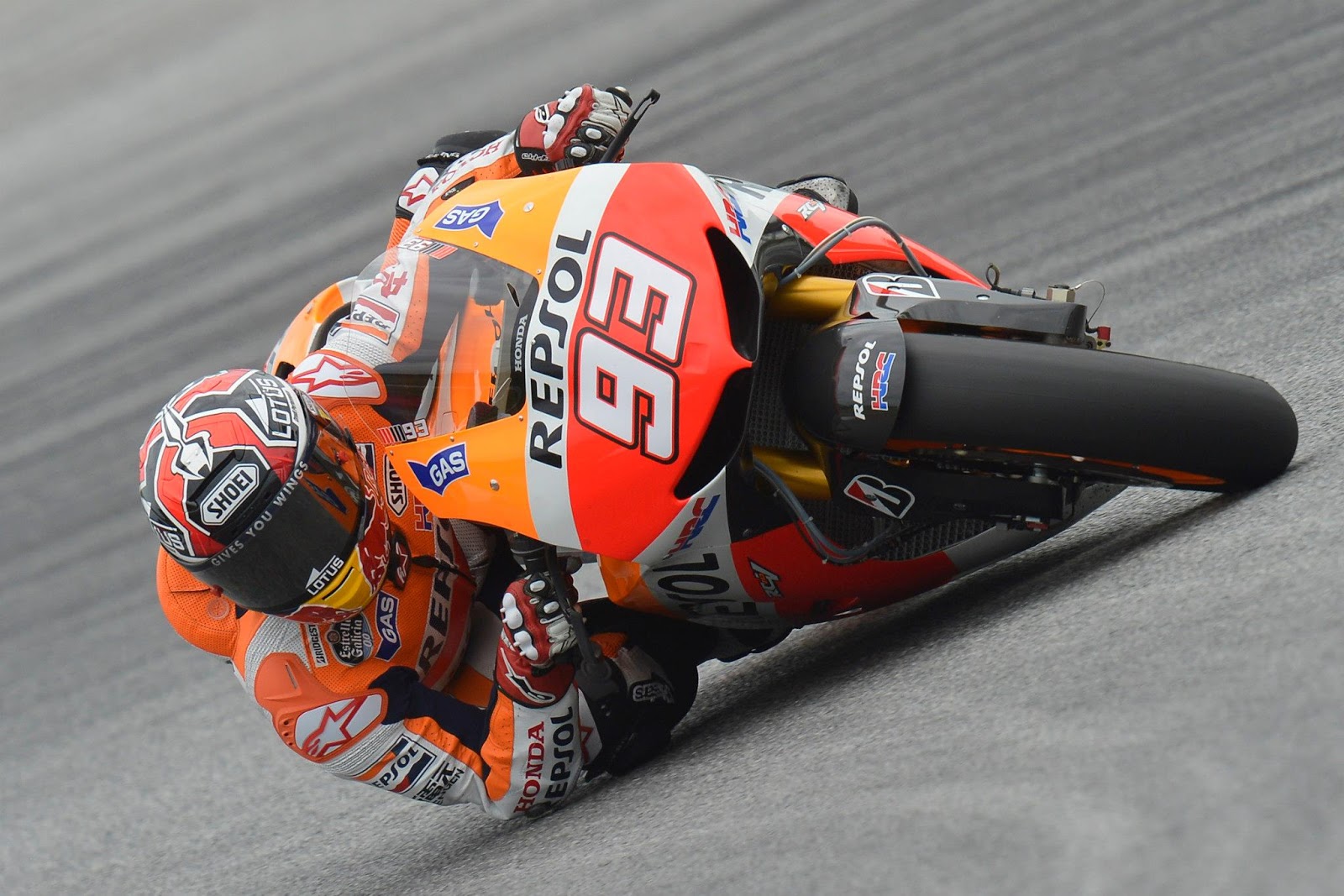 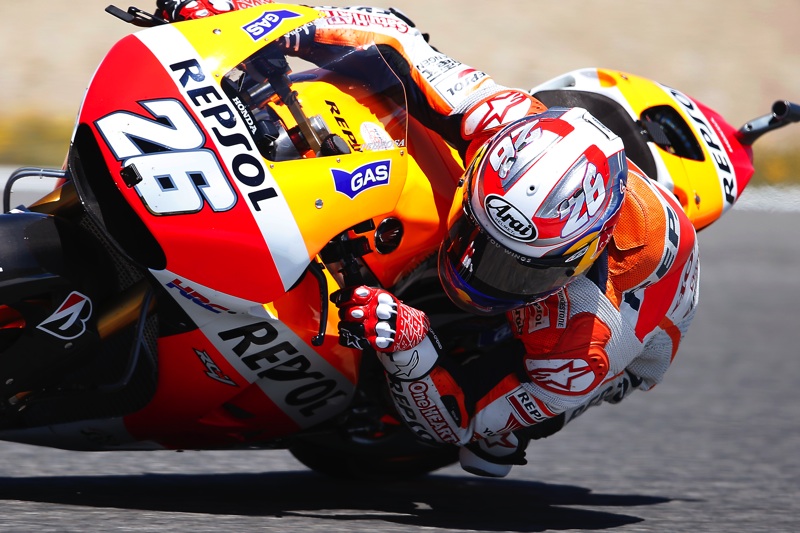 Recently crowned world champion Marc Marquez will start in top position for Sunday’s Malaysian MotoGP, surpassing the record for the most poles in a single season.

The Spanish Repsol Honda rider clocked a record lap time of one minute 59.791 seconds in Saturday qualifying at Sepang, 0.182 seconds ahead of his team-mate and compatriot Dani Pedrosa.

In third place was Spain’s Jorge Lorenzo, while his Yamaha teammate Valentino Rossi, who is battling him for the season’s runner-up title, qualified in sixth.

It was Marquez’s 13th pole of the year, breaking the previous record of 12 front-row starts in a season jointly held by Australians Mick Doohan and Casey Stoner.

His flying lap toward the end of the session also broke his own record from qualifying last year of 2 minutes 0.011 seconds. He came second in last year’s race.

Marquez said he was “definitely delighted” with his position after taking a tumble in the fourth practice session.

“Yes, I’m definitely motivated. To achieve 13 poles is not easy, and I’m happy with the record. But the main race is yet to come, and I want to be focused for that,” the 21-year-old said.

“Tomorrow won’t be easy because Dani was also very fast today, but I’m definitely looking to race in dry conditions. If it rains, then it’s a different story.”

Pedrosa content with second
Pedrosa, who topped all three practice sessions and has won the last two Malaysian Grand Prix, was the only other rider to finish below the two-minute mark, clocking 1 minute 59.973.

The 29-year-old, who has yet to win a MotoGP championship title, said he was content with his second-place finish.

“I had a really good lap time and was actually surprised with my timing considering the humid conditions. We did well with the set-up of the bike and will be ready for both weather conditions tomorrow,” he said.

Lorenzo — while happy with his lap time — was cautious ahead of Sunday’s race.

“The temperature was high today, and we struggled a little bit with the tyres,” the two-time world champion said.

“But I’m happy today. The team did a good job with the bike, setting it up nicely for the corners.”

The Italian legend is currently eight points ahead of Lorenzo, with only Valencia remaining after this.

The Monster Yamaha rider’s machine was engulfed in flames moments after he hit the asphalt, causing him to break a bone in his left foot. His fitness to race will be assessed on Sunday morning.

Three years ago, Sepang witnessed one of its darkest moments when Italian rider Marco Simoncelli was killed in a crash.