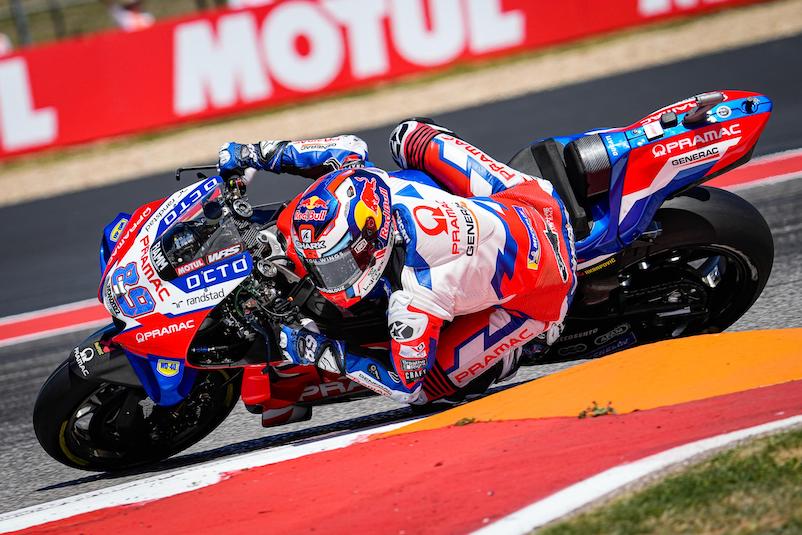 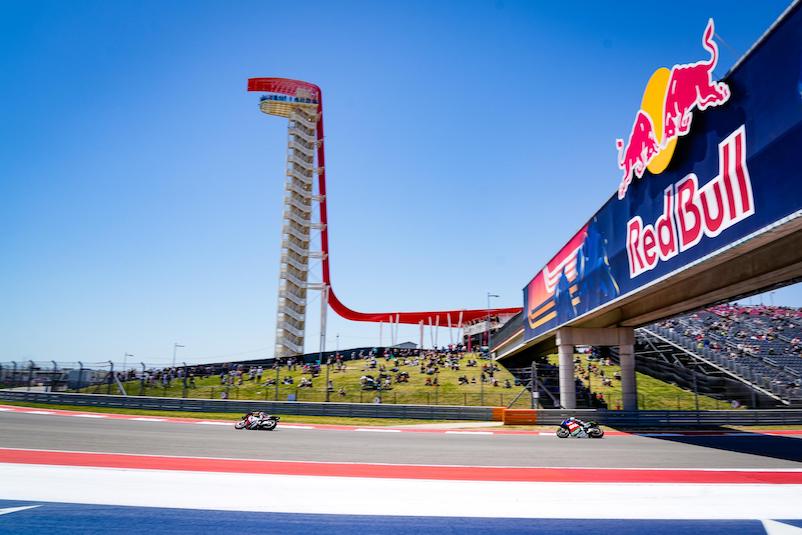 Jorge Martin’s (Pramac Racing) stunning Saturday afternoon form continued at the Red Bull Grand Prix of The Americas as the Spaniard comes from Q1 to claim a sensational second pole position of the season.

Rins was the early pacesetter, a 2:02.723 was the benchmark, but Martin took over at the summit with eight minutes to go. That saw Aleix Espargaro kicked out of the all-important top two, and chasing a time on his second run, Espargaro was down. Hopes of a Q2 place were gone for the Spaniard and the best he could hope for was a P13 grid slot. Luckily for the number 41, P3 in the session and P13 on the grid was where he stayed, as Martin and Rins progressed.

Q2 at the Circuit of The Americas then got underway and it was Miller who was the early pacesetter, as fellow Ducati rider Enea Bastianini (Gresini Racing MotoGP™) crashed at Turn 15. The Italian was able to pick his GP21 straight back up though, and immediately set off chasing a pole position lap time – no damage done.

Then, another crash. This time it was Fabio Quartararo (Monster Energy Yamaha MotoGP™) at the penultimate corner. Rider ok, 100m Olympic sprinter mode was activated, but this was now a race against time for the Frenchman who was provisional P7.

So at the end of the first set of runs, Miller was leading Bagnaia by 0.008s, with Martin and Bastianini making it a Ducati 1-2-3-4. Quartararo managed to make his way back to the garage with just over four minutes to go and straight away, the number 20 was back on track on his second YZR-M1.

Pecco came out of the traps on his second fresh rear soft Michelin tyre flying. 0.140s was his advantage through the third split and by the line, Pecco went top by 0.160s over teammate Miller. The latter, though, was also setting red sector times. Through the third split, Miller was 0.236s up on Pecco’s effort and sure enough, the Australian returned to P1.

But there was another Ducati rider lighting up the timing screens – Martin. The qualifying specialist lost time in the third split but a wonderful fourth split saw Martin pip Miller by the slimmest of margins: 0.003s. Was there anyone else challenging? Not by the looks of it. Quartararo was struggling to respond, Marc Marquez (Repsol Honda Team) had a quiet session and was shoved to P9 as Rins and Joan Mir (Team Suzuki Ecstar) jumped up to P7 and P8.

In the end, Martin’s 0.003s advantage was enough to beat Miller as Pecco joins his GP22 duo on the front row. Johann Zarco (Pramac Racing) and Bastianini, in P4 and P5, made it a Ducati demolition on Saturday in Texas.

How the Q2 runners line up

Behind the five Ducatis is Quartararo lining up in P6, how much did that crash affect the reigning World Champion’s pole position hunt? Rins and Mir head up the third row ahead of Marc Marquez, the eight-time World Champion had a quiet session in Austin, as fellow HRC rider Takaaki Nakagami (LCR Honda Idemitsu) rounded out the top 10. Luca Marini (Mooney VR46 Racing Team) and an under the weather Pol Espargaro (Repsol Honda Team) will launch from P11 and P12 respectively.

What a frantic and ferocious pair of qualifying sessions in Austin, as we now turn our attention to race day. Can anyone stop Ducati from claiming victory in Texas? And what can the World Championship leader muster up from P13? Time will tell. Tune in at 13:00 local time (GMT-5) to find out.