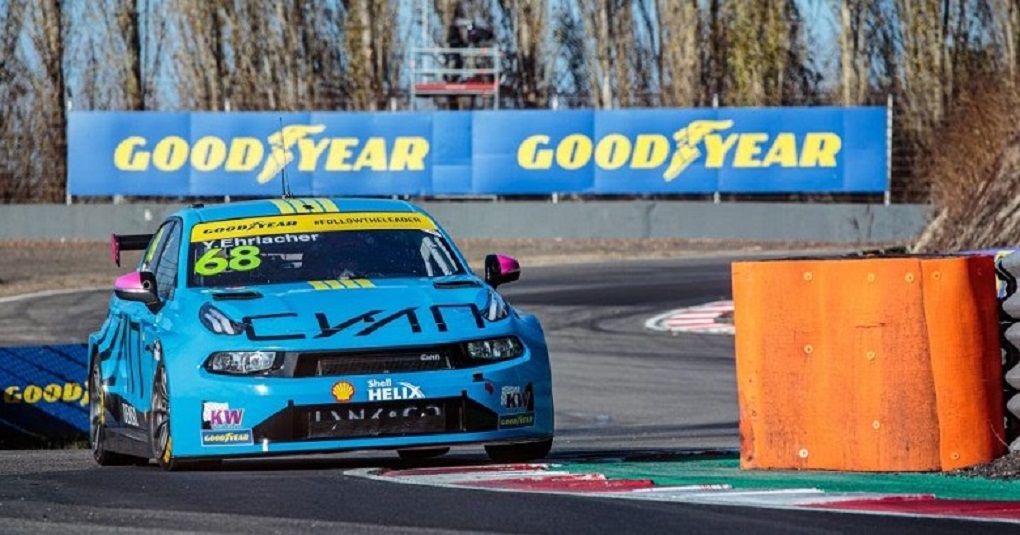 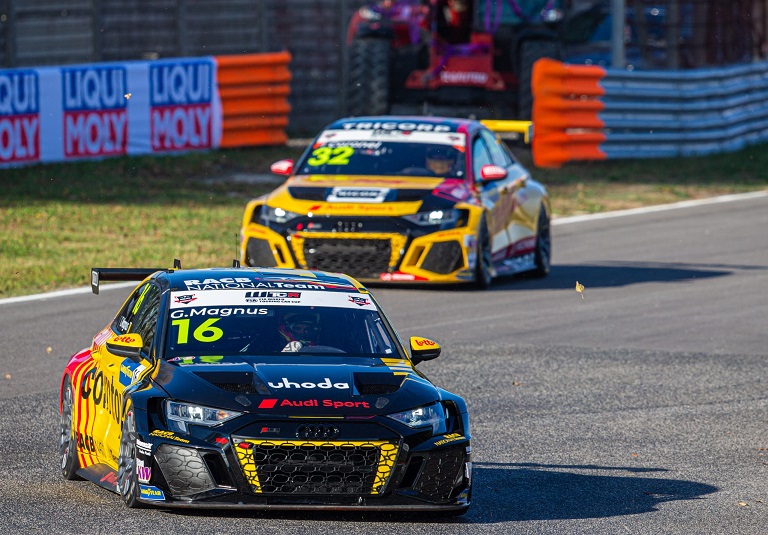 Yann Ehrlacher earned a maximum haul of points from Qualifying at WTCR Race of Italy this afternoon to enhance his status as Goodyear #FollowTheLeader and claim his maiden pole position of the season.

Driving a Goodyear-equipped Lynk & Co 03 TCR, the Cyan Racing Lynk & Co star took his first step towards a maximum score for the day by topping the 20-minute Qualifying Q1 session at Adria International Raceway to add five points to his season tally. The others to score were fellow Lynk & Co driver Santiago Urrutia in second, Gilles Magnus, Thed Björk and Norbert Michelisz, who jumped up to fifth late in the session.

But there was disaster for his fellow Hyundai driver Jean-Karl Vernay. The Frenchman, who is second in the points, failed to progress to Q2. He was P13, agonisingly missing out on making the top 12 and finding himself finished for the day. “Free Practice 2 went well and we were optimistic,” said Vernay. “But I only managed a run on one set of tyres. We have lost everything.”

Others who did not progress included Nathanaël Berthon (Audi), Rob Huff (CUPRA) and Luca Engstler (Hyundai). Home hero Gabriele Tarquini made it through to Q2 as the ninth fastest qualifier despite ending the session in a gravel trap – but the 59-year-old, who announced his impending retirement from racing ahead of the weekend, wasn’t able to take any further part in qualifying, leaving him in P12 overall.

Vervisch hits top form in Qualifying Q2
In the 10-minute Q2 session, Frédéric Vervisch hit form for Comtoyou Team Audi Sport by setting the fastest time to graduate to the Q3 one-at-a-time shootout. He was joined by Ehrlacher, who made it through in second despite losing his dashboard readouts. Thed Björk also made it through in third, along with Gilles Magnus – despite a brief excursion off the track – and Yvan Muller, making it three Lynk & Cos in the top five shootout.

Those to miss out on Q3 included Néstor Girolami in sixth, Norbert Michelisz (Hyundai), Tom Coronel (Audi) and Esteban Guerrieri (Honda). Crucially, Urrutia was in P10, which means the Uruguayan will start the partially reversed-grid Race 1 from pole position.

The King delivers with rapid Q3 run
Vervisch chose to run first in the Q3 shootout, the Belgian driving smoothly to set a target time of 1m49.510s. Ehrlacher was next, the King Of WTCR following his 2020 title triumph proving faster than Vervisch in the first two sectors. He was slower in sectors three and four – but still ended up 0.163s faster to hit the top spot.

Björk was third to run, the Swede banking a decent lap to end up a miniscule 0.005s slower than Vervisch, proving fastest of all so far in the final sector. Magnus was next for Comtoyou Team Audi Sport. The Belgian, who had been quickest in the first free practice session in the morning, didn’t have the pace on this occasion to threaten those ahead of him and was nearly seven-tenths of a second off Ehrlacher’s time.

That left Muller as the last to go, but a scruffy lap left him fifth, 1.309s slower than his nephew whose pole position was secure.

“It was a good day,” said a delighted Ehrlacher, who last qualified on pole at WTCR Race of Netherlands in 2019, 902 days ago. “The aim of this weekend was to maximise what we could score. It is never easy to adapt to a new circuit and the pressure is building up, but I am pleased with the work we have done today and now we have to keep scoring.”

Vervisch added four points to his season tally by ending up second fastest. “We are still trying to win the championship, but Yann has taken some good points today,” he said. “We did a good job, but it was not good enough. I thought we might be more competitive. We keep pushing in the races and we had strong pace last time in France.”

The result means Ehrlacher has stretched his provisional points advantage over Vernay to 26, with Guerrieri, Vervisch and Muller still in third, fourth and fifth respectively.

Race 1 at WTCR Race of Italy is scheduled to start on Sunday morning at 10h15 local time over a distance of 14 laps with the 17-lap Race 2 due to begin at 12h15. Click HERE for how to watch live.

Yann Ehrlacher (Cyan Racing Lynk & Co, Lynk & Co 03 TCR)
“It’s never perfect but it was close to perfect with 10 points in the bag for us. That Q3 lap was good and when you go just for that one lap it is always quite interesting to push to the limit and get the best out of the car and of yourself. We did really well today and the team did a mega job to provide me with such a good car on a track where we have never raced before. Just congrats to them and thanks to them as well. Then about the philosophy of it, we are leading at the moment but we are getting closer and closer to the end. I’m full of motivation, I want to be on pole and win races still. Almost whatever it will take I will take it to win and take pole. I will not manage anything until the end, I will not do crazy or stupid things that’s for sure. I will just go for it.”

Frédéric Vervisch (Comtoyou Team Audi Sport, Audi RS 3 LMS)
“It was also a very good lap and I was happy with that, but he is the leader and took maximum points. I’ve just found out in Q2 you don’t take points! So I’m a bit disappointed on that… I’m joking. It’s very hard, what can I say? We’re pushing very hard. I expected us Audis to be quicker, to be stronger the whole team, but it was not the case. So I’m a bit disappointed on that side. On the other hand I think we did the maximum today and tomorrow we have some good positions where we can fight for good points, so we need to keep on doing that. Everything will be quite exciting. Like Yann said, the first two laps will always be.”

Thed Björk (Cyan Performance Lynk & Co, Lynk & Co 03 TCR)
“It’s always tough, but I also have to start first by saying hi to Gabriele. He’s been a fantastic driver for such a long time, such a big motivation for young drivers who want to go touring car racing. It’s a big moment when you say you have to retire. I know we have been fighting hard and so on, but I have big respect for Gabriele and after this I hope you do really well with whatever you want to do. It feels really special to be here. I was doing the same in China with Yvan, but then he came back. But all the best, Gabriele. Going back to today, everybody is fighting so hard, with Yann putting the lap together. Everybody is pushing. It feels so good when you have a car you feel you can take to the limit, you feel the grip in it and it’s a good balance. It’s a good feeling as a race driver to have. It’s nice to be in third position but it’s always nice to be pushing your car to the maximum.”