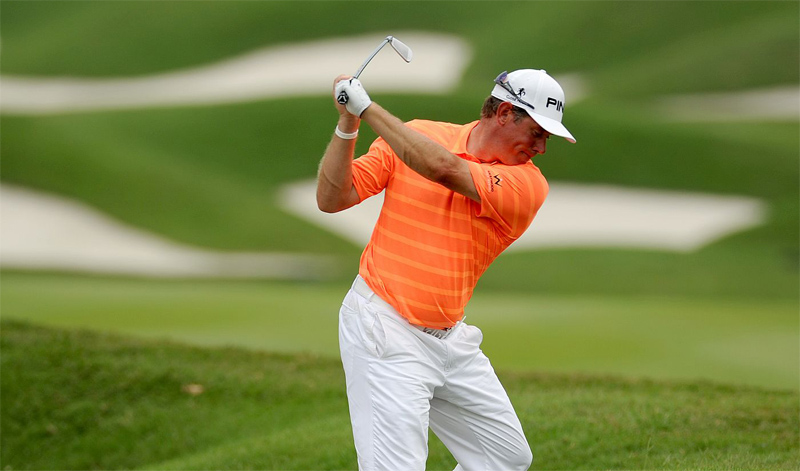 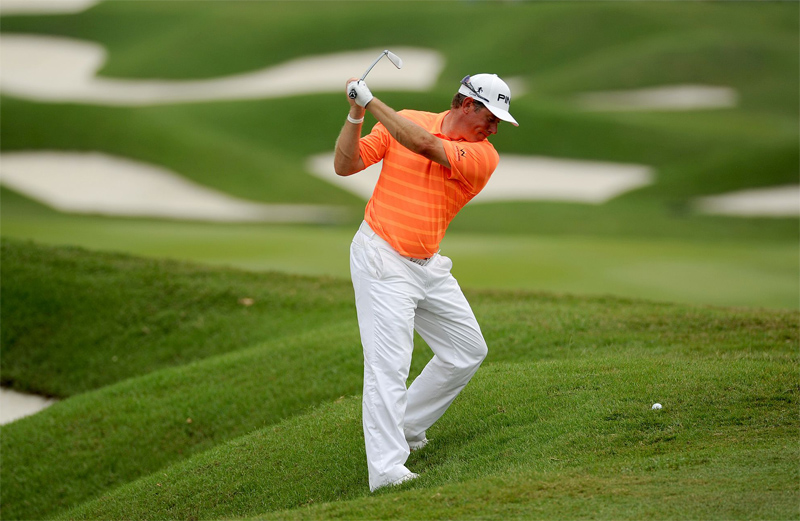 OVERNIGHT leader Lee Westwood saw his overnight four-shot lead reduced to one stroke by countryman Andy Sullivan after a tough third round at the Maybank Malaysian Open on Saturday.

Englishman Westwood, winner here in 1997, battled to a one-under-par 71 under sweltering conditions for a three-day total of 14-under-par 202 at the Kuala Lumpur Golf and Country Club.

Former Walker star Sullivan produced the day’s joint low round of 66 to charge into contention at the US$2.75 million championship sanctioned by the Asian Tour and European Tour.

Frenchman Julien Quesne fired a 69 to lie four off the pace in third place while Ryder Cup star Nicholas Colsaerts of Belgium settled for a 72 to trail a further shot back in the Malaysian capital.

Japan’s Masahiro Kawamura, a winner on the Asian Tour last season, was the best placed Asian in tied fifth position following a 70, six shots behind Westwood who has led since the opening round. Filipino Antonio Lascuna, playing in the last group with Westwood, shot a disappointing 77 to drop to tied 23rd position.

Westwood dropped a bogey at the finishing hole as he battled hard to hold on to his overnight lead to stay in the hunt to end a two-year title drought which dates back to the 2012 Nordea Masters in Sweden.

“It was really hot. That’s as hot as I’ve been on a golf course for quite some time. It was a real grind. I was leaking out there a little bit. You can get glazed up and lose your concentration quite easily. But I’m leading going into the last round so I’m quite happy with that,” said Westwood, who has won 12 times in the region.

The world number 36 was two-under for the day through 11 holes before the birdies dried up. He parred the next six holes but missed a par putt on 18 to allow Sullivan to get to within one of the lead.

“It will be hot again so I’ll have to try to keep control of my swing, the ball and my emotions. It is easy to get wound up when it is as hot and humid as this,” said Westwood, who turns 41 next week.

Sullivan, 27, was delighted to set up a final day shootout against Westwood, whom he idolises. The young Englishman made a big move highlighted by three straight birdies from the fifth hole after dropping his only shot on four.

Like most in the field, Sullivan ran on fumes and needed a birdie on 16 to keep his round going. “I felt myself getting a bit tired coming up on 15 and 16. I had a couple of sloppy swings in there but I didn’t drop any shots. I holed a good putt on 16 to keep the momentum going. It was tough out there to keep your concentration but I’m glad my adrenaline kept me going,” he said.

Quesne, a two-time European Tour winner, recovered from an opening bogey by shooting four consecutive birdies from hole four. He traded three more birdies against as many bogeys on his homeward nine to stay four shots from the leader.

“The first three holes were not so good for me but I birdied four in a row which was good. I hit a few bad shots in the middle of the round but I’m glad with how I recovered,” said Quesne.

The heat almost got the better of 2012 Ryder Cup star Colsaerts but he kept his cool by dipping his hands in ice. An important birdie on the last gave the Belgian a fighting chance to win the Maybank Malaysian Open.

“Nothing went right today. I didn’t play that well and I putted awfully. When you look at how many putts I had today – if I didn’t miss a few of these short ones it wouldn’t be so bad. You know, you’re dripping sweat everywhere and it throws you off sometimes. I was dipping my arms in ice to get some feel back. It’s not easy,” said the powerful Colsaerts.

Title holder Kiradech Aphibarnrat of Thailand had to withdraw before the start of the third round due to tonsillitis.