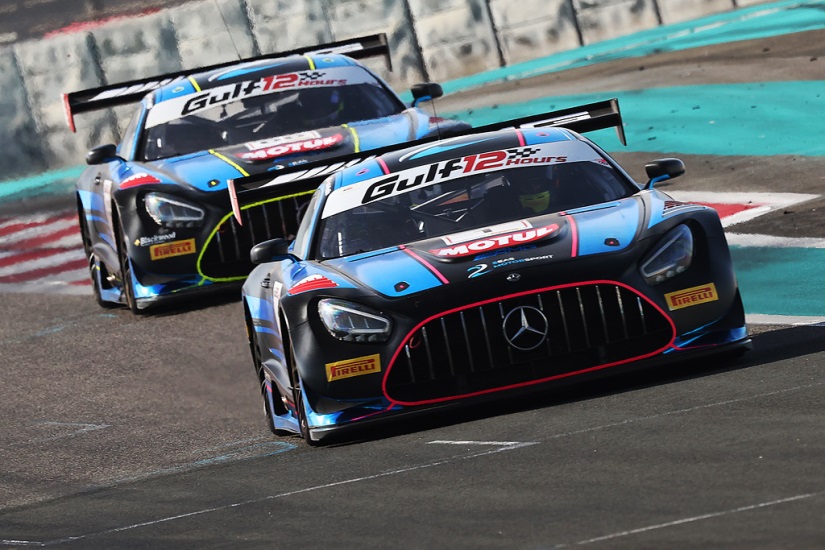 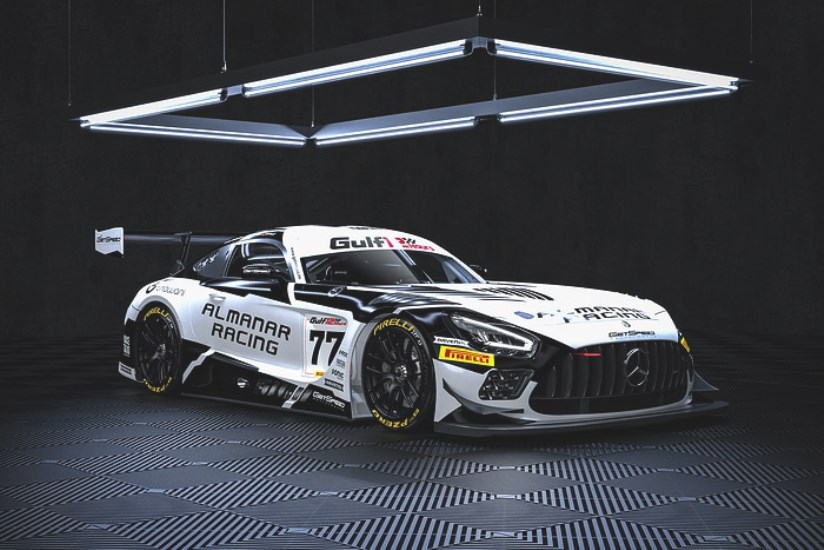 Mercedes-AMG drivers decide battle for the drivers’ title between them

Affalterbach. With the Gulf 12 Hours on 11th December, a successful Intercontinental GT Challenge season is coming to an end for Mercedes-AMG Customer Racing. The twelve-hour race at the 5.281 kilometres long Yas Marina Circuit is part of the IGTC calendar for the first time this year. Moreover, with 34 participating cars, it is also the biggest GT3 race in the Middle East.

Following the historic lock-out of the top three in the Bathurst 12 Hour, the 1-2 in the TotalEnergies 24 Hours of Spa and another first place in the Indianapolis 8 Hour, the goal for the customer sport teams is obvious: in the fourth and final round of the season, Mercedes-AMG again aims at victory. Across two seasons, it would already be the fifth consecutive one, an unparalleled streak of success in the high-quality intercontinental endurance championship.

For this consistency, the performance and sports car brand from Affalterbach rewarded itself with the early manufacturers’ title win in Indianapolis. Moreover, Kenny Habul (AUS) and Martin Konrad (AUT) have already secured themselves the Pro-Am drivers’ titles. In the endurance race at the track that underwent reconstruction last year, the battle for the overall drivers’ title will be decided.

With Daniel Juncadella (ESP/68 points), Jules Gounon (FRA/65 points), Raffele Marciello (SUI/50 points) and Luca Stolz (GER/43 points), four Mercedes-AMG drivers have chances to win the title. However, as a result of the driver combinations that have been entered, one point is already sufficient for Juncadella to seal the champion’s crown.

The line-up for the IGTC finale consists of seven Customer Racing Teams. A total of 28 drivers, male and female, will be in action across the nine participating Mercedes-AMG GT3. As a Performance Team, Mercedes-AMG Team GruppeM gets extended works support for the two Mercedes-AMG GT3 it is running.

The #89 car will have Jules Gounon, Daniel Juncadella and Raffaele Marciello as its drivers, the three of them having won the Spa 24-hour race in this combination. Meanwhile, DTM drivers Lucas Auer (AUT), Maro Engel and Maximilian Götz (both GER) will race the #98 sister car.

Following the victory in the most recent running of the Gulf 12 Hours in January 2022, 2 Seas Motorsport is taking on the prestigious endurance race as the defending winner. Therefore, Isa Al Khalifa (BRN) and Martin Kodric (CRO), race winners at the time, will be driving the Mercedes-AMG GT3 with starting number 1, together with Hunter Abbott (GBR). The line-up of team’s second GT3 with starting number 9 will be Aaron Walker, Lewis Williamson (both GBR) and a third driver to be announced shortly.

A further Mercedes-AMG GT3 will be run by RAM Racing. The British team has entered Mikaël Grenier (CAN), Ian Loggie and Morgan Tillbrook (both GBR) nominiert. Corinna Gostner, David Gostner, Manuela Gostner and Thomas Gostner (all ITA) will be alternating in the #58 MP Racing GT3.

Action during the Gulf 12 Hours gets underway with four practice sessions on Friday, 9th December. On Saturday, there will be two further practice sessions, followed by qualifying in four heats in the afternoon from 6.30pm local time (2.30pm CET). The race starts on Sunday, 11th December, at 10am (7am CET). The organising SRO is broadcasting all sessions from qualifying on its website and the video platform Youtube.

“With the Gulf 12 Hours, an extraordinarily successful season of our customer sport programme is coming to an end. This year, the Mercedes-AMG GT3 has proven its qualities on multiple occasions. Particularly in endurance races, our teams ran sensationally as the winning streak in the Intercontinental GT Challenge shows.

Because of the early manufacturers’ title win and the situation in the drivers’ standings with four AMG drivers at the front, we are relaxed and full of anticipation looking at the finale. At Abu Dhabi, we have the chance to write IGTC history with yet another win, which would be the crown on an outstanding season performance for the Mercedes-AMG brand.” – Christoph Sagemüller, head of Mercedes-AMG Motorsport

“Our Customer Racing Teams have outstanding achievements in this year’s Intercontinental GT Challenge. Four wins from four races in 2022 is an incredible ratio that we can all be very proud of. In the Gulf 12 Hours, we want to continue this streak. So far, no manufacturer has managed to win five IGTC races in a row. We want to change that. With our high-class line-up, I am confident that our customer sport teams will again be successful at Abu Dhabi.” – Stefan Wendl, head of Mercedes-AMG Customer Racing

“After this successful season, I can’t wait until the next IGTC race. With a view to the way the season went with two victories and a second place, anything else than the drivers’ title would be a disappointment for me. Meanwhile, Jules, Raffaele and myself are a well-attuned team as we have proven on multiple occasions this year. With their support, I firmly believe in success. Winning the IGTC finale and securing the championship title would be a dream coming true.” – Daniel Juncadella, Mercedes-AMG Team Gruppe M #89

“I can’t think of a nicer end of the season than in warm Abu Dhabi. I know the track, but such a high-class endurance race at over 30 degrees will certainly be very demanding physically after a long season. I am happy to be racing for GruppeM Racing again where I have experienced and especially fast colleagues by my side in Lucas Auer and Maro Engel. Our goal is absolutely clear: we want to conclude the 2022 motorsport season with a victory.” – Maximilian Götz, Mercedes-AMG Team Gruppe M #98